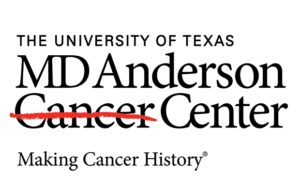 The University of Texas MD Anderson Cancer Center, the first member institution of Texas Medical Center, is one of the world’s most respected centers devoted exclusively to cancer patient care, research, education and prevention.

Created in 1941 as part of The University of Texas System, MD Anderson is one of the nation’s original three comprehensive cancer centers designated by the National Cancer Act of 1971 and is one of 68 National Cancer Institute-designated comprehensive cancer centers today. Since 1944, about 940,000 patients have turned to MD Anderson for cancer care in the form of targeted therapies, surgery, chemotherapy, radiation and proton therapy, immunotherapy or combinations of these and other treatments.

U.S. News & World Report’s “Best Hospitals” survey ranked MD Anderson as the top hospital in the nation for cancer care in 2013. It has achieved this highest ranking 10 times in the past 12 years and has ranked as one of the top two hospitals for cancer care since the magazine began its annual survey in 1990.