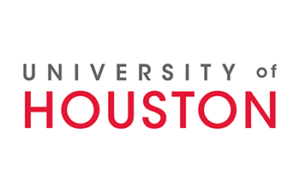 Chancellor and President, University of Houston

Renu Khator has just celebrated her tenth anniversary as president of the University of Houston and chancellor of the UH System.

UH, largest and oldest of the four UHS universities, enrolls more than 46,000 students, awards more than 9,400 degrees annually and produces a $6 billion-plus on the Greater Houston economy each year. During her tenure, UH has experienced record-breaking research funding, enrollment and private support, highlighted by the “Here, We Go” campaign, which has raised more than $900 million toward its $1 billion goal. Notably, UH was elevated to Tier One status in 2011 and awarded a Phi Beta Kappa chapter in 2015.

Born in Uttar Pradesh, India, Khator earned her bachelor’s degree at the University of Kanpur, and her master’s and Ph.D. degrees in political science and public administration from Purdue.  She is the first Indian immigrant to head a comprehensive research university in the United States.

Current and previous appointments include Chair of the Board of Directors of the American Athletic Conference, member of the U.S. Department of Homeland Security’s Academic Advisory Council, member of the Indian Prime Minister’s Empowered Expert Committee, Chair of the American Council on Education and of the Federal Reserve Bank of Dallas, and a Texas Women’s Hall of Fame inductee.