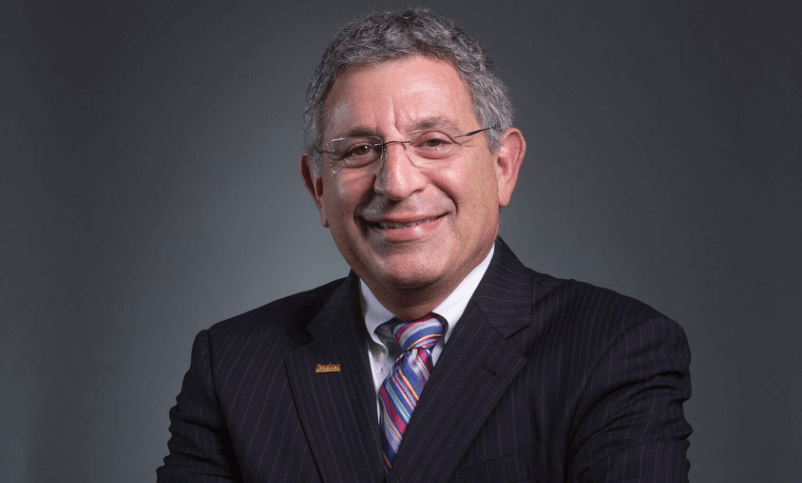 Speaking at Baylor College of Medicine’s Virtual Commencement Ceremony Thursday, Dr. Paul Klotman, president, CEO and executive dean, told the students that crises bring out inspiration that is tangible, often through the actions of one individual.

Noting that he experienced the early years of the HIV pandemic, 9/11, two floods, one hurricane, two hospital fires, H1N1, two flu pandemics, SARS, MERS, Ebola and now COVID-19, he told the students what stays with him.

“In each one, I was amazed that someone, some individual, inspired me. Someone just like you; not those legends that I had admired in the past. And each one of you has it within you to be inspirational,” he said.

David Baldwin, chair of the Board of Trustees, spoke to the graduates and their families through video.

Referencing the students’ volunteer work during the pandemic, Baldwin said, “We have been inspired by the volunteer activities that the students have undertaken to address the very basic needs of those in the Houston community as well as the Texas Medical Center. You have shown what servant leadership is all about.”

Through Damonti’s leadership, Bristol Myers Squibb has provided more than $100 million of support to the Baylor Pediatric AIDS Initiative at Texas Children’s Hospital during the last 20 years. That support has helped BIPAI provide HIV/AIDS treatment to 300,000 children, more than any other organization worldwide.

Dervan, also chair of the Scientific Advisory Board of the Welch Foundation, is internationally recognized for his research in the development and study of small organic molecules using sequence-specific recognition of DNA. He is credited with influencing the course of research in organic chemistry through his studies at the interface of chemistry and biology. He was named a National Medal of Science recipient in 2006.

In his remarks to the students, Klotman said when he graduated from medical school, he was inspired by legends whose careers had shaped the practice of medicine.

“At the time, they all seemed so distant to me, like they were in another world, another time, far ahead of me,” he said.

He then gave examples of how, as he went through each crisis, it was individuals who provided the inspiration.

“Early in the HIV pandemic, no one knew how the virus was transmitted. It is hard to believe now but hemophiliac kids who got HIV from their infusions were often ostracized. People were afraid to touch them because they were afraid they might get infected with HIV.

“I saw a group of pediatric interns hesitant to even walk into a room with an HIV positive kid. It was so awkward. And then, one of the interns, a young woman, did not hesitate, entered the room and walked up to the kid and gave him a great big hug.

“Sometimes to inspire others, you just have to walk into a room when no one else will.”

“Sometimes to inspire others, you just have to go to work and do your job because people need you,” Klotman said.

Dr. Robert McLaughlin, dean of the School for Health Professions, presented the eight candidates for the Master of Science degree. These students are the inaugural class in the genetics counseling program.

Dr. Joseph Kass, associate dean of student affairs, led the medical students in the administration of the Physician’s Pledge. Dr. Jennifer Christner, dean of the School of Medicine, presented the candidates for the Doctor of Medicine degree.

Klotman conferred the degrees on all the students.

Hannah Leigh Helber, Health Professions, Genetic Counseling; Dr. Alexandra Leigh Chang-Graham, Graduate School; and Andrew Wallace Jensen, School of Medicine, gave remarks on behalf of their classmates. All three referenced the circumstances in which they are graduating – in the middle of a global pandemic.

Helber said, “There is a high level of resiliency as evidenced by the fact that everyone here today is successfully graduating in spite of the unprecedented and uncertain times. Not only do trainees at Baylor know how to adapt, but they are masters at figuring out how to thrive no matter what.”

Chang-Graham noted that unexpected events are not unusual for graduate students. “The skills and strategies we have honed to overcome failures and turn them into successes are the basis of the Ph.D. conferred upon us today.”

Jensen said, “As we move forward from here, it is vital that we maintain those very things that got us here. In light of the recent worldwide events and the complete alterations to our lives that occurred thereafter, I think there is an additional core concept that is so important to keep in mind – positivity.”