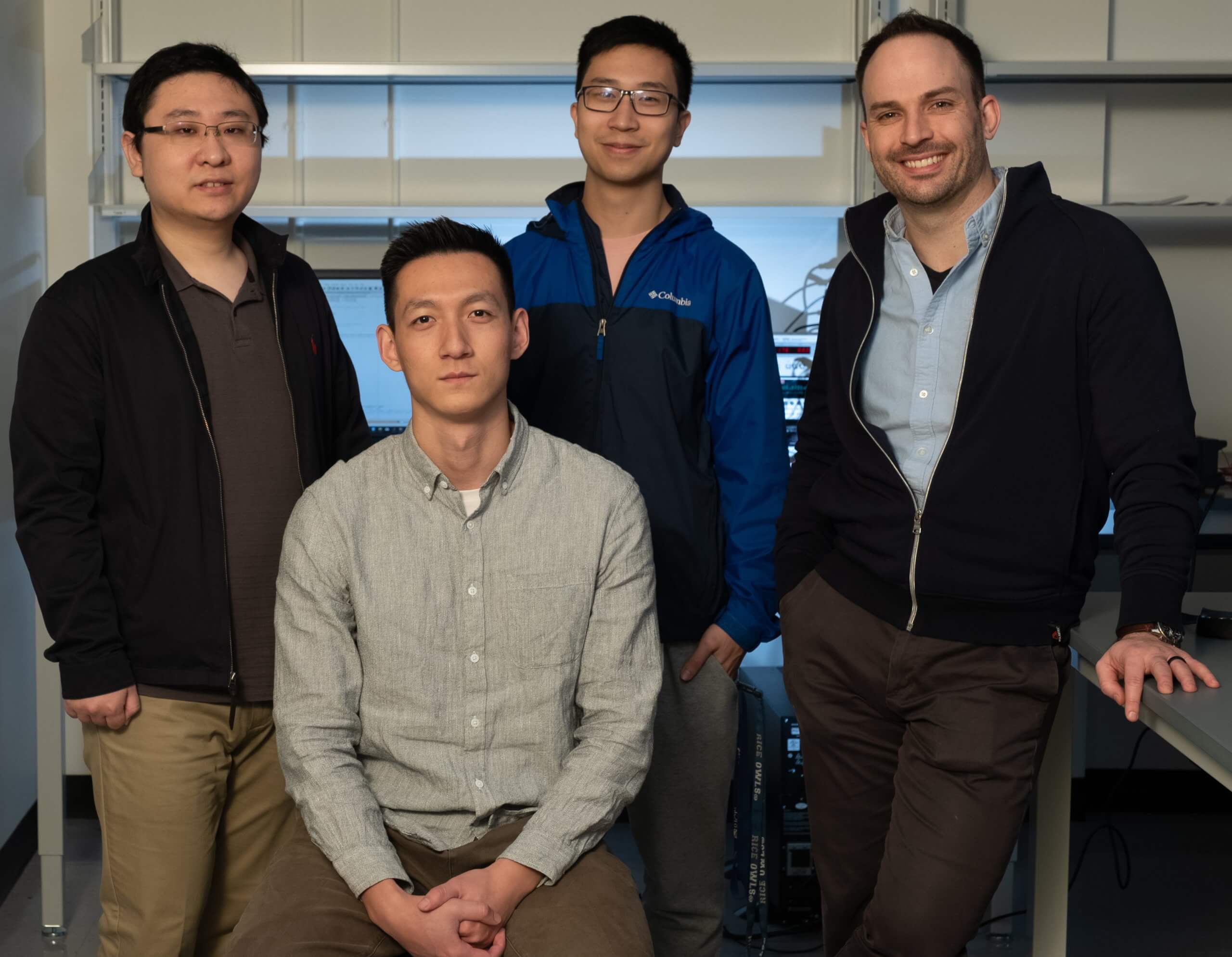 HOUSTON – (Feb. 19, 2020) – A team of Rice University engineers has introduced the first neural implant that can be both programmed and charged remotely with a magnetic field.

Their breakthrough may make possible imbedded devices like a spinal cord-stimulating unit with a battery-powered magnetic transmitter on a wearable belt.

The integrated microsystem, called MagNI (for magnetoelectric neural implant), incorporates magnetoelectric transducers. These allow the chip to harvest power from an alternating magnetic field outside the body.

“This is the first demonstration that you can use a magnetic field to power an implant and also to program the implant,” Yang said. “By integrating magnetoelectric transducers with CMOS (complementary metal-oxide semiconductor) technologies, we provide a bioelectronic platform for many applications. CMOS is powerful, efficient and cheap for sensing and signal processing tasks.”

“People have been demonstrating neural stimulators on this scale, and even smaller,” Yang said. “The magnetoelectric effect we use has many benefits over mainstream methods for power and data transfer.”

He said tissues do not absorb magnetic fields as they do other types of signals, and will not heat tissues like electromagnetic and optical radiation or inductive coupling. “Ultrasound doesn’t have the heating issue but the waves are reflected at interfaces between different mediums, like hair and skin or bones and other muscle.”

“It doesn’t require any internal voltage or timing reference,” he said.

Components of the prototype device sit on a flexible polyimide substrate with only three components: a 2-by-4-millimeter magnetoelectric film that converts the magnetic field to an electric field, a CMOS chip and a capacitor to temporarily store energy.

The team successfully tested the chip’s long-term reliability by soaking it in a solution and testing in air and jellylike agar, which emulates the environment of tissues.

The researchers also validated the technology by exciting Hydra vulgaris, a tiny octopuslike creature studied by Robinson’s lab. By constraining hydra with the lab’s microfluidic devices, they were able to see fluorescent signals associated with contractions in the creatures triggered by contact with the chips. The team is currently performing in-vivo tests of the device on different models.

In the current generation of chips, energy and information flow only one way, but Yang said the team is working on two-way communication strategies to facilitate data collection from implants and enable more applications.

Co-authors of the paper presented at the conference are Rice graduate students Yan He and Amanda Singer and research specialist Benjamin Avants.