Scientists need more evidence that this treatment is effective 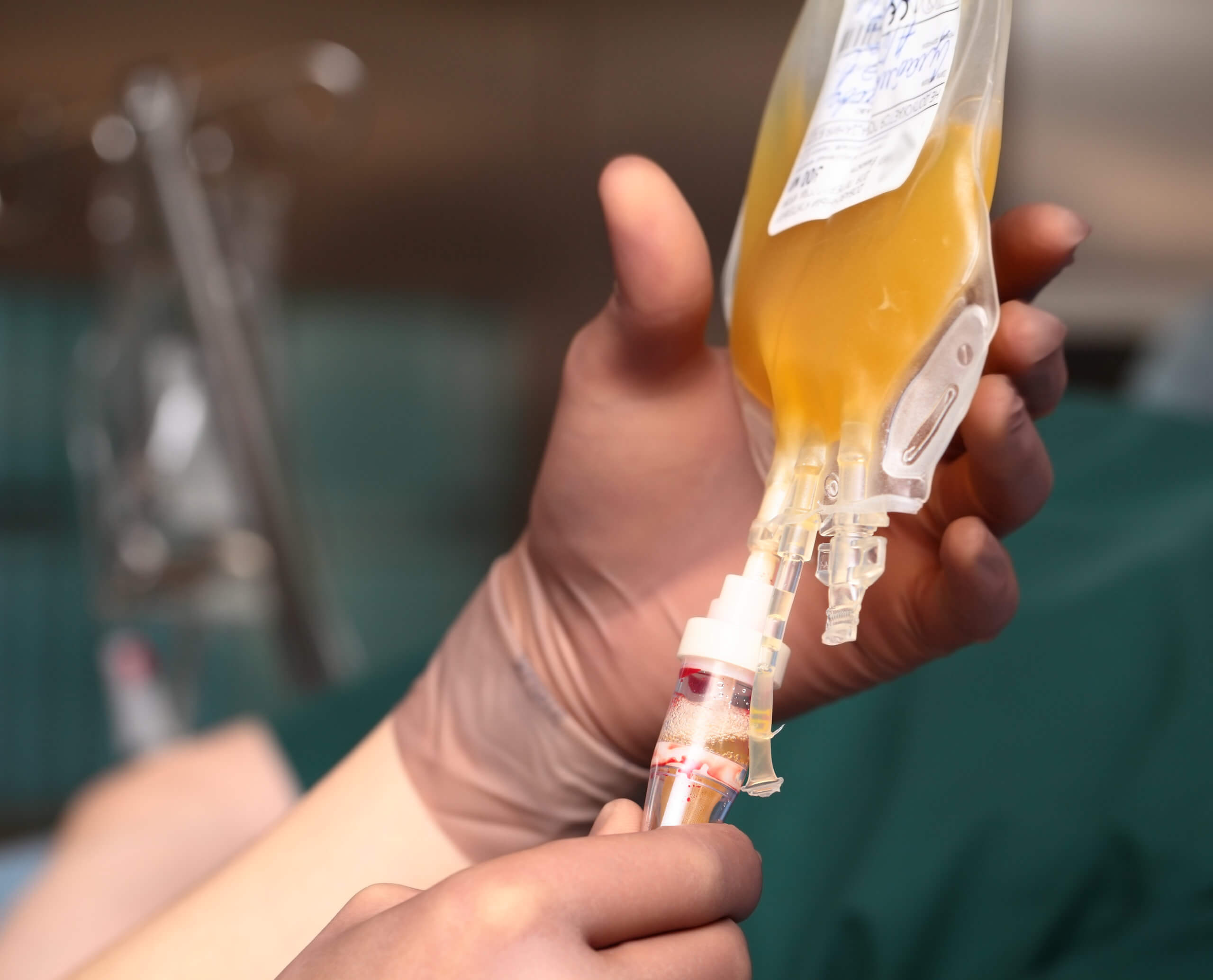 The University of Texas Health Science Center at Houston is joining New York University, the University of Miami and the Albert Einstein College of Medicine in a clinical trial to study the safety and efficacy of treating hospitalized COVID-19 patients with convalescent plasma therapy.

“We always felt that we needed a definitive answer to whether or not convalescent plasma works or doesn’t work and if it’s safe or isn’t safe,” said Luis Ostrosky, M.D., a professor with McGovern Medical School at UTHealth and medical director for epidemiology at Memorial Hermann-Texas Medical Center.

The trial aims to determine if hospitalized COVID-19 patients suffering from acute respiratory symptoms benefit from receiving transfusions of plasma donated by recovered COVID-19 patients. Plasma, the straw-colored component of blood, is rich in antibodies that are produced by the immune system to seek and destroy foreign substances in the body, such as bacteria and viruses.

Funded by an $8 million grant from the National Center for Advancing Translational Sciences, which is part of the National Institutes of Health (NIH), the clinical trial plans to enroll 1,000 patients—400 from UTHealth sites in Houston and Tyler, 400 from the University of Miami and 200 from New York University.

News of the clinical trial came amid recent turmoil between the U.S. Food and Drug Administration (FDA) and a group that included scientists and federal health officials.

NIH director Francis Collins, M.D., Ph.D., and National Institute of Allergy and Infectious Diseases director Anthony Fauci, M.D., were part of a cadre of health leaders who argued that preliminary data from the largest convalescent plasma clinical trial, conducted by the Mayo Clinic, was weak and inconclusive—prompting the FDA to hold off on moving forward with an emergency use authorization for the experimental therapy.

However, the FDA reversed its decision on Aug. 23. The agency issued an emergency use authorization for convalescent plasma therapy to treat COVID-19 patients after the White House intervened.

Observational data from the Mayo Clinic’s Convalescent Plasma Expanded Access Program showed that the earlier patients were given the transfusion, the better —but not by much. The seven-day mortality rate was 8.7 percent in patients who received the transfusion within three days of their diagnosis and 11.9 percent in patients who received the therapy four or more days after their diagnosis. While there was some mortality benefit to hospitalized patients, health experts were apprehensive about the results because it was not a placebo-controlled trial—which compares a group of subjects receiving the treatment to a group receiving a placebo. Including a control group to serve as a comparison is the gold standard for evaluating whether or not an intervention is safe and effective.

“The problem with that trial is that they had no controls, so they had no idea if this works,” said David McPherson, M.D., chair of McGovern Medical School’s department of internal medicine and principal investigator for the UTHealth’s Center for Clinical and Translational Sciences. COVID-19 patients treated with plasma therapy at UTHealth and Memorial Hermann were part of the 35,000-patient cohort that made up the Mayo Clinic’s program. “The one thing that the [Mayo Clinic] trial showed is that it doesn’t do any harm. That’s good, but really, the question is: Does it work?”

Scientists and researchers say they appreciate the urgency of developing a treatment, but that it must be done right.

The NIH-funded study in which UTHealth is now participating distinguishes itself from the Mayo Clinic trial in that it will be a randomized and double-blind. Neither the patient nor the physician will know who receives the convalescent plasma or the saline solution placebo.

Baylor College of Medicine also recently announced that it will be enrolling patients from their emergency department in a randomized, double-blind study.

“The best way to assess the efficacy and safety of an intervention, drug or a product is to always compare it in a blinded fashion,” Ostrosky said.

The UTHealth team has been busy recruiting patients since the study launched.

Ostrosky, who also serves as an infectious disease specialist at UT Physicians, admitted that the FDA’s recent controversy will affect enrollment, but he said he believes the local study has a strong scientific rationale.

“We still feel that this is the right study to be doing at this time because we don’t have a clear answer as to whether convalescent plasma works,” he added. “We’re still in a position where we can obtain that answer and [patients] would be contributing to our understanding of this therapy.”

Ultimately, COVID-19 is not going away anytime soon and another spike in cases is likely to occur, making studies like this all the more important, McPherson said.