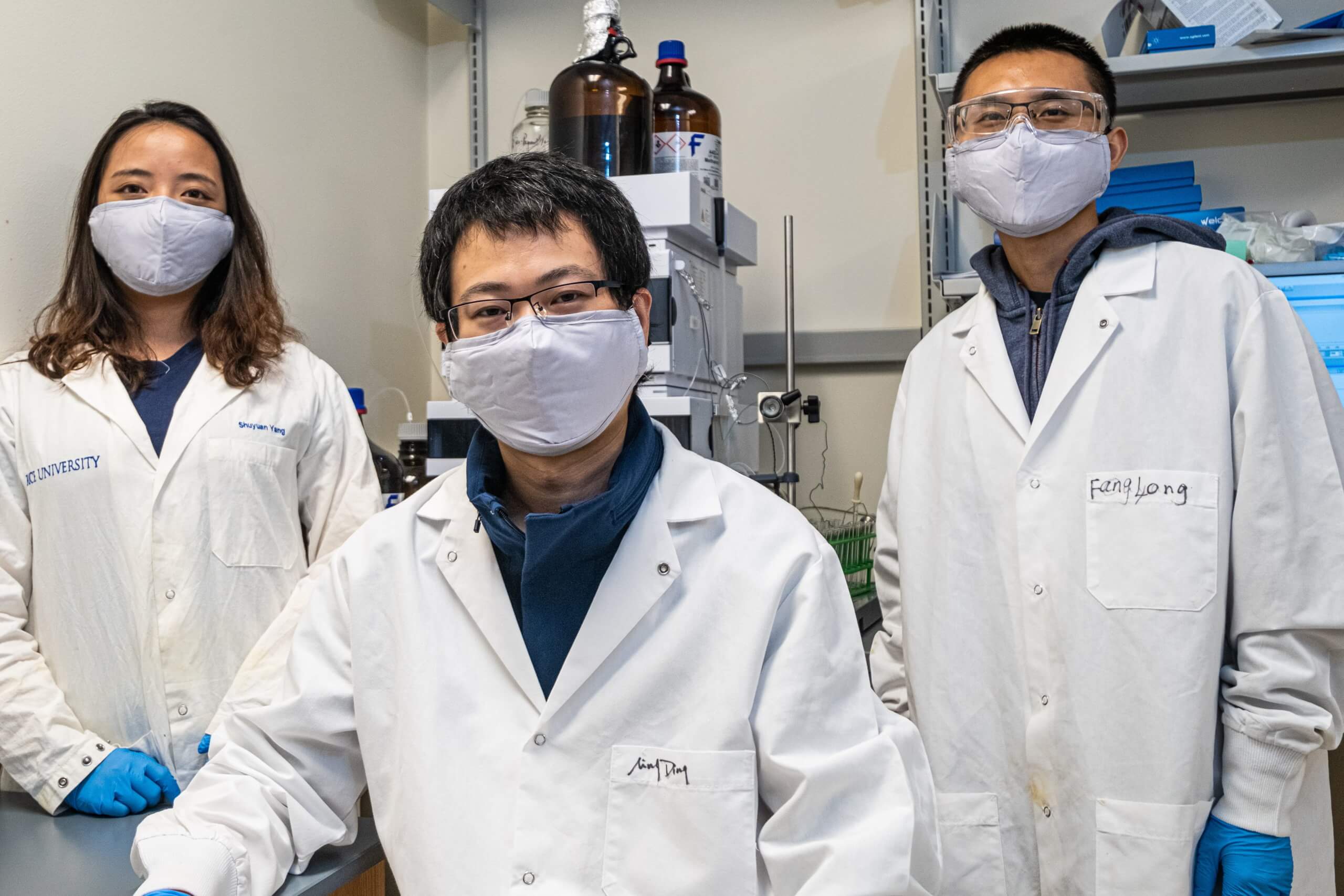 A five-year National Institutes of Health grant will allow the lab of biomolecular engineer Xue Sherry Gao of Rice’s Brown School of Engineering to use advanced gene-editing technology to help discover new drugs that stay one step ahead of diseases’ frustrating ability to become resistant.

The $1.9 million grant administered by the National Institute of General Medical Sciences will fund Gao and her team as they use CRISPR-Cas genome editing to facilitate drug discovery based on natural fungus, a well-established source of therapeutics, including penicillin.

They plan to deepen their understanding of how the enzymes in fungi synthesize useful compounds and then create CRISPR-based toolkits to characterize the genes responsible and adapt them for novel drug development.

“More than 60% of the small-molecule drugs approved by the FDA are derived from natural sources,” Gao said. “Although there are also synthetic molecule drugs. People work really hard to synthesize new scaffolds and then test them for drug use.
“We want to explore how nature builds these complex small-molecule scaffolds, the most famous example of which is the antibiotic penicillin, which saves millions of lives,” she said. “A lot of organisms are hard to culture in laboratory conditions, but filamentous fungus is a rich resource for drugs, and relatively easy to grow in the lab. If you leave food on your kitchen counter during the summer in Houston, you know what I mean.”

The grant came through days after the lab published a paper in Angewandte Chemie that shows how the lab anticipates attacking the problem. The study led by Gao and Rice postdoctoral research associate Fanglong Zhao employed genetic manipulations to modify the fungus strain and to discover the mechanism that produces quinolone-gamma-lactam, a small molecule found in filamentous fungi that could help treat cancer and Alzheimer’s disease.

“Separate quinolone and lactam rings have been extensively studied and developed into many small-molecule drugs,” said Gao, who noted their use as antibiotics and as anticonvulsant drugs. “The molecule we found in our laboratory fuses these two important rings together. We want to know how nature synthesizes this quinolone-gamma-lactam hybrid ring, which had not been discovered before.”

She said using the hybrid as a scaffold for novel drugs could greatly speed their development. “It’s difficult to chemically synthesize this from scratch and the yield is low, but in this case, the fungus does everything for you,” Gao said. “We want to first understand what makes the fungi smart enough to make this molecule.”

Editing the genomic DNA of the host fungus helped the researchers pinpoint genes responsible for programming the hybrid molecules. “Only when we deleted the essential gene responsible for the synthesis of this molecule did we see it disappear,” she said.

The researchers expect the grant to help them expand on that success. “Once we understand how enzymes synthesize this small molecule, we’re able to do enzyme engineering to produce different products that could be even better than the natural ones.”