Influenza prevention has curtailed illness, hospitalizations and deaths for decades 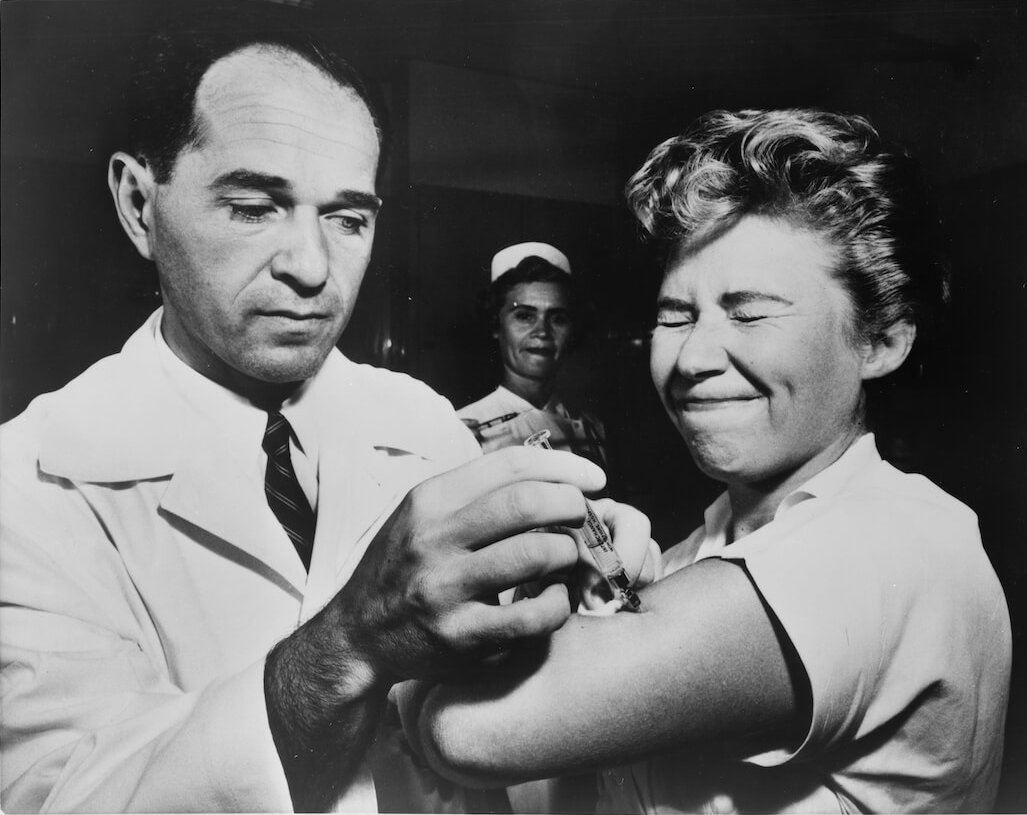 While there is not yet an inoculation for the novel coronavirus (SARS-CoV-2) that causes COVID-19, effective seasonal influenza virus vaccines have been available for a full 75 years.

A global public health crisis has fast-tracked vaccine development for COVID-19 just as a pandemic more than a century ago brought the flu vaccine to fruition.

In 1918, about 500 million people, or one-fifth of the world’s population, became infected with the virus known as the “Spanish” flu, according to the Centers for Disease Control and Prevention (CDC). The estimated 50 million deaths worldwide included about 675,000 in the United States.

“The 1918 Pandemic was the reason the military was so invested in getting a vaccine during World War II. They had seen what happened during World War I,” said Catherine Troisi, Ph.D., infectious disease epidemiologist and an associate professor at The University of Texas Health Science Center at Houston (UTHealth) School of Public Health.

Influenza still causes widespread sickness and claims lives annually. During the 2018-2019 flu season, the CDC estimated that 35.5 million people in the United States were ill because of the virus, more than 490,000 were admitted to the hospitals and about 34,200 died.

Also this week, a new analysis conducted by a team at UTHealth found that the influenza vaccine is tied to a lower risk of Alzheimer’s disease. The findings were presented during the Alzheimer’s Association International Conference 2020.

For the flu, annual vaccination is important because the viruses circulating will change from one season to the next.

“The reason you get vaccinated every year is twofold,” Troisi said. “The virus changes from year to year. Sometimes a little bit—that’s called the antigenic drift—and sometimes a lot, and that’s called antigenic shift.”

The last flu pandemic happened in 2009 with a novel influenza A virus known as H1N1 that contained “a unique combination of influenza genes not previously identified in animals or people,” according to the CDC.

“That was antigenic shift,” said Troisi, who earned her epidemiology doctorate from the University of Michigan, the same academic setting that produced the first flu vaccine. She also is a former assistant director of the Houston Health Department. “The reason we were so scared in 2009 is that we hadn’t seen H1N1 since 1918, so younger people didn’t have antibodies to it.”

Today, with COVID-19 continuing to spread, public health workers and government officials promoting prevention to curb transmission and medical workers hustling to treat patients, the influenza vaccine stands as a sturdy reminder that solutions can be found for deadly diseases if history remains our guide.

At least 150 COVID-19 vaccines are under development worldwide. Even with the most advanced in-human clinical trials, the rosiest projections have vaccines delivered by the end of the year. The U.S. government’s “Operation Warp Speed” aims for 300 million doses by January. So far, the U.S. Department of Health and Human Services has authorized $1.95 billion to engage Pfizer and biotech firm BioNTech for 100 million doses and another $1.6 billion with Novavax to accelerate 100 million doses. Both vaccines are likely to require two doses.

The enduring influenza vaccine with its annual updates can help shield people during the upcoming flu season. This will be important as the respiratory virus that causes COVID-19 will likely still be circulating.

“It was something so catastrophic and we barely even talk about it. The only people that were protected, or that got better, were those who were getting blood from those who had previously been exposed to the flu,” he said. “That’s how they figured out that this vaccination thing might actually work. People who got these transfusions had antibodies to prevent the flu.”

Similarly, convalescent plasma treatments via transfusions have been used to arm some COVID-19 patients with the antibodies their immune systems need to recover.

And while this new virus has caused a global health emergency, there hasn’t been a flu pandemic akin to 1918 since widespread flu vaccination began in 1945.

“That is despite the number of people on the planet tripling since then. If that’s not an indication that flu vaccine works, I don’t know what is,” Raza said. “The flu can kill you. The importance of the flu vaccine cannot be stressed enough.”

Health officials continue to strongly recommend annual flu vaccination—if for no other reason in 2020 than to mark 75 years of prevention.

“I think the best way to celebrate is to go out and get a flu shot,” said clinical pathologist S. Wesley Long, M.D., Ph.D., the medical director of Houston Methodist Hospital system’s diagnostic microbiology lab who also runs the organization’s online flu tracker.

An Influenza A strain jumps from birds to humans, creating a pandemic that kills an estimated 50 million people worldwide. More World War I soldiers died from flu than were killed in battle. The episode stimulates influenza research.

Researchers isolate Influenza A and start the first clinical trials of flu vaccines.

The first flu vaccine is developed and given to soldiers during World War II.

University of Michigan researchers Thomas Francis Jr., M.D., and Jonas Salk, M.D., develop the first inactivated flu vaccine with support from the U.S. Army. The U.S. military placed a high priority on influenza vaccine development following the flu deaths of about 1 in every 67 soldiers during the 1918-1919 pandemic, which coincided with the end of World War I.

The first influenza vaccine is approved for military use in the United States. The whole-virus, inactivated bivalent vaccine, which offered protection against Influenza A and Influenza B, had been tested on military recruits and college students.

The flu vaccine is approved for civilian use.