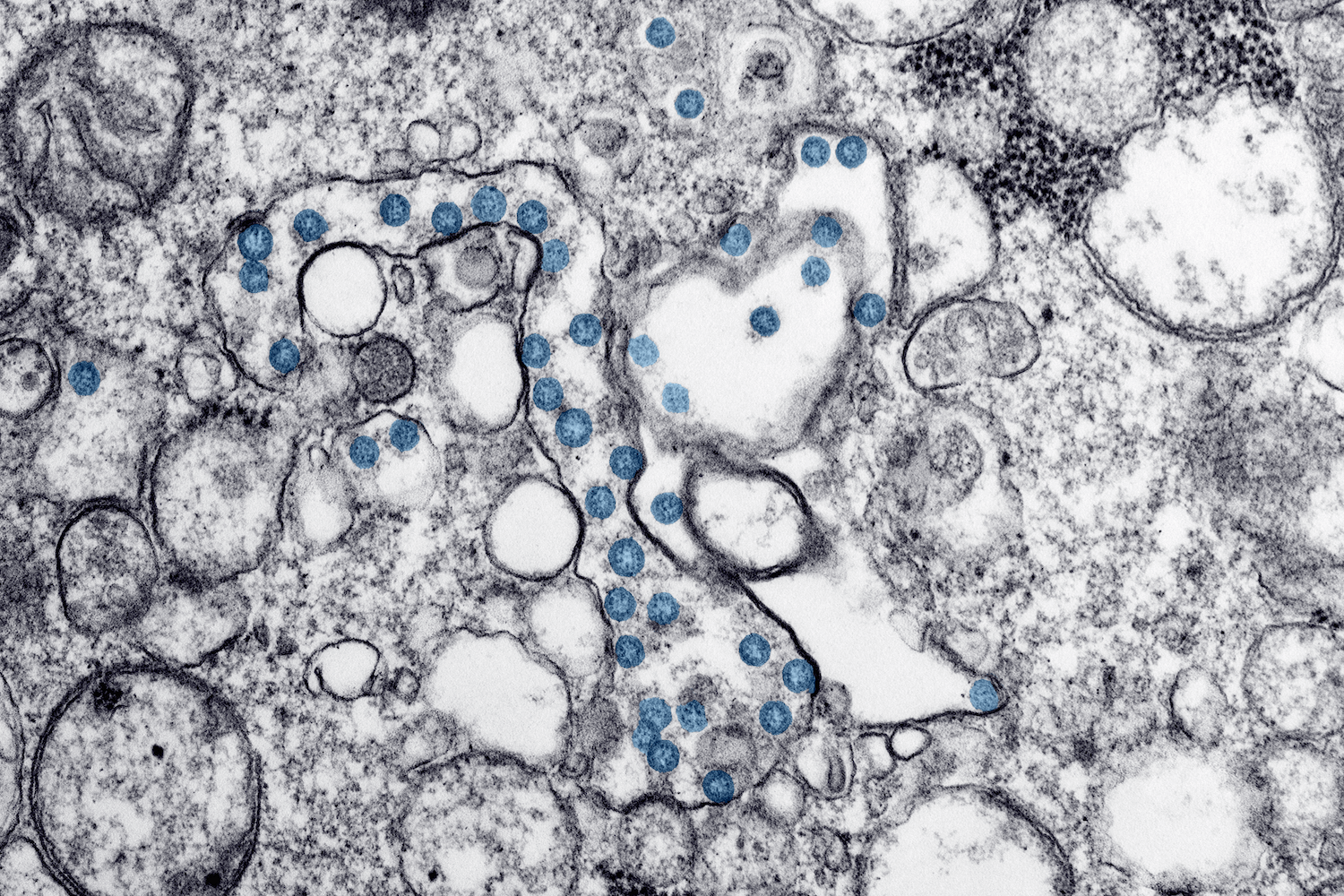 The U.S. Food & Drug Administration (FDA), which ensures the safety and efficacy of drugs and medical therapies developed in the United States, has published a comprehensive set of guidelines for researchers and industry partners hoping to develop a vaccine for COVID-19. The public document attempts to balance the need for thorough scientific and safety studies with the urgency that comes with an uncontrolled global pandemic.

In a statement published concurrently with the recommendations, FDA Commissioner Stephen M. Hahn, M.D., said the FDA “will not cut corners in our decisions and are making clear through this guidance what data should be submitted to meet our regulatory standards. This is particularly important, as we know that some people are skeptical of vaccine development efforts.”

“The idea is to help people developing vaccines so that …  they know what the regulator is going to want to see in terms of data to support licensure so there are no surprises,” said Alan Barrett, Ph.D., director of The Sealy Institute for Vaccine Sciences at The University of Texas Medical Branch at Galveston (UTMB), a World Health Organization Collaborating Center for Vaccine Research, Evaluation and Training on Emerging Infectious Diseases.

Vying for a place at the table are at least 300 vaccine candidates, Barrett said, many of which are exploratory and don’t fit into the normal vaccine development pathway. Approximately 70 to 100 of those vaccine candidates already have manufacturing partners and somewhere between 21 and 25 are currently in some form of clinical trial. These candidates are spread throughout the world.

The technology being used to produce or administer the vaccine candidates varies widely and includes the traditional live attenuated vaccine and the traditional inactivated vaccine as well as DNA, RNA, protein and viral vectored vaccines, among others. Some of these technologies have not been approved for human vaccine use before, Barrett said, reinforcing the necessity of FDA guidance.

The regulatory document makes special note of the expectation that researchers include diverse populations in every phase of clinical development, including populations most affected by COVID-19 such as racial and ethnic minorities, the elderly and individuals with comorbidities or pre-existing conditions. The FDA’s document also requests data on use during pregnancy as well as pediatric considerations.

Importantly, the guidance emphasizes the importance of the size of clinical trials to reliably show both the safety and efficacy of a vaccine candidate, as well as the expectation that the vaccine demonstrates a 50 percent effectiveness, meaning that it would prevent disease or decrease the severity of COVID-19 disease in 50 percent of the people who are immunized.

That’s a number that has proved controversial, with some seeing 50 percent as a reasonable expectation while others seeing efficacy in just half of all subjects as nowhere near good enough.

“Ideally you want to have a vaccine that is 100 percent protective, right?” said Maria Elena Bottazzi, Ph.D., associate dean of the National School of Tropical Medicine at Baylor College of Medicine. “Certainly, though, anything at this point with some protection it is going to be better than zero.”

According to UTMB’s Barrett, 50 percent protection is not an uncommon expectation for a vaccine candidate.

“The media has made this big thing about the 50 percent efficacy, saying this is too low, this is too low. But I see it the other way around,” said Barrett, who is also a professor in the Department of Pathology at UTMB. “The FDA is trying to get something out there that will actually do something to combat the disease, and I think if somebody had said 90 percent, everyone would have complained it was too high. I really do see this document as the FDA trying to be very helpful.”

A current vaccine candidate for malaria has somewhere between a 39 and 45 percent efficacy, Barrett added, and experts consider that to be a reasonable expectation.

“If you’re going to stop 50 percent of the cases of COVID, that’s a real, tremendous input, and we’re only talking about a short time,” he said. “We’re talking about all of these vaccine candidates getting out there and trying to get a short list that we know is really good.”

Barrett said he could see a future where different vaccines are used for the same individual—a “layered” approach toward protection. The technique is called a heterologous prime-boost, where two different vectors or delivery systems are used for immunization against the same virus. It is similar to a booster shot, but rather than receiving the same vaccine multiple times—known as a homologous prime-boost—individuals would receive different types of vaccines containing the same antigens, which some studies suggest may provide better protection.

“My guess—crystal-ball gazing—is that more than one vaccine candidate will look OK, and when they’re combined with something else they will do really well,” Barrett said.

That theory takes into account one of the biggest hurdles so far in developing a vaccine for COVID-19 disease: coronavirus antibodies do not seem to offer much immunity.

“Immunity for coronaviruses is not long,” Barrett said. “If you look at people who have had COVID infections, they don’t seem to get very high levels of neutralizing antibodies.”

Bottazzi, who is also the co-director of the Texas Children’s Hospital Center for Vaccine Development, acknowledged the concern, but reiterated that at this point in the pandemic, some immunity is better than none.

“We need a vaccine that can induce a lot of neutralizing antibodies,” she said. “Now, whether those antibodies are going to be durable—that you need only one dose or two doses or eventually three doses—we don’t know. But if we can find something that has a really good safety profile … and then you can show that it can last enough to reduce the burden, that would be good.”

Recognizing the urgency, the FDA lays out a clear path in their guidance document for the early approval of vaccine candidates under two exceptions: Emergency Use Authorization (EUA) and Accelerated Approval. Emergency Use Authorization would be utilized due to the nature of COVID-19 as an uncontrolled public health emergency and includes the provisional public use of an investigational vaccine based on preclinical and human clinical study data on the vaccines’ safety and effectiveness.

In contrast, Accelerated Approval would require more understanding of the SARS-CoV-2 virus itself—including identification of an immune response or other measure—and how to target that pathway to provide clinical protection. In other words, an EUA would be issued based on how patients respond, whereas an Accelerated Approval would only be issued based on clear scientific understanding of how the vaccine itself neutralizes or attacks the SARS-CoV-2 virus.

Bottazzi, who is herself working on a vaccine for COVID-19 disease with a team at Baylor, acknowledged the benefits of an EUA, especially in the midst of a pandemic, but cautioned against the risk of losing control of ongoing safety studies.

“If you push something into an emergency use, but then you don’t have the mechanism to keep track of it in the long run and you expand the populations that are getting it through this emergency approval, you’re losing control and you’re losing the ability of following the data and doing the necessary surveillance,” Bottazzi said.

Both Barrett and Bottazzi said it was unlikely that a vaccine would be in production at the end of 2020, despite the national push toward expediency. The number of volunteers needed for the clinical trials alone is an enormous hurdle, the researchers noted, on top of the months required to follow those volunteers for adequate safety surveillance.

“It really is a very big deal trying to do it,” Barrett said. “We’re trying to coordinate it so that we can probably do five vaccine candidates before Christmas—that’s the discussion. And just think of how many sites will be needed to do that. I think it would be a problem getting volunteers, and I think the problem will be coping with the number of samples, because you’re going to have to follow those volunteers for a couple of years—that’s what happens in a clinical trial. So, 30,000 times five, times seven samples, and they’ve all got to be processed to look for neutralizing antibodies and other markers. It’s a huge undertaking.”

Barrett said that if he had to guess, some candidates would be under consideration for an EUA at the end of 2020, and some vaccines would be available by the end of 2021. He foresees using several different vaccine platforms to immunize the nearly 8-billion people on the planet.

“We won’t be able to manufacture enough—it’s got to be multiple vaccines that work,” he said.