“We realized that we could leverage our sepsis platform to build an online web tool that would drive COVID-19 self-assessment and testing.”

IN THEIR OWN WORDS: Voices of the COVID-19 crisis

“We realized that we could leverage our sepsis platform to build an online web tool that would drive COVID-19 self-assessment and testing.” 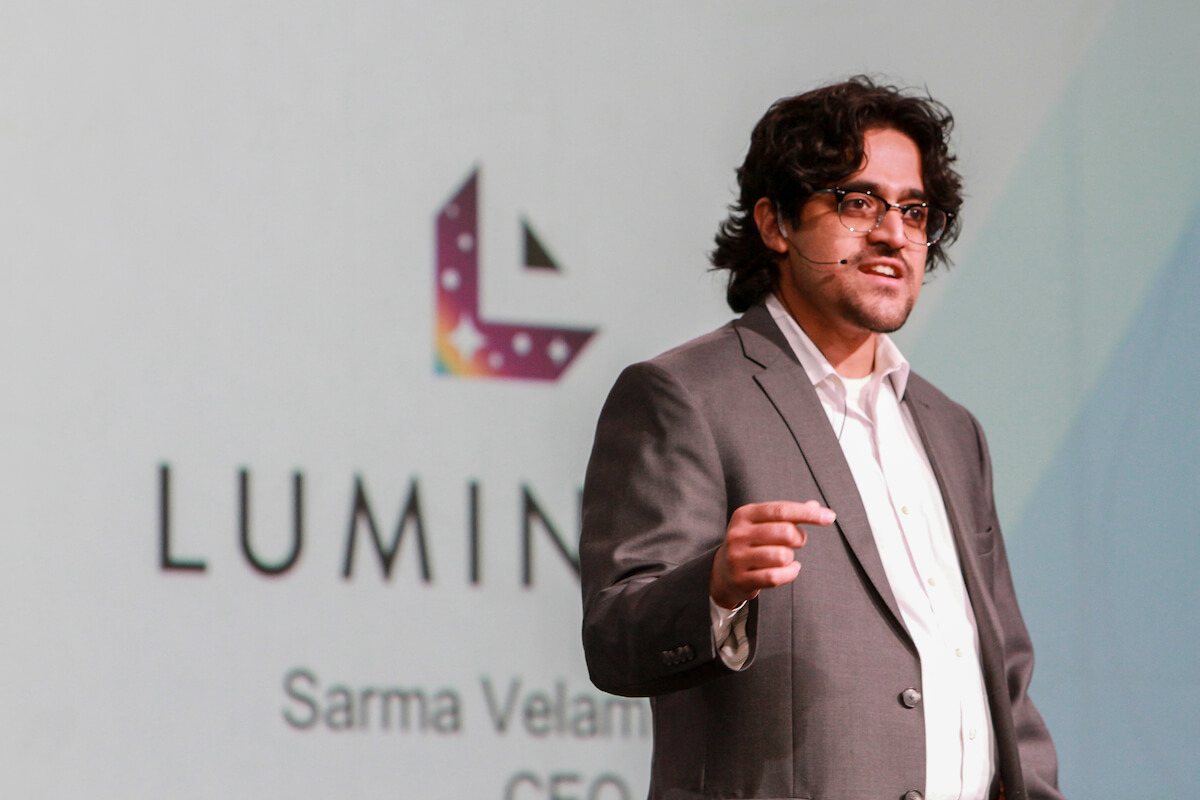 Sarma Velamuri, M.D., is CEO of Luminare, a Houston company whose digital platform directed 5.5 million people to COVID-19 testing sites in just 21 days. He posted a version of this essay on LinkedIn on May 5, 2020.

Six years ago, my friend’s daughter died of sepsis. It’s a story I have told more than a thousand times, to anyone who has spent any amount of time in the same room with me and asked me why I do what I do.

That death compelled Marcus Rydberg and me to launch Luminare in my garage, with the mission to stop 250,000 people annually from dying of sepsis in United States hospitals.

Over the past five years, we did a few funding rounds (including the one where I mortgaged the house and broke the 401K and retirement funds), navigated the regulatory world and finally moved from a garage office with IKEA furniture to a state-of-the-art space in the prestigious TMC Innovation Institute—part of the Texas Medical Center, the world’s largest medical city.

Close to $1 billion in start-up funding has funneled through the TMC Innovation Institute over the past four years. Thousands of companies have applied to partner with the institute, but only a few are chosen.

Luminare went from a team of two to a team of 11, dedicated to working on software to help eliminate sepsis as the most common cause of death in U.S. hospitals.

In late 2019 and the beginning of 2020, we were working with the Centers for Disease Control and Prevention (CDC) on the “Stopping Sepsis Through Early Detection” showcase at the annual Healthcare Information and Management Systems Society (HIMSS) conference, slated for March 2020 in Orlando, Florida. Some 13,000 people were expected to visit the showcase to see a demonstration of our software product, Sagitta, and how it worked alongside technologies from other companies, including Cerner, Philips, Baxter, Halo Health, Redox and also the Washington Department of Health.

Our biggest marketing opportunity of the decade had just evaporated with the cancellation of the HIMSS conference.

But as we were talking to the CDC about COVID, we realized that we could leverage our sepsis platform to build an online web tool that would drive COVID-19 self-assessment and testing based on ZIP codes. This could help reduce unnecessary hospital visits, thereby containing the spread of the disease among medical professionals and freeing up hospital beds for the sick.

If we threw in self-reported location, we realized, we would have the country’s first syndromic surveillance system.

Almost at the same time, Alex Fernandez on our team got a call from a hospital CFO, asking if we had any way of predicting which patients were at high risk for COVID before they walked into the emergency room.

We decided to build the solution.

On March 13th—48 hours later—we deployed Quickscreen in a hospital just north of Little Rock, Arkansas. The COVID-19 self-assessment platform pre-screens for COVID-19 in at-risk populations, helps people understand their symptoms and gives communities a way of gathering epidemiological data to pinpoint the severity of the disease in specific locations.

Fortuitously, I had recently been introduced to Frank Denbow, a startup advocate with Microsoft for Startups. While Frank was visiting with Luminare in Houston, our team received a call from Harris County Public Health (HCPH) to discuss Quickscreen. That was a Friday. The HCPH team asked us how long it would take to deploy a version tailored to the county’s needs. We said, “Monday.”

Frank and Team Microsoft were on board. We reached out to Cognitect, a company that connects information systems with software applications in the process of software development, and secured project manager Naoko Higashide and developers Jeb Beich and Jarrod Taylor. They all rolled up their sleeves alongside Luminare.

Soon enough, HCPH had its own version of Luminare’s Quickscreen to roll out to Harris County. The platform funneled 5.5 million people to testing sites over a 1,600-square-mile area, based on ZIP code or volunteered geolocation. Kudos to the HCPH team for getting consensus internally and helping the site go live. Within 10 days, they had on-site COVID testing figured out. By then, our team had implemented ZIP code-based triage—type in your ZIP code and it will point you to the right resources.

We got volunteer load-testing with the team at loadster.app, autonomous functional user interface testing via testrigor.com and continuous feedback from the Microsoft FastTrack group.

The TMCx team provided constant encouragement and support. Thanks also go to the army of volunteers who helped translate the Quickscreen platform into nine languages.

Within three weeks, Luminare went from having a great idea to creating and deploying software directing millions of people to testing resources in Texas’ most populated county and its most populous city.

We had help from all over the world and continue to have help. We spoke with the chief medical officer of Microsoft, the White House’s technology office and many others.

We are now able to use Quickscreen to help reopen the economy, serving food processing plants, hospitals, universities, the armed forces and others. Employee self-assessment and real-time analytics is key.

Real work continues to happen in hospitals and clinics across the country. We count ourselves blessed to know the people we know and the tens of thousands of people who have used—and will continue to use—our software.

COVID is but a shadow that has fallen on us. As J.R.R. Tolkien said: “But in the end it’s only a passing thing, this shadow. Even darkness must pass.”

—Sarma Velamuri, M.D., CEO of Luminare, is a board-certified internal medicine physician with training and practice roots in the Texas Medical Center. He was a resident physician at Baylor College of Medicine before working as a hospitalist at CHI St. Luke’s Health–Baylor St. Luke’s Medical Center.

This essay was edited by TMC Pulse editor Maggie Galehouse