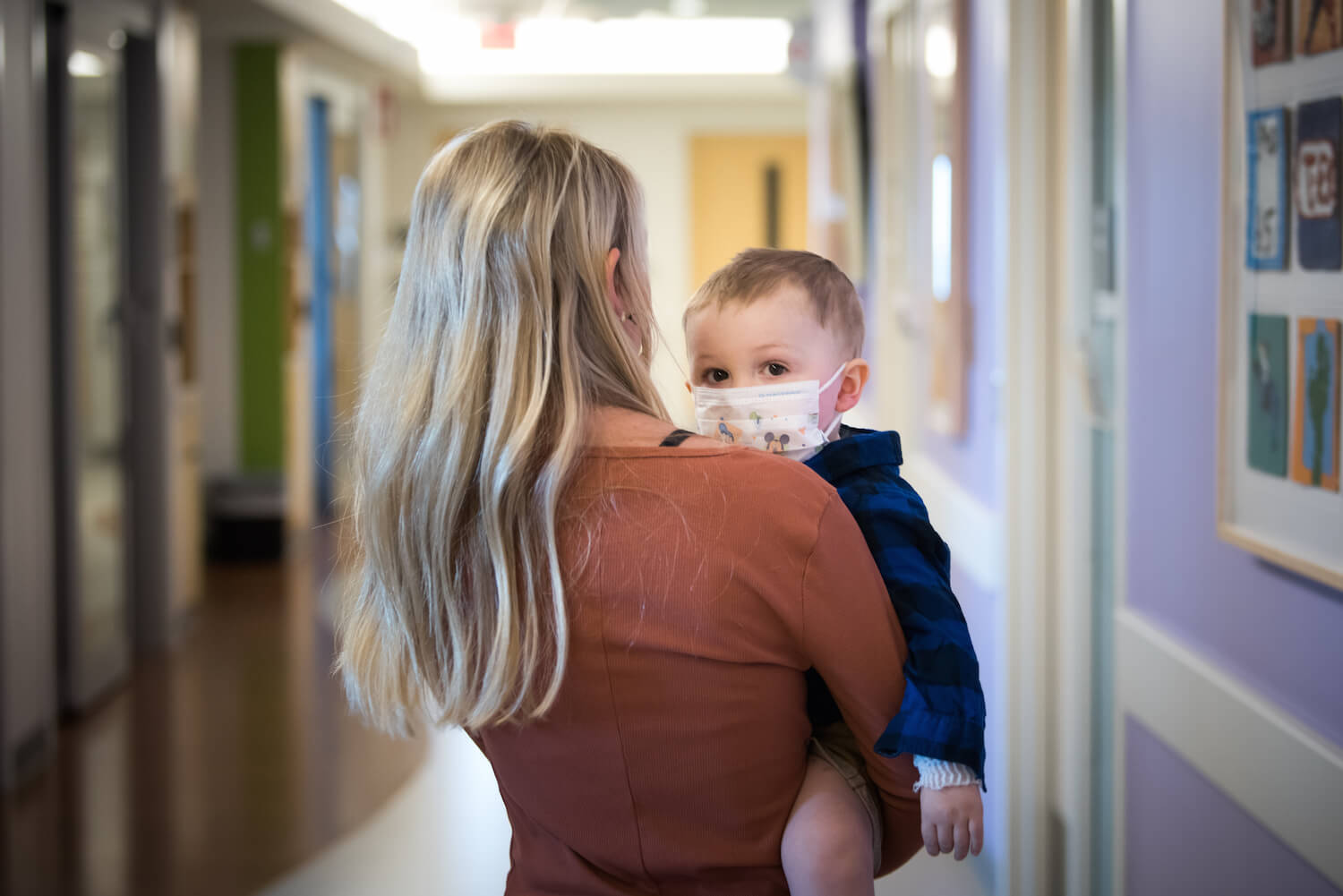 Yet with more unknowns than answers about the highly contagious and deadly disease, a team of surgeons and nurses at Texas Children’s Hospital in Houston were busy performing a heart transplant in hopes of saving Barron Shoemaker’s life.

The bright and energetic 1-year-old boy had been at Texas Children’s Hospital for the past six months waiting on a donor heart. He had been rushed from his home in Temple, Texas in September after months of labored breathing and illnesses finally led local doctors to discover he was in heart failure.

“It was a shock,” said Ashley Shoemaker, Barron’s mother. “He was otherwise healthy, but I took him to the emergency room all the time for what they were calling asthma or acute respiratory distress. And I kept asking, ‘Is there something else going on?’ It was September 21 when I took him back into the emergency room and he went into respiratory failure and they had to intubate him—and that’s when we were told about his enlarged heart.”

At Texas Children’s Heart Center, Barron was diagnosed with dilated cardiomyopathy, meaning his heart muscle was weak and enlarged. Texas Children’s specialists determined that the condition had been initially caused by myocarditis, or an infection within the heart.

“He’d had a virus that essentially caused inflammation in his heart muscle and caused him to have a weakness and enlarged heart over time,” explained Hari Tunuguntla, M.D., MPH, Barron’s cardiologist at Texas Children’s and an assistant professor of pediatrics at Baylor College of Medicine. “Oftentimes, we’re never able to identify a cause, but in this case, we were able to identify a likely cause.”

Barron’s condition was so advanced that his team at Texas Children’s decided his best chance of survival was to be implanted with a “bridge device” that would help him remain strong enough as he awaited a heart transplant. Due to an underlying blood condition, his congenital heart surgeon, Iki Adachi, M.D., ultimately decided on the Berlin Heart, an external heart pump first pioneered at Texas Children’s that connects outside the body and maintains healthy blood flow. Because it is not fully implanted inside the body, babies and children with this device cannot leave the hospital for risk of infection. 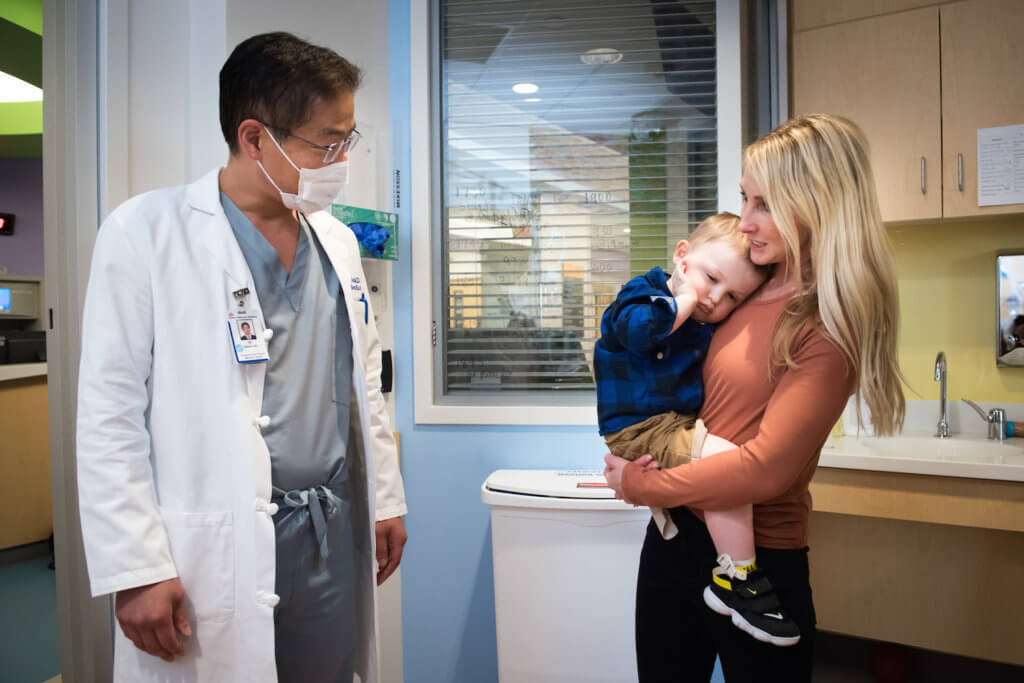 “Essentially, he reached the point where medical management wasn’t strong enough to keep him alive safely,” Adachi said. “That’s why he was taken to the [operating room].”

Barron thrived on the Berlin Heart as he awaited transplant. His clinical team would often find him playing with his basketball in the hallway or running around the nurse’s stations.

“He was fully active on the floor—the most active patient we’ve ever had,” Adachi said.

As weeks and months went by and news of the COVID-19 pandemic exploded, Shoemaker began worrying that their time at Texas Children’s Hospital would last much longer than originally anticipated. Even more, to protect patients, family and staff, the visitation policy had been amended to just one visitor per patient. In late March, Shoemaker and her husband, Luke, switched places; he arrived to stay with Barron while she went home to Temple to be with their daughter.

That’s when the call came that a donor heart had become available.

“I wasn’t able to be there for the surgery which was so hard. It was honestly the craziest timing. I almost didn’t believe it,” Shoemaker said. “It was so hard, but my husband kept me up to date every step of the way.”

The transplant was a success. A little over a week later, Ashley was reunited with her son.

Even in the midst of a worldwide pandemic, children are still dealing with a multitude of other life-threatening conditions—and high quality medical care for those individuals has not stopped. Already in 2020, Texas Children’s Hospital has performed 10 heart transplants. In some ways, hospitals are now safer than ever.

“For a clinical care environment after transplant, the hospital is quite safe right now given the amount of precautions that everyone is taking in terms of limiting family at the bedside, routine screening of all visitors and employees and doing routine surveillance and testing for anyone that goes into the operating room,” Tunuguntla said. “All of those things are allowing this to be a safe environment for both the patient and the families, as well as the employees.”

Barron was discharged from Texas Children’s Hospital on April 21. Eleven days later, he celebrated his second birthday at home with both parents and his sister by his side. 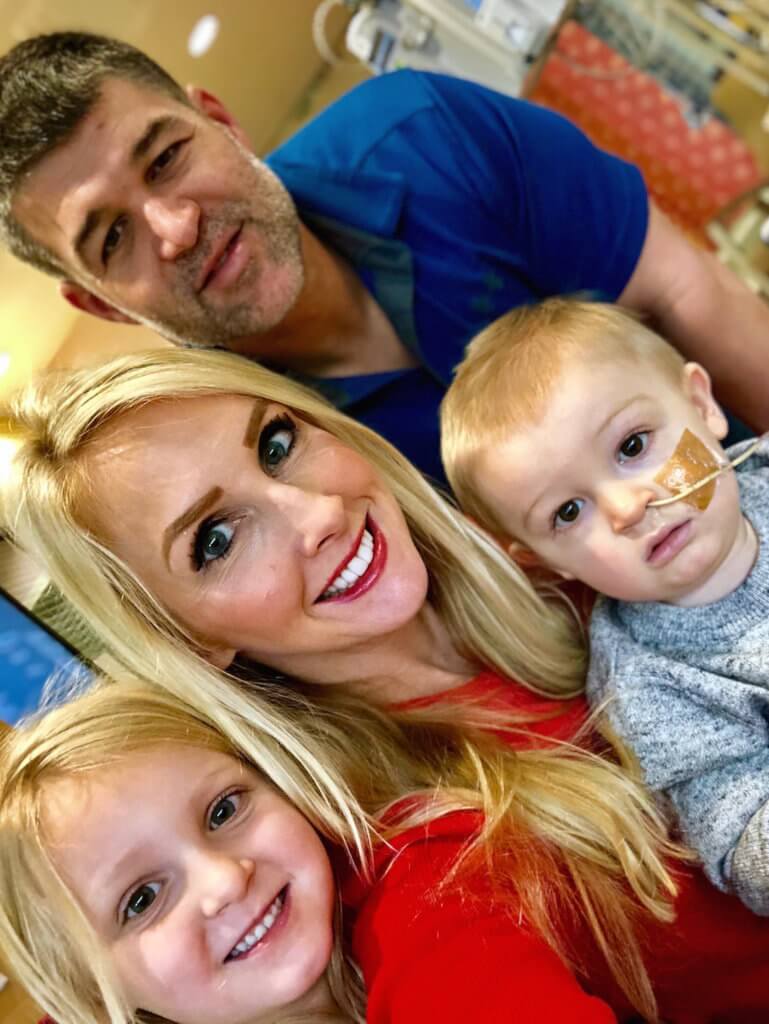 “He has been just running around, playing with his sister, laughing, playing with his baseball and basketball. It’s been really good being home,” Shoemaker said. “He’s not real fond of taking the medicine, even less fond since we’ve been home, but we get it done. And we’ve been in touch with our transplant coordinator. We have our clinic visits set up and labs here locally, so I feel good about being home. And everybody is just a phone call or text or email away.”

The grateful mother offered words of encouragement for anyone going through something similar—made worse, perhaps, during such uncertain times.

“Take it one day at a time and try not to overthink it,” Shoemaker said. “I have to tell myself that on a daily basis, too, but don’t give up hope. There were days where I was just like, ‘Are we ever going to get to the end or on the other side of this?’ And we did.”