CURATED: The Intersection of Art and Medicine 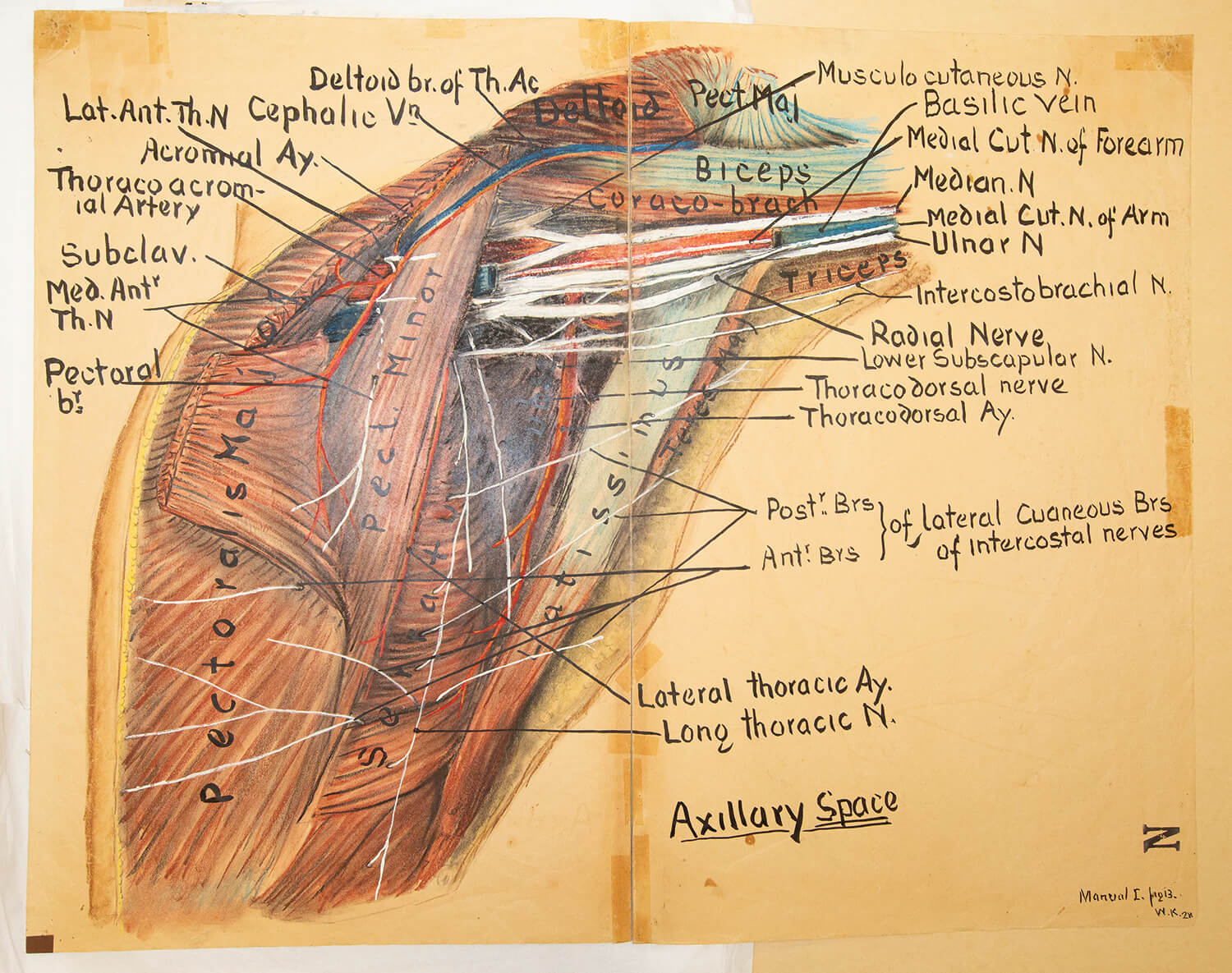 Muscles, veins, bones and brain matter become art in William Keiller’s large-scale anatomical drawings, some of which were created more than a century ago.

Before X-rays and MRIs could capture images inside the body, medical professionals relied on detailed sketches to learn about the structure and inner workings of humans. Today, thousands of intricate and colorful anatomical drawings by Keiller and others are available for viewing at the Moody Medical Library at The University of Texas Medical Branch (UTMB) at Galveston.

“Keiller was an artist before he came to Galveston as a professor of anatomy,” said Paula Summerly, Ph.D., research project manager at the John P. McGovern Academy of Oslerian Medicine at UTMB. “Drawing was an integral part of the curriculum, because there is no better way to learn than through close observation.”

Originally from Edinburgh, Scotland, Keiller left the United Kingdom to become the first professor of anatomy at UTMB, the first medical school in the state of Texas. He responded to an advertisement that promised a fully-equipped medical school with labs and equipment, but when he arrived in Galveston, the school was empty.

“They started everything from scratch—specimen collections and all of these drawings to build up an inventory,” Summerly said. “At the time, it was just Old Red and the John Sealy Hospital, so he had the whole run of the beautiful building.”

Because UTMB leaders did not have a large budget, Keiller’s talent for creating medical drawings—or wall diagrams, as he called them—helped the school immensely. Many of the drawings measure 2 feet by 3 feet and were used for teaching, in lieu of expensive textbooks. Many also show marks on the corners where they were hung on classroom walls.

“Keiller would use his skilled eye to plan out what was important for the students to learn and he used the drawings as a companion to dissection in the lab, as well,” Summerly said. “In Keiller’s day, students studied anatomy three hours per day, five days per week, so these are the remnants of a former curriculum.”

Keiller studied cadavers, observed live surgeries and even traced from textbooks to create his drawings, which not only provided an intricate look at the human anatomy, but also highlighted abnormalities. He was creative about his use of materials, too.

“He used pastels, pencil, charcoal and all different kinds of media,” Summerly said.

Keiller’s drawings make up about 10 percent of UTMB’s collection.

“We have at least 250 drawings that Keiller did with his name signed on them, but the collection is over 2,500 pieces, so other professors and students were doing these drawings,” said Kelly Caldwell, an archivist of the Truman G. Blocker, Jr. History of Medicine Collections. “They start in 1891 when Dr. Keiller gets here and the latest one that has a date on it is 1981.”

The Keiller Collection can be viewed online at library.utmb.edu or in person at the Moody Medical Library, 914 Market St., Galveston. Information: 409-772-2397.