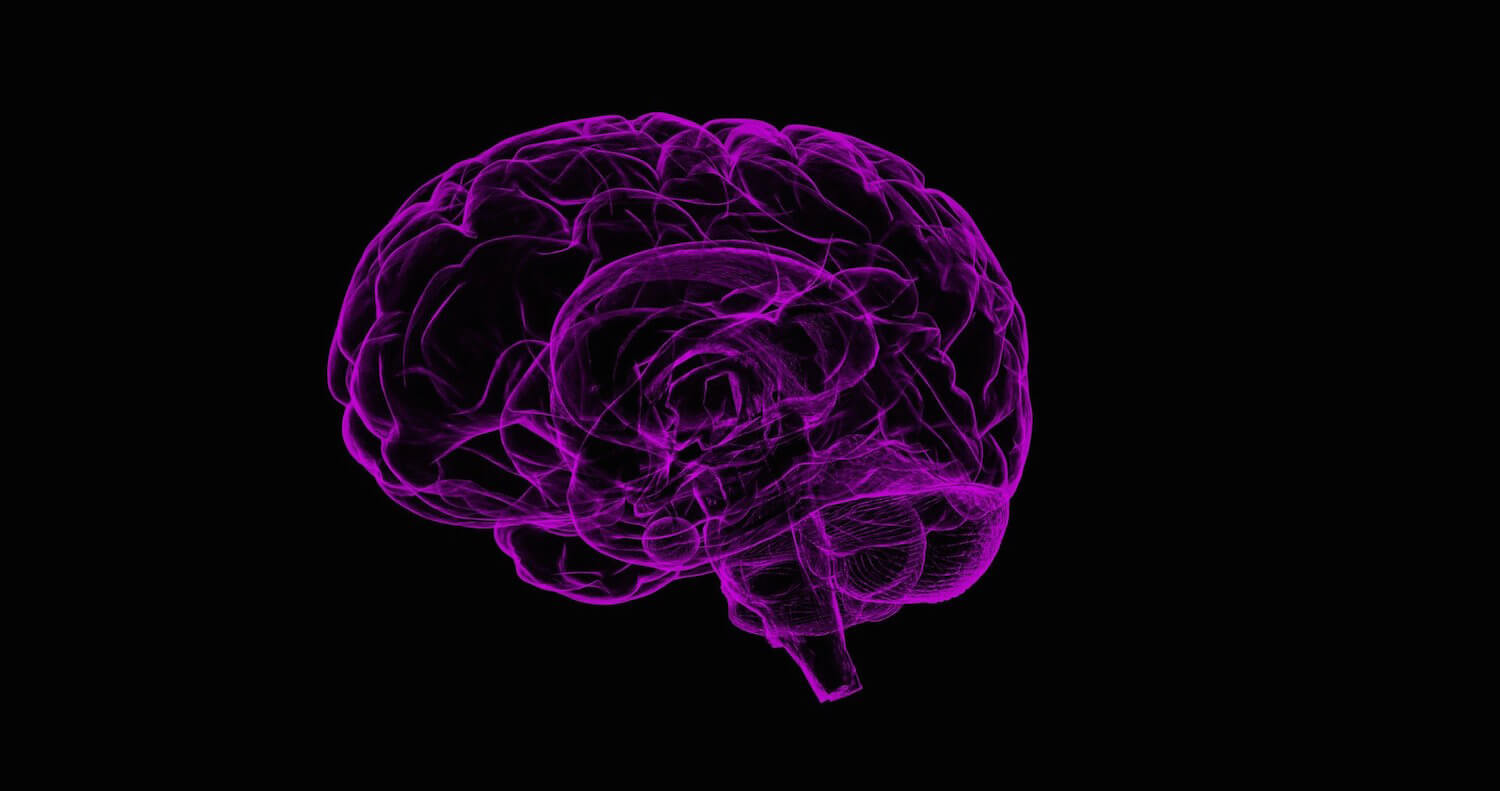 When it comes to breakthroughs in research on Alzheimer’s disease—a debilitating and progressive neurological disorder that will affect an estimated 14 million Americans by 2060— scientists are focused on three pillars: prevention, early detection and treatment. But Alzheimer’s is notoriously complex, and answers about the nature of the condition and how to best treat it remain elusive.

Still, there is progress, and recent research conducted at Washington University School of Medicine in Missouri may advance the mission for early detection through a surprisingly simple technique: a blood test.

“It’s really exciting,” said Suzanne Schindler, M.D., Ph.D., assistant professor of neurology at the Knight Alzheimer Disease Research Center at Washington University School of Medicine and lead author of the study. “I think it really has the potential to speed up finding drugs that work.”

The research, published in the journal Neurology, claims that by measuring levels of amyloid beta protein in the bloodstream, researchers could estimate whether there is a buildup of that protein in the brain—a hallmark of Alzheimer’s disease. Combined with two other risk factors, including age and the presence of the APOE4 gene, a genetic variant that has been associated with developing Alzheimer’s disease, the amyloid blood test is up to 94 percent accurate, the researchers concluded.

The blood test employs a technique known as mass spectrometry to measure two forms of amyloid beta in the bloodstream, amyloid beta 42 (Aβ42) and amyloid beta 40 (Aβ40). According to Schindler, Aβ42—the longer of the two, comprised of 42 amino acids rather than 40—is “stickier” and much more likely to accumulate in the brain when plaques are present. Every person makes both forms, Schindler explained, and while the amount of Aβ42 and Aβ40 varies from person to person, the ratio of their quantities does not—unless an individual has developed plaques in their brain.

“We know that most of the amyloid that is deposited in the brain, in the plaques, is the longer form—the Aβ42. And we have long known that … as amyloid accumulates in the brain, Aβ42 goes down in the cerebral spinal fluid, which is kind of the opposite of what you’d think. Usually when something goes up in the brain, you’d expect it to go up in the fluid that is around the brain,” she said.

In this case, however, Schindler said it is likely that the plaques are clinging to the Aβ42, so the ratio changes in the bloodstream: Aβ42 goes down because it is getting stuck in the brain, and Aβ40 remains more or less constant.

“When that ratio gets low, there’s very, very commonly a reason for it, which is the plaques,” Schindler said.

Since the study’s publication, the researchers have further validated their results and are working on optimizing and scaling the test. One of the study’s co-authors, Randall J. Bateman, M.D., the Charles F. and Joanne Knight Distinguished Professor of Neurology at Washington University School of Medicine, was awarded a grant to pursue a clinical trial to further test the accuracy of the process. Notably, Bateman co-founded a company with another colleague and co-author, David M. Holtzman, M.D., chair of neurology and scientific director of the Hope Center for Neurological Disorders at Washington University School of Medicine, that has been granted breakthrough device status from the U.S. Food and Drug Administration to commercialize the test.

The test is still a long way from regular use in a doctor’s office, but if it does find its way into the clinic, it could revolutionize current methods for early detection of Alzheimer’s.

“It would be a lot easier if, instead of having to use a PET scan—which is expensive—we could simply measure something in the blood and have the same amount of certainty as we do with the PET scan,” said Joseph Masdeu, M.D., Ph.D., director of the Nantz National Alzheimer Center at Houston Methodist, which was not involved in this particular study.

Today, physicians utilize the positron emission tomography (PET) scan, which uses a radioactive tracer to reveal detailed images of tissues and organs, to detect abnormalities in the brain, including presence of the amyloid beta plaques or abnormal levels of tau protein—another marker for Alzheimer’s. But as Masdeu pointed out, a cheaper, easier test—with just as much accuracy—could lead to earlier detection in more patients.

“This will help propel the field, certainly, because any time you can do something less expensively, you are going to get far more interested,” Masdeu said. “People will want to know the prognosis, and therefore the diagnosis.”

Although there are currently no treatments to stop the progression of Alzheimer’s disease, he noted, enrolling more people in clinical trials would mean more opportunities for answers, more breakthroughs in research, and hopefully future therapies.

“Probably the next thing that’s going to happen is the test will be used for clinical trials,” Schindler said. “Ten or 20 years ago when they did drug studies for Alzheimer’s disease, they just enrolled people who had dementia—cognitive symptoms. And later, when they went back and looked at some of these people, they found out that about one-third of them didn’t actually have Alzheimer’s disease—they had cognitive impairment from other causes, but they didn’t have plaques in their brain, which is really the key feature of Alzheimer’s disease. And that was very problematic, because they were testing a drug for a condition that people didn’t have, so it wasn’t going to work regardless.”

Plaques can build up decades before any symptoms of cognitive decline, so detecting their presence early is key for earlier diagnosis and furthering the field of research.

“We’ve done a lot of drug trials for Alzheimer’s disease that haven’t worked, and we think that a big reason for that is that we treated people too late,” Schindler said. “We think that by the time people have symptoms of Alzheimer’s disease, they’ve already had some significant damage, and it’s much harder to try to slow down or reverse the damage than to try to prevent it in the first place. … In the next couple of years, I think the main utility of this blood test will be for these drug trials.”

‘We are very close’

The latest research from Washington University isn’t the only test currently being developed for early detection of Alzheimer’s. In 2018, researchers in Japan published a paper in the journal Nature describing their study measuring amyloid protein buildup in the blood. And a clinical trial sponsored by the University of Rhode Island is using eye exams, specifically retinal screening tests, to detect the buildup of amyloid plaques ahead of symptoms.

“I think we are very close to having a test that is going to be effective,” Masdeu said. “Whether it is exactly the same one that was used for the study at Washington University, or variations on it, I think we’re almost there.”

“We are going to be looking at all the imaging markers that allow us to know what is going on in the brain of these patients—whether they have tau deposits in the brain or amyloid,” Masdeu said. “That is a huge amount of information per patient, but one of the things we are learning about Alzheimer’s is that it is anything but uniform.”

The teams are also looking at inflammation, Masdeu said, because that condition is emerging as an important piece of the puzzle. Ultimately, he said, all of the work is helping inch the field forward.

Schindler said she could see a future in which a drug exists that would prevent or slow the onset of symptoms—making an early-detection blood test critical for the general population.

“The idea would be that you would go into your doctor’s office for your annual exam, and maybe every few years you’d get this blood test done, and if it comes back abnormal, then you would start on some kind of therapy that would prevent you from ever getting Alzheimer’s disease,” Schindler said. “We’re a ways from that, but I think it could happen.”