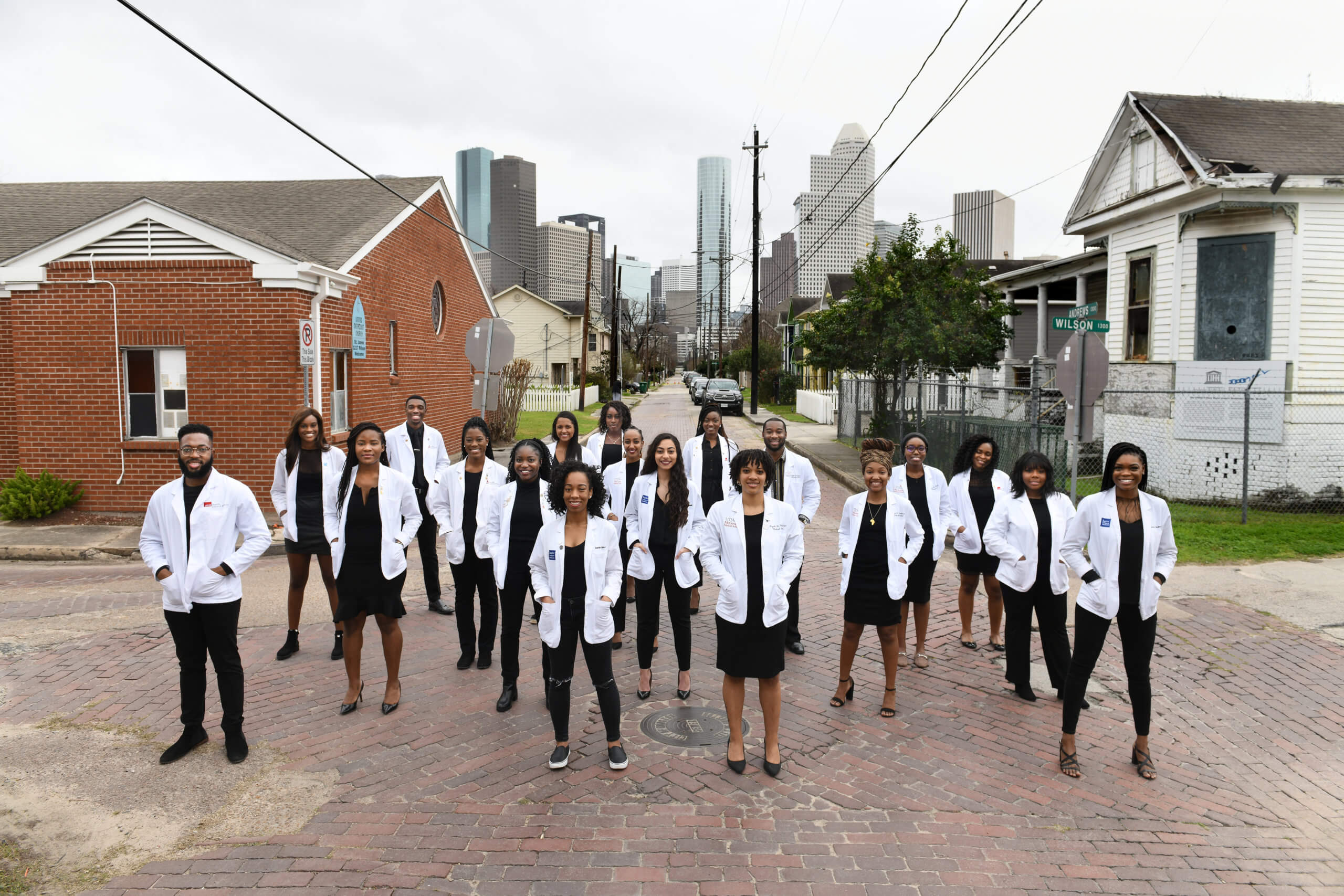 Wearing their white coats, the 19 future physicians stood atop century-old handmade bricks laid decades ago by newly emancipated people at the medically significant corner of Andrews and Wilson Streets in Fourth Ward.

The mission of the SNMA is to support current and future underrepresented medical students, address the needs of underserved communities while increasing the number of clinically excellent, culturally competent and socially conscious physicians.

The Freedmen’s Town Historic District, established in 1865, was added to the National Register of Historic Places in 1985. Considered the “Mother Ward for Black Houston,” the 40-block area west of downtown is the only remaining post-Civil War, freed-slave historic district of its kind in the United States. Houston architect Daimian Hines has described Freedmen’s Town as potentially the “largest linear architectural footprint still preserved in America” of black urban life during the Reconstruction era.

At 1319 Andrews and Wilson is the Rev. Ned P. Pullum House, named for a minister and entrepreneur who was among the physicians, a dentist and other freedmen who funded Union Hospital. That structure, owned by the Rutherford B.H. Yates Museum, Inc., is envisioned to hold the Pullum Health and Business Museum as an ode to black medical and business pioneers in Houston. 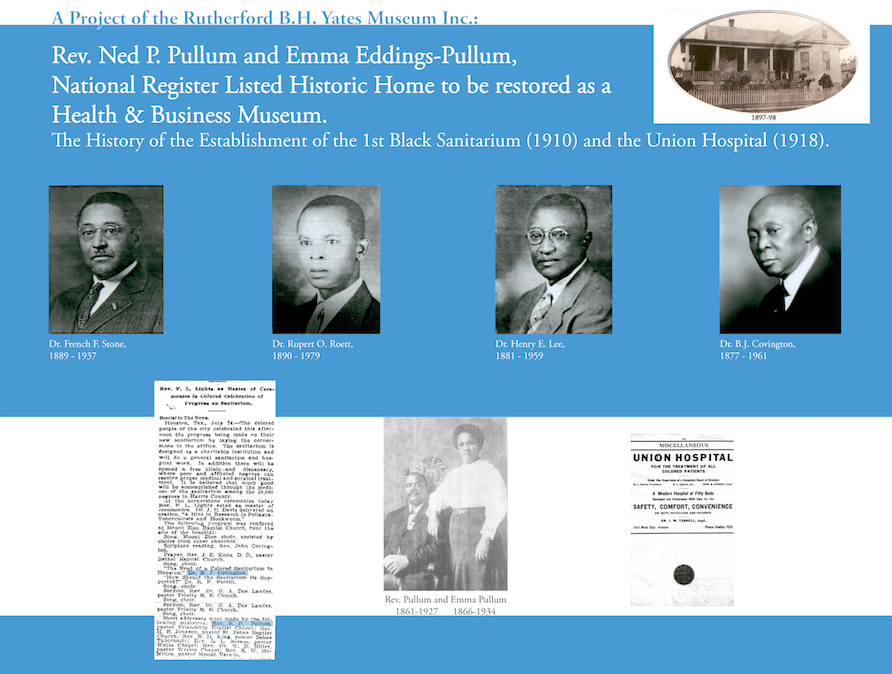 Cattycorner, the Victorian cottage at 1218 Wilson where the street intersects with Andrews was built by one of the nation’s first Black lawyers. Named the “Van Court” by attorney J. Vance Lewis, the structure is now owned by the Yates museum organization.

Yates Museum preservationists have been working for decades to stabilize and restore six houses in Freedmen’s Town, including the aforementioned trio.

In 2019, UNESCO—the United National Educational, Scientific and Cultural Organization, which is the Paris-based cultural arm of the United Nations—named Emancipation Park and sites in Freedmen’s Town as part of its Slave Route Project, which designates historically significant places that tell the global story of the human labor trade.