Kobe Bryant fans, family and friends gather to mourn the loss of the basketball superstar

Kobe Bryant fans, family and friends gather to mourn the loss of the basketball superstar 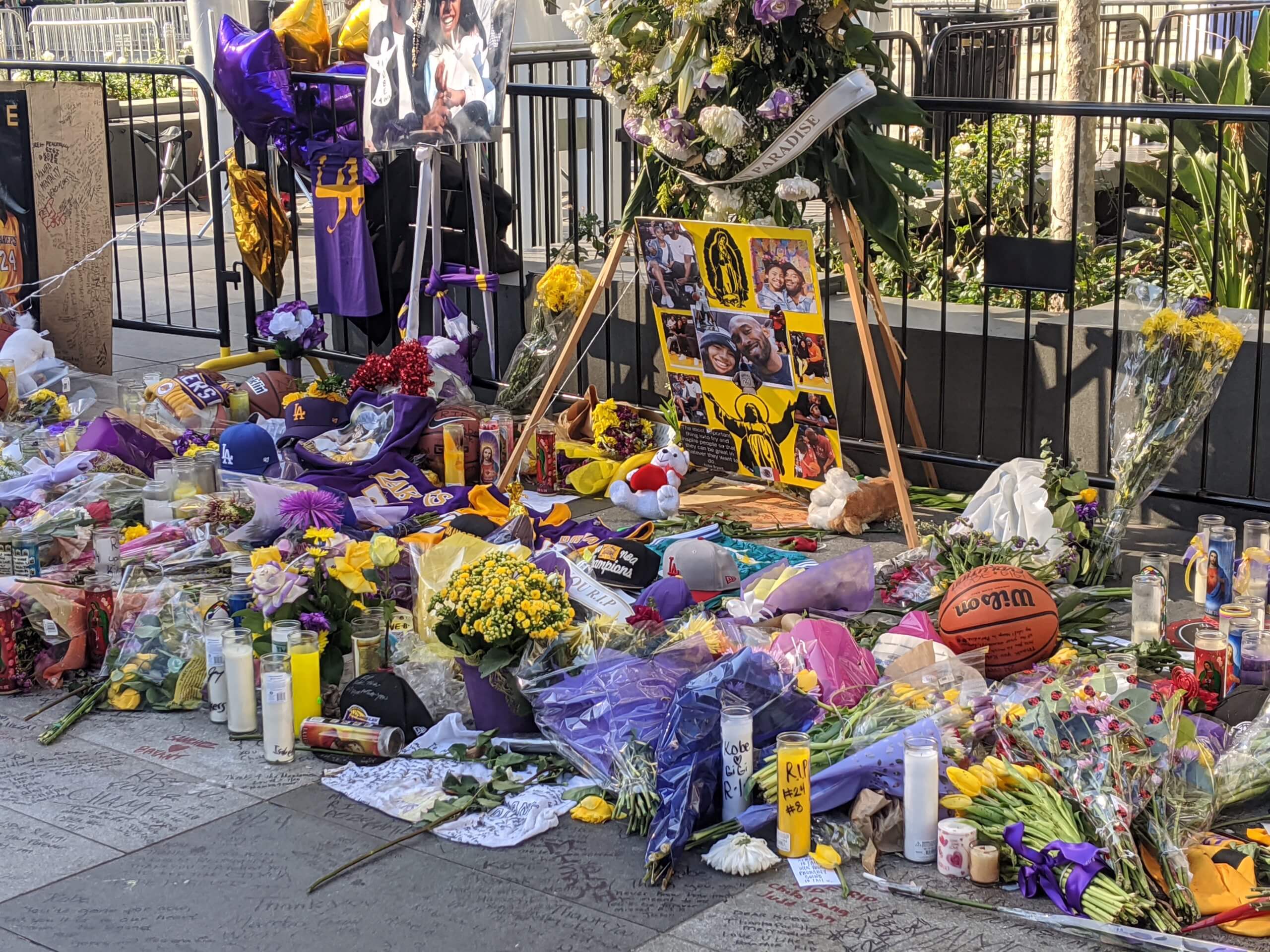 Kobe Bryant famously donned the number 24 for a large part of his career and his young daughter, Gianna, wore the number 2. When thinking of a date to honor the lives of Kobe and Gianna, Kobe’s wife, Vanessa, and Los Angeles Lakers leaders determined 2.24, February 24th, would be the best day to host a memorial for Kobe and Gianna as well as the seven others who perished in a Jan. 26 helicopter crash in Calabasas, California.

The deaths stunned the world. Nearly one month since the horrific crash, thousands of fans of the late superstar have flooded the streets of Los Angeles to mourn together and honor the lives of the ones lost.

In the days following the crash, purple and gold mementos—Los Angeles Lakers colors, in honor of Kobe Bryant’s 20-season career as a shooting guard with the NBA team—flooded the sidewalks surrounding the Staples Center. Millions of people around the globe who did not know Kobe Bryant personally took to social media to collectively grieve the loss of the 41-year-old basketball icon.

You don’t have to know people to mourn their loss, said both Tiffany Meyer, a senior social work counselor at The University of Texas MD Anderson Cancer Center, and Stacy Auld, director of spiritual care and education at Houston Methodist Hospital.

“Grief is a normal process that everyone experiences after some kind of loss, whether it is a personal loss, like a cancer diagnosis, or the loss of a loved one or a tragic event that happens out in the community—like what happened with Kobe Bryant,” Meyer said. “The death of Kobe Bryant—at that age, so sudden and unexpected—makes you reflect on how fleeting a precious life can be and it puts you up against your own mortality.”

Social media also played a significant role in the intense grief the public has felt following his death, Auld added.

“Because of how the media and social media are, we have so many more ways to feel connected to people we don’t even know,” she said. “ When something tragic like this happens, it touches so many more people because, in some almost false reality, we feel more connected to each other.”

1. FIND SOMEONE TO TALK TO.
“Talk to someone that you feel is a trusted person … who is going to be kind and nurturing,” Meyer said.

2. IDENTIFY WHAT YOU ARE FEELING.
“People are unique and so our experience of grief is going to be unique and different from person to person,” Meyer explained. 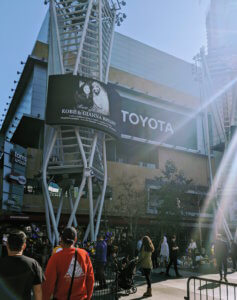 3. ALLOW YOURSELF TO FEEL.
“If we can show up for ourselves in a loving way … we’re going to be able to move through [our feelings] much quicker,” Meyer said.

5. SAY WHAT YOU NEED TO SAY.
“Take time to think about the people who really mean something to you,” Auld said. “Call them or write them a letter … . By doing this, you are able to take control over your feelings and release them.”

6. BE PATIENT WITH YOURSELF.
There is no timetable for grief, Meyer said. 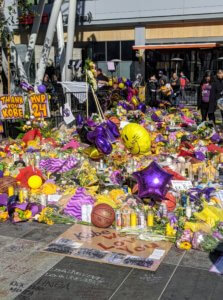 7. STAY CONNECTED AND TRY VOLUNTEERING.
“After … people have had time to cope with grief, they have found volunteering for a cause that is near and dear to them a good way to channel their [feelings],” Meyer said.