A country boy can survive: A Texas singer’s dad endures with heart surgery

Bill Creager returns to the stage with his son, Texas music star Roger Creager, after a valve replacement at Memorial Hermann-Texas Medical Center

A country boy can survive: A Texas singer’s dad endures with heart surgery 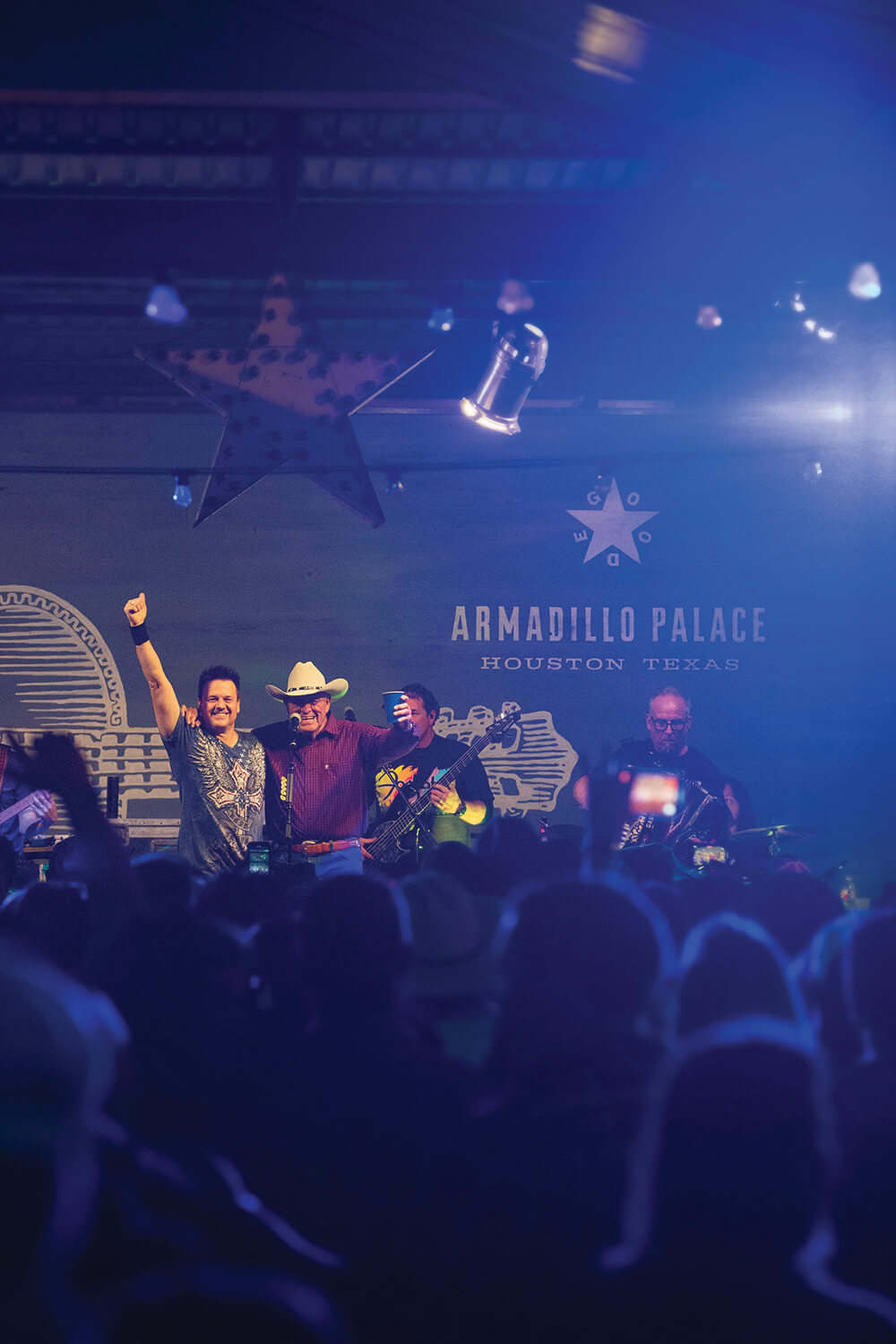 It was nearly 11 p.m. on the Saturday after Christmas and the sold-out show was coming to a close. A deluge of rain had just passed over the covered patio at the Armadillo Palace—so common for Houston that concertgoers were anything but fazed—when Texas country music star Roger Creager made an announcement over the microphone.

Roger continued, speaking candidly to his fans. His father, he said, had needed surgery to replace one of the valves in his heart.

“We brought him to Memorial Hermann in the med center here in Houston, Texas,” Roger said, to cheers and applause. “Earlier this month, my dad went in with, I think, just the finest surgeons and the finest medical staff in the world, and they saved his life. Y’all, welcome to the stage, my dad, Bill Creager.”

The crowd roared as Bill emerged from the side, beaming at his son. A cowboy hat covered his military-style haircut, and he was decked out in an Ariat button-up and western-style boots, jeans and a belt. His face was weathered, but youthful, and he moved more like a rock star than an octogenarian. Together, the pair performed “Rancho Grande”—a rowdy Spanish ballad and one of Roger’s most popular songs, in no small part because of Bill. 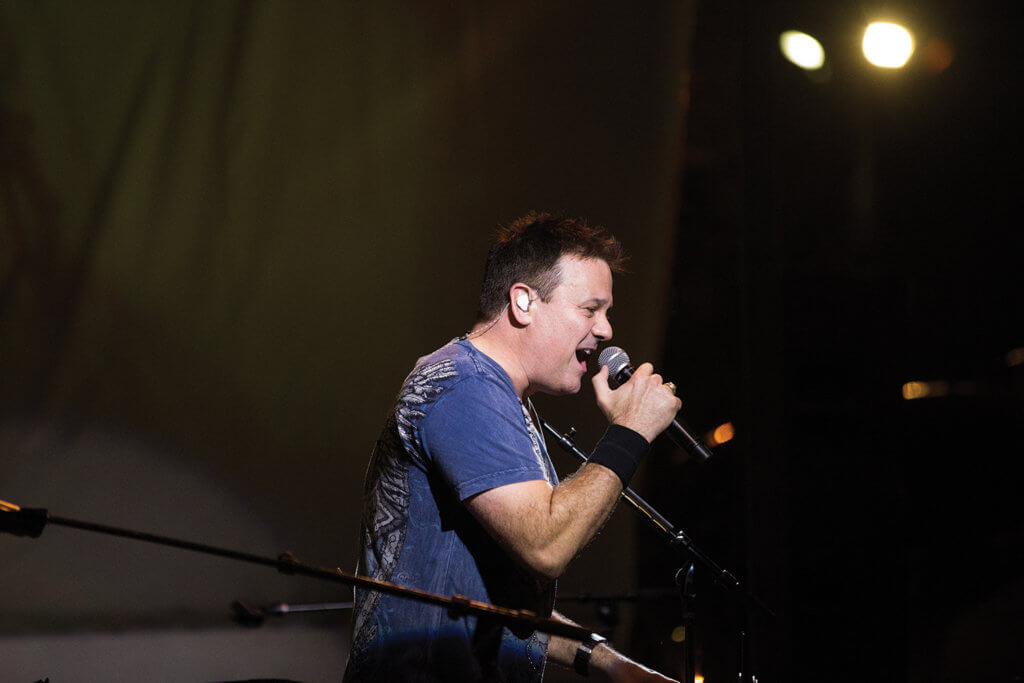 Roger Creager performs at the Armadillo Palace in Houston, Texas on Dec. 28, 2019.

Neither father nor son took the performance that night for granted; both knew that without the surgery, it never would have happened.

Nearly a year earlier, in January 2019, Bill had just returned to his home in San Diego, Texas, after performing with Roger at his annual concert in Steamboat Springs, Colorado. It is one of Bill’s favorite places to travel with his son, but afterwards, he began feeling ill. He said things only got worse throughout the year.

A lifelong resident of San Diego, a South Texas city that boasts a population of about 4,500, Bill drove to the closest big city to get checked out—60 miles east to Corpus Christi. There, doctors determined that his heart valve, which had been replaced in 2009, was failing. But they couldn’t offer much hope.

“The guy there scared the hell out of me,” Bill said. “He told me the thing was bad enough that he wasn’t going to try [the surgery], and he said, ‘If I do it, you’ve got about a 10 percent chance of surviving it.’”

Not long after, Bill found himself sitting in an exam room in Houston.

“When I came and I visited with Dr. Smalling, I wasn’t sure that they could fix me. The words that I didn’t want to hear were, ‘I can’t help you,’” Bill said. “But then pretty soon he started talking to me and just kind of visiting a little bit and then he said, ‘OK, well here’s what we’re going to do.’”

Smalling, who is the director of interventional cardiovascular medicine at UTHealth’s McGovern Medical School and the Memorial Hermann Heart and Vascular Institute-Texas Medical Center, wasn’t intimidated by Bill’s condition. Yes, his prior heart valve was failing and it needed to be replaced, but it was a procedure Smalling had performed more than a thousand times.

Known as TAVR, a transcatheter aortic valve replacement is a minimally invasive surgery used to repair an aortic valve that has narrowed or does not open properly. In Bill’s case, the previous valve was too small for a heart his size, which is one of the reasons it failed. 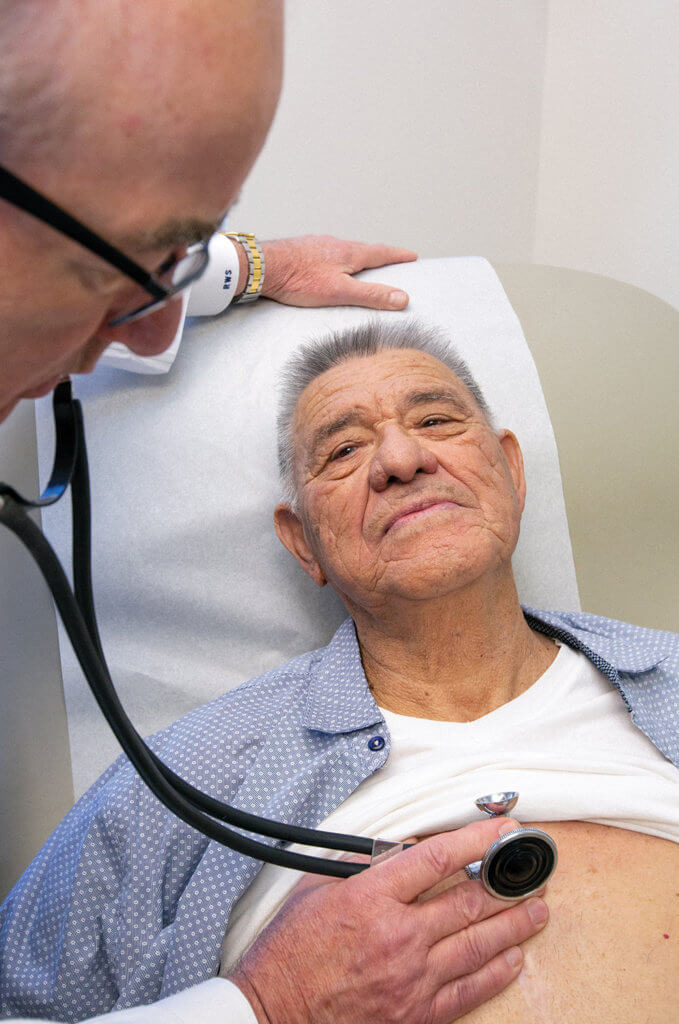 During a TAVR, instead of replacing the damaged valve through open heart surgery, the cardiovascular surgeon threads tools through the femoral artery in the groin and inserts a replacement valve over the old one; the surgeon then runs a “balloon” through the valves and inflates them both to relieve any blockages. In Bill’s case, Smalling also performed a more specialized technique known as a valve cracking procedure, in which the balloon stretches the old valve until it breaks. This was necessary since his previous valve was too small.

“The old valve is broken and the new valve is taking over for it, and that’s the right size,” Smalling explained during a follow-up appointment in December. He turned and spoke to Bill.

“You’re a new man right there … . That allows you to do whatever you want,” Smalling said.

“Well, I’m going to, too,” Bill said, smiling. His surgery, which took place on Dec. 3, could not have gone any better. 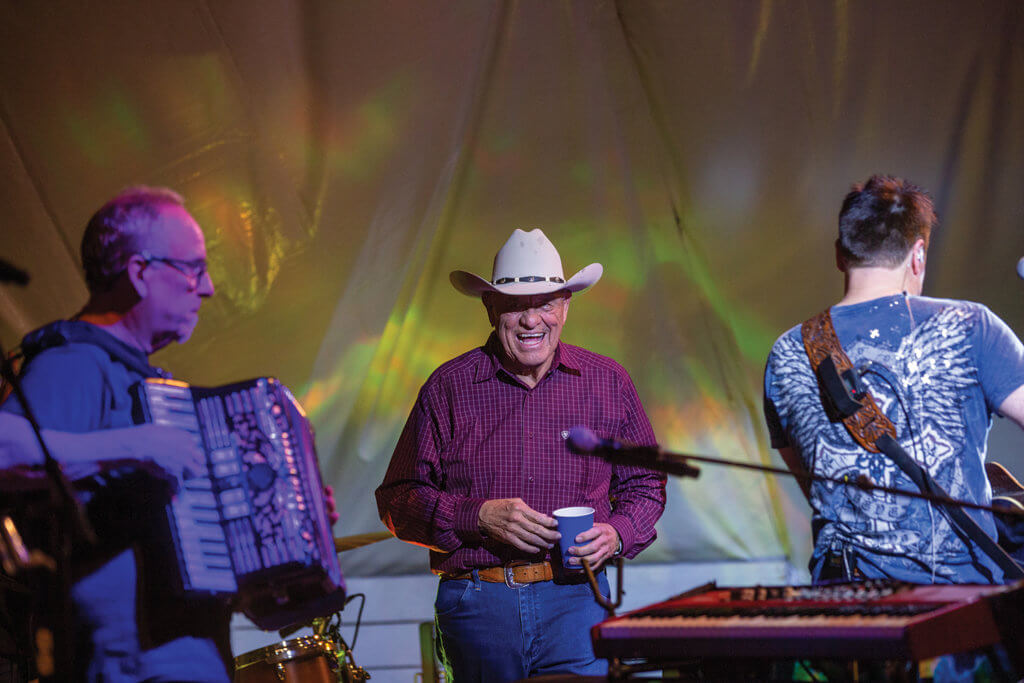 Bill Creager enjoys his time on stage at the Armadillo Palace.

“Smalling came out and the first thing he said was, ‘The surgery is over and it went perfectly,’” Roger recalled. “And that’s exactly what you want to hear. Shortly after the surgery his color changed, and he was lying in bed still loopy from the medicine … but he looked great, immediately. We were all pleasantly surprised by that. I think once the blood begins flowing to all the parts of your body, I think everything else improves—not just your heart but your kidneys improve, your lymph nodes clear—everything seems to function better.”

Bill was discharged from the hospital the following day, and for the first time in months, he began to feel better. He dismissed his eldest daughter, who had been by his side for six months, from her “nursing duties.” After spending some time at home, he drove his truck back to Houston to celebrate Christmas with his kids. He’s back on stage, back on the dance floor and back to his occasional whiskey.