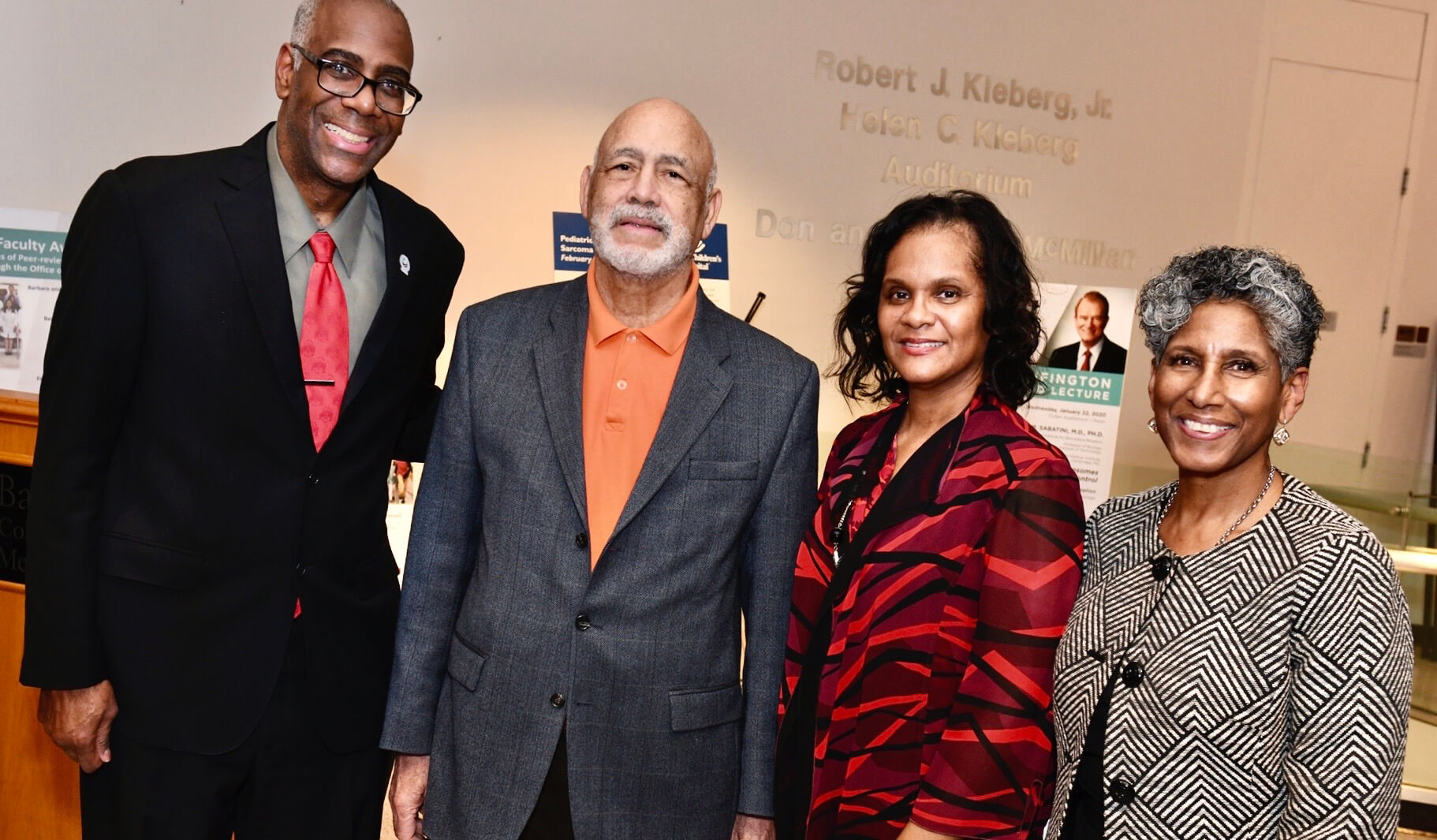 As president-elect of the National Medical Association, the nation’s oldest and largest organization representing black physicians, Leon McDougle, M.D., MPH, has the responsibility of visiting doctors and medical students across the country. He spent time in Houston this month in the run-up to the Dr. Martin Luther King Jr. holiday observance to speak with medical school faculty, students and practitioners across Texas Medical Center institutions at several events. McDougle, a professor of family medicine, is the chief diversity officer at The Ohio State University’s Wexner Medical Center and the associate dean for diversity and inclusion. He sat down for an interview in the office of Toi Blakley Harris, M.D., associate provost of institutional diversity and inclusion & student services at Baylor College of Medicine, to discuss health equity and his work as well as the deeper purpose in ensuring that everyone has access to medical education and care.

What do you do as a chief diversity officer for an academic medical center?

I really liken what I do to being a “chief collaborating officer” because I work with people building teams. I help advance our mission.

How do you gauge your effectiveness in diversity and inclusion?

There are a number of awards that we have received as an institution. Insight Into Diversity magazine has an annual health professions award for those colleges who are doing well in that space—the HEED award. Two years ago, Ohio State was the first university to have three health professions colleges earn the HEED (Higher Education Excellence in Diversity) award and those colleges were nursing, veterinary medicine and medicine. In this current award period, Ohio State was the first university to have four professional colleges earn the Insight Into Diversity award for leadership and programming in support of diversity and inclusion by adding optometry to that group. Our goal is for seven of seven professions colleges to earn that honor and designation. There’s an award offered by the Human Rights Campaign, the Healthcare Equality Index, and that’s another extensive survey where you submit information for your institution and it’s evaluated. For the past three years now, our Wexner Medical Center along with the James Cancer Hospital and Solove Research Institute have received that designation for excellent care and having policies in support of being an excellent and inclusive place for our LGBTQ+ population.

How have your experiences with bias influenced your diversity and inclusion efforts?

I have been talking to various groups here at Baylor and I have shared various struggles I have endured in my career as it pertains to bias in a medical setting and even in an educational setting. Little did I know that was preparing me to be a chief diversity officer. I was at the University of Toledo in Ohio and I walked onto a Mid-American Conference championship basketball team that was predominantly European-American. … I’m working really hard and there are microaggressions throughout that whole period. I’m about to start to start my third year and I’m saying to myself: “They are going to have to start me this year. They are going to have to play me this year because I have been working hard and polishing my skill set.” It was October and the head coach pulls me aside and releases me from the team. He said I hadn’t improved in three years. He was just speaking untruths to me and was really in my face. For me, I had to have a lot of self-control because if I had have socked him in the nose, that’s an out for him. In a few years of that happening, he was fired as a coach. I connected that to the talk explaining explicit bias, microaggressions and microinequities and how an accumulation of trauma can lead to unexpected events. I was sharing how I was in my apartment with my brother and a colleague and one of them said something irritating—but it wasn’t that bad—and I just snapped. I started throwing furniture across the room. I threw my Isley Brothers album and Patrice Rushen album. If you see someone who just loses it one day, be it a student, faculty or staff, we should just really reflect on what got that person to that place instead of characterizing them as the angry person. Something has been going on that brought that person to that point.

Why do you want to lead the National Medical Association?

That goes back to my service in the military as a naval officer. We undergo leadership training as part of our education. NMA has been a big part of my career progression. Initially, I was focused more on continuing medical education—which is our premier service that we provide for our members. About 10 years ago, I was asked to join the nominating committee and helped introduce behavioral interviewing to the process. Later on, I was asked to be the chair of CAFA (the Committee on Administrative and Financial Affairs), which is one of the signature committees in the House of Delegates, which allowed me to reach out across the organization to help with strategic planning and alignment to optimize the ability for us to thrive as an organization. After that I served two years as treasurer and then was elected in 2019 to a one-year term as president-elect.

What are your plans as president-elect?

The bylaws state that the president-elect should try to visit as many state societies as possible. That’s what I am doing in Houston and at Baylor: Engaging the Houston Medical Forum, the Student National Medical Association, (UTHealth’s) McGovern Medical School, MD Anderson and UTMB. Houston is a really unique place and there are a lot of opportunities for providing an environment and nurturing a culture where everyone can thrive. As president-elect, I am chair of the health policy committee. Priorities for us include decreasing maternal mortality and gun violence as well as the opioid crisis. Most recently, at the annual meeting of the Association of American Medical Colleges (AAMC), I had the opportunity to hear Bryan Stevenson of the Equal Justice Initiative speak. I am completing reading his book—“Just Mercy”—and my wife and I watched the movie based on the book. We need to draft a resolution to introduce to the NMA House of Delegates in support of abolishing capital punishment in the United States of America. I am declaring that “proximity” is the word for 2020.

How will the word “proximity” influence your tenure as president?

In reading “Just Mercy” and hearing Stevenson talk, that word jumps out. The closer you are to people, the more you are able to serve and to come up with solutions to solve problems. Who are we as the NMA and African American physicians? We are in proximity to people in our communities as informed voices with expertise in serving under-resourced populations. From 1978 to 2014, the number of African American males applying to medical school declined, and now there’s a focus on increasing the number of African American males in medical school. NMA has partnered with the AAMC to help to remedy that problem. When you analyze this more, you come to Professor Michelle Alexander’s book “The New Jim Crow” and the mass incarceration of black and brown people. These issues are connected. As black doctors, I think we would be missing out if we don’t expand the view and the discussion beyond just prison to what’s causing that to happen and what type of programming can provide if-you-see-one-you-can-be-one opportunities in the health professions instead of subversion towards the criminal justice system.

When do you become NMA president?