The celebration caps off a year of milestones for Houston Methodist 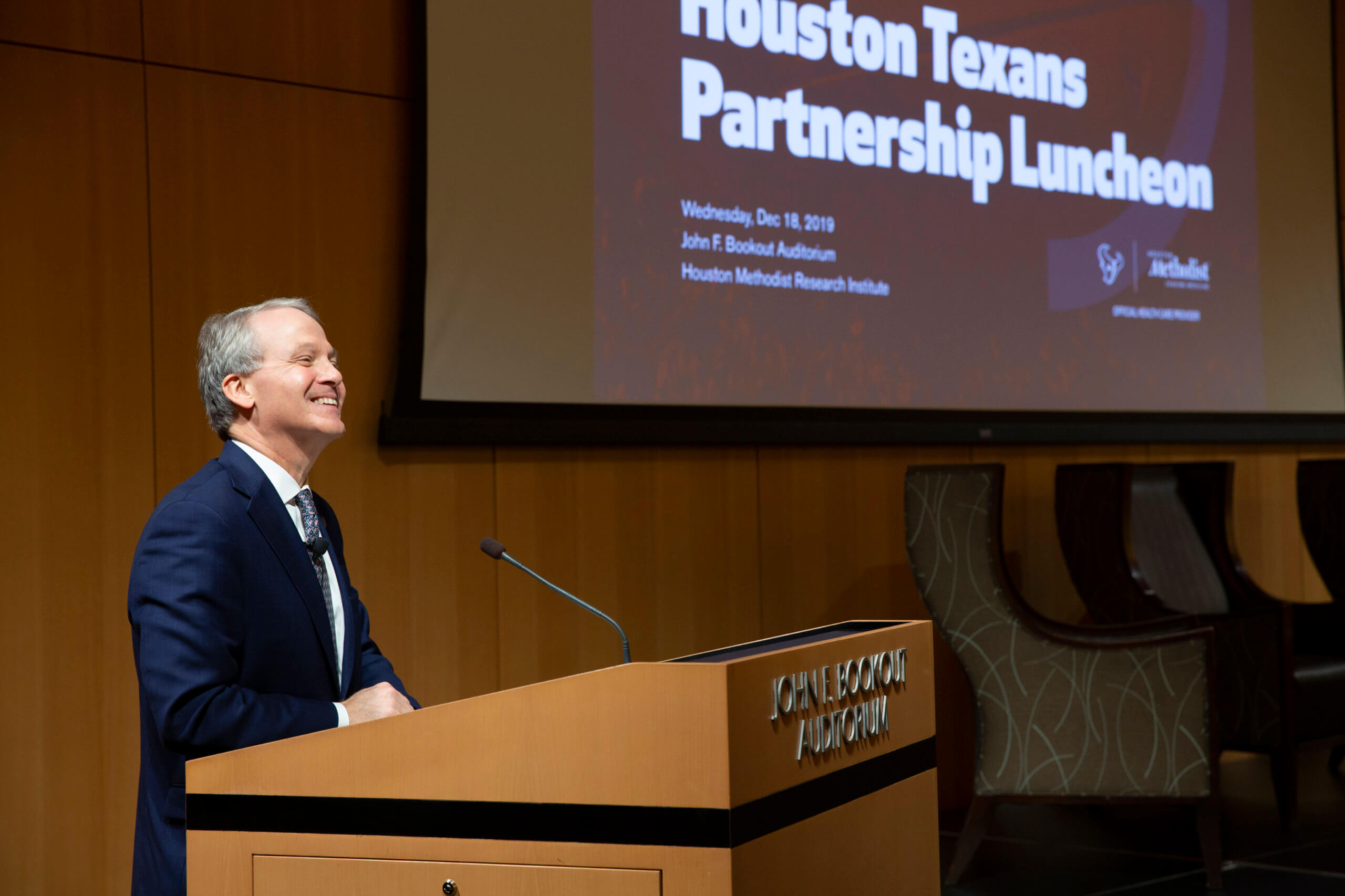 On New Year’s Eve, Houston Methodist will celebrate its centennial, but earlier this month, the health care system that boasts a flagship hospital in the Texas Medical Center and seven community hospitals took an opportunity to celebrate another important milestone—its partnership with the Houston Texans.

The partnership began nearly 20 years ago during the Texans’ first season in Houston. During a Houston Methodist partnership luncheon in mid December, both entities got a chance to reflect on their collective accomplishments.

“The friends that we’ve made at Houston Methodist and the things that we’ve been able to share over the past 20 years have really been outstanding,” said Jamey Rootes, president of the Houston Texans. “This is when you know a relationship works—when we want to say thank you to you and y’all are having us over to say thank you to us.  … That is a mutual admiration.”

Throughout their partnership, the Texans and Houston Methodist have not only cared for Texans players on the field, but they have spearheaded initiatives in the community to improve helmets and safety for student-athletes, led research on player safety and concussions, implemented a sports medicine fellowship at Houston Methodist and much more.

As the largest employer of athletic trainers in the state of Texas, Houston Methodist is able to impact the community in a unique way.