Why are some regions more susceptible to Legionnaires’ disease? 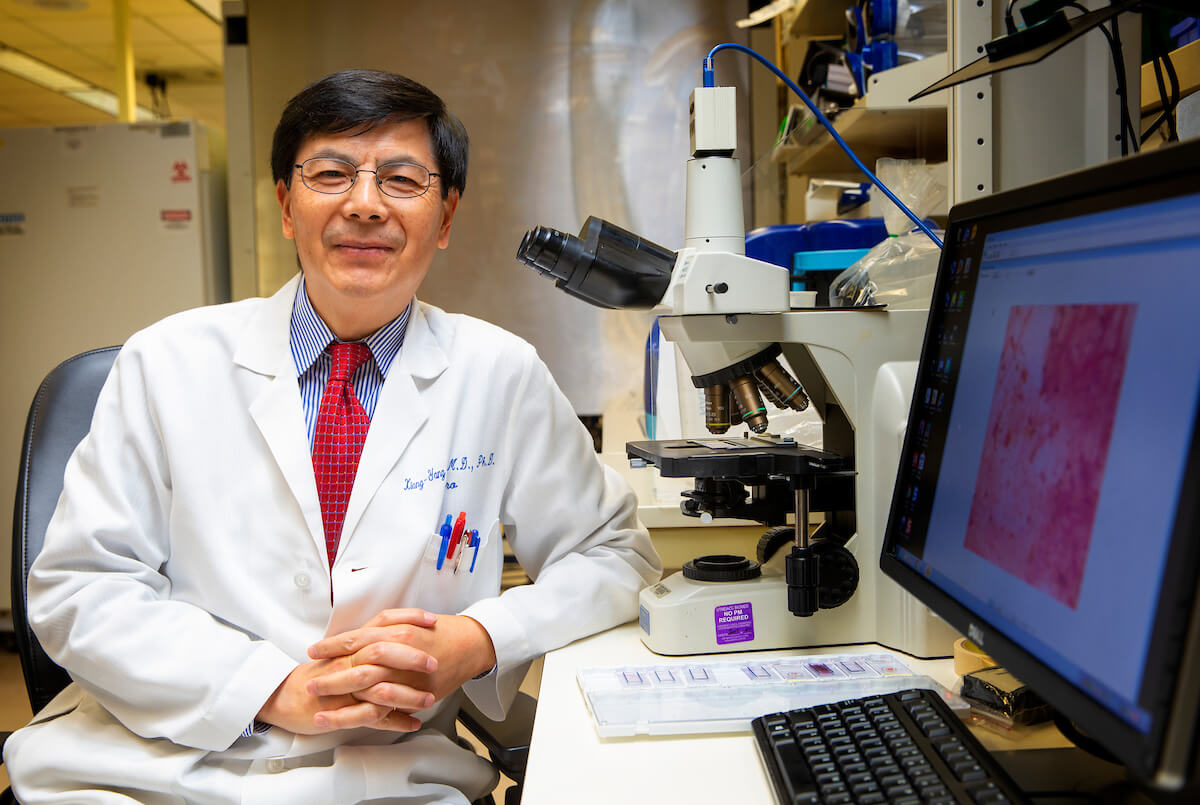 Legionnaires’ disease is a severe form of pneumonia marked by coughing, shortness of breath, fever, muscle aches and pains, and headaches.

Since 2000, the United States has seen an 800 percent spike in the disease, according to the Centers for Disease Control and Prevention (CDC), with a reported 9,933 cases of legionellosis in 2018. Legionellosis is the umbrella term for both Legionnaires’ disease and Pontiac fever, a milder form of the infection caused by exposure to a waterborne bacterium called Legionella pneumophila, often found in moist environments. Hot tubs and large buildings, such as hotels and hospitals, are common breeding grounds for the bacterium to grow and spread.

But outbreaks of legionellosis represent only a small fraction of all cases, said Xiang Y. Han, M.D., a pathologist and microbiologist at The University of Texas MD Anderson Cancer Center.

“For all the cases, only 20 percent of those are outbreak-related,” Han said. “Of the 80 percent of the cases, how did those patients get exposed? Why are some regions more susceptible to Legionnaires’ disease? We don’t know.”

Because climate and environment vary dramatically across the country, Han’s findings offer an explanation as to why some regions are more susceptible to the disease than others. Warm temperatures and wet environments have long been known to promote bacterial growth, but Han’s study identified sunshine hours and UV light as two new factors that curb bacterial growth. Prolonged sunshine increases temperatures, but it also increases UV exposure, which kills bacteria.

Based on these four parameters, Han was able to pinpoint the area surrounding the Great Lakes region as having the highest incidence rates in the country, with Ohio and New York as the top two states with the most cases of Legionnaires’ disease.

“The temperature’s getting higher, but the sunlight’s getting stronger, too. That means the UV gets stronger. Past the Ohio river, the further south you go, the lower the incidence of Legionnaires’ disease,” Han explained. “For example, in Houston, we have 2,900 sunshine hours every year. Whereas in Ohio, there are 2,200 hours … 700 hours less.”

Han’s theory for non-outbreak-related exposure to the bacterium relates to the time people spend on the road.

“The true significance [of the study] is that it gives us insights about exposure,” Han said. The waterborne bacterium can accumulate in dust, mist and mud on the road, entering vehicles through ventilation systems, air conditioning and open windows. Heavy rainfall only compounds the problem.

“There’s a lot of opportunity for exposure,” Han said. “But in that regard, a lot of these cases are probably preventable.”

Han advises people to drive with their windows closed, change cabin air filters and have their vehicles maintained regularly to eliminate any growth and spread of Legionnaires’ disease.

Some national experts insist that incidence rates of Legionnaires’ disease are much higher than the CDC claims. A recent report published by the National Academies of Sciences, Engineering, and Medicine found that the rate of legionellosis is approximately 10 times greater than the total number of reported cases, with as many as 70,000 cases each year.

Those with an increased risk of Legionnaires’ disease include adults 50 years or older who have a history of smoking, a weak or compromised immune system, chronic lung disease or an underlying health condition such as diabetes.

The disease takes its name from the first outbreak in which the waterborne bacterium was identified as the cause—a 1976 outbreak in a Philadelphia hotel where the Pennsylvania American Legion was holding a convention.