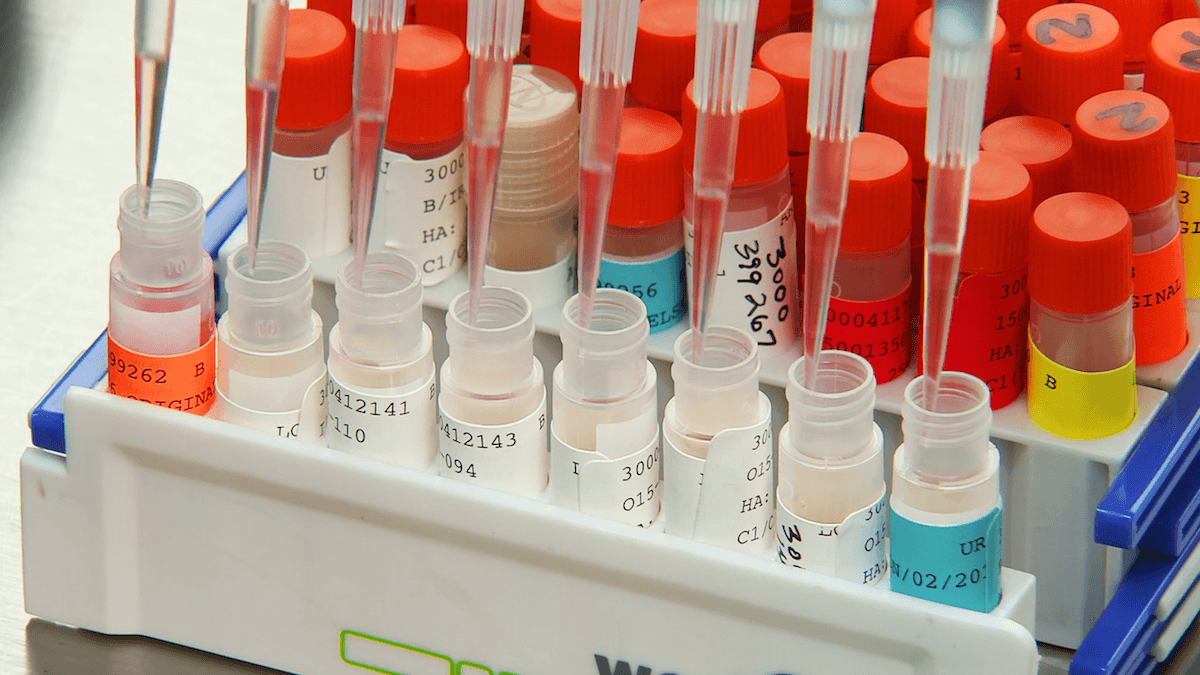 The 2019-2020 flu season, which began in late September, has intensified earlier than usual, causing more severe, widespread illness and featuring a virus type—Influenza B—that usually doesn’t pound patients until January or later. Area doctors are concerned that the current season could be worse than previous years.

Harris County also announced its first flu-related pediatric death this week, which emphasizes that the virus can kill.

“It’s just a reminder of the importance of flu vaccination for the entirety of our community,” Shah said, noting that children under six months cannot get flu shots. “The youngest of the young really rely on all of us—the adults—to make sure we’re vaccinated because it helps protect little kids.”

The boy is the eighth pediatric flu-related death in Texas this season.

“Seasonal flu activity in the United States continues to increase and has been elevated for six weeks,” the Centers for Disease Control and Prevention’s weekly influenza surveillance report for the week ending December 14 said.

Every region in the nation has elevated levels of flu-like illness, with most activity caused by Influenza B viruses. Activity in 30 states—including Texas—is widespread.

Two pediatric flu-related deaths occurred in Harris County during the 2018-2019 flu season. Children’s flu-associated deaths are reportable to health authorities, but the number of adults who succumb to flu-related illnesses each season are estimates.

For the nearly three months of the current flu season, the CDC estimates 3.7 million flu illnesses, 32,000 hospitalizations and 1,800 deaths. So far, 19 influenza-associated pediatric deaths have been reported and most were associated with Influenza B.

Raza, a hospitalist and internist, is concerned about what kind of flu activity might occur after the holidays, as people spend more time inside and in close quarters.

“Our recommendation is to use any of the means necessary to get the flu vaccine. There are so many different ways to get it. Pharmacies are probably the fastest, easiest way,” Raza said. “It takes two or three weeks to fully develop the antibody response. It’s an easy fix to preventing the flu and hospitalization and a whole lot of heartache.”

An online flu tracker developed by Houston Methodist Hospital offers a glimpse of how the flu is impacting people in the area by gathering data from patients tested at the system’s eight hospitals and eight freestanding emergency centers. Influenza B has outpaced Influenza A in the lab for at least the last two weeks.

“Typically, at this time of year, the B is very low and doesn’t pick up until February or March,” said S. Wesley Long, M.D., Ph.D., a clinical pathologist who is the medical director of Houston Methodist hospital system’s diagnostic microbiology lab. “We are seeing more cases of influenza-like illness earlier in the fall. The positivity rate that we are seeing and the number of cases that we’re seeing in influenza are more akin to what we would see in January. We are seeing levels of activity six to eight weeks earlier combined with this odd early start to Influenza B. Because of that, there is some concern that the flu season may ultimately be worse.”

Long stressed the importance of getting a flu vaccination, noting the higher dose flu shot for seniors 65 and older that offers more protection. Good hygiene practices, including frequent hand washing and adequately covering coughs, also make a difference, he said.

Long himself felt flu creep up on him this month (he tested positive for Influenza A), but he said his inoculation kept symptoms mild and caused them to subside after a few days.

“The influenza vaccine has the ability to prevent a lot of death. We’ve already had [8] children die this year in Texas and it’s pretty early in the season—none of them vaccinated,” she said. “It also prevents a lot of hospitalization.”

The former assistant director of the Houston Health Department added that the vaccine also can reduce the length and severity of an illness.

Only about half of the population gets vaccinated, although it’s now recommended for everybody over the age of six months, Troisi added.

“And there are a lot of misconceptions about the flu vaccine, like that you can get the flu from it—not true. Especially the inactivated vaccine; it doesn’t have any virus in it, just parts of virus,” she said. “With the live attenuated that’s licensed for ages 2 to 49, it is possible that you can get the flu, but it’s very rare and it would be a very weak form of flu.”