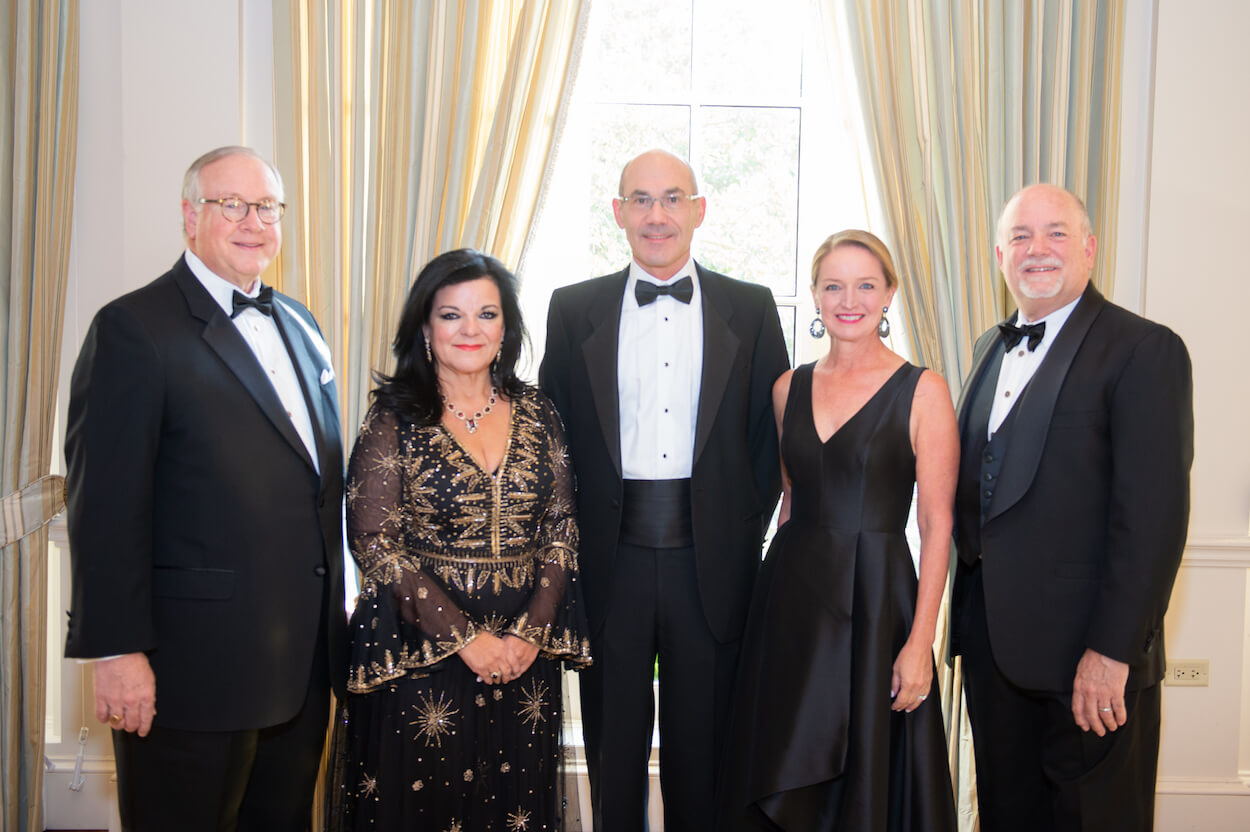 The year 1969 was monumental for Houston. NASA landed the first group of astronauts on the moon and the first iteration of The Health Museum opened on the second floor of the Houston Museum of Natural Science (HMNS).

Fifty years later, the John P. McGovern Museum of Health and Medical Science is a stand-alone Smithsonian affiliate that welcomes people of all ages who are interested in learning about health, medicine, art and the human body.

To celebrate its 50th anniversary, The Health Museum hosted a gala at River Oaks Country Club in early November.

The gala was chaired by Brian Strake Parsley, M.D., and his wife, Katherine, along with J. Downey Bridgwater and his wife, Kerri. Brian S. Parsley is an associate professor of orthopedic surgery at McGovern Medical School at The University of Texas Health Science Center at Houston (UTHealth) and J. Downey Bridgwater is president of Comerica Bank’s Houston market and chairman of the board of directors of the Texas Medical Center.

“The Health Museum is a rare type of museum,” Bridgwater said, “and to have the ability to draw on the expertise of the other institutions of the world’s largest medical center as well as the other museums that surround it makes it an incredibly unique organization. We are really privileged to have The Health Museum as one of our member institutions at the Texas Medical Center and, hopefully, we can grow hand-in-hand over the next 50 years.”

The idea for the museum was born in the early 1960s, after the polio epidemic—which hit Houston harder than nearly every other city in the country—had finally ebbed. A citizens’ committee recommended that health exhibits be built for public display. With money raised, in part, from public contributions to the polio immunization program, The Health Museum launched inside HMNS in 1969.

The museum’s current building, on the northern edge of Hermann Park in Houston’s Museum District, opened in 1996.

In addition to celebrating its golden anniversary at the gala, The Health Museum honored David Braden, M.D., and his wife, Jane; Kenneth Mattox, M.D., and his wife, June; and the MD Anderson Foundation with the “2019 Heart of Gold” award, which goes to people and institutions committed to the museum and the well-being of Houstonians.

“Here at our 50th anniversary, we are again at an inflection point,” Arcidiacono said. “I am more convinced than ever that our museum must remain an essential community resource and not merely a nice place to visit. … We are truly honored to be the spark that ignites the lifelong journey and curiosity of those who enter our doors.”