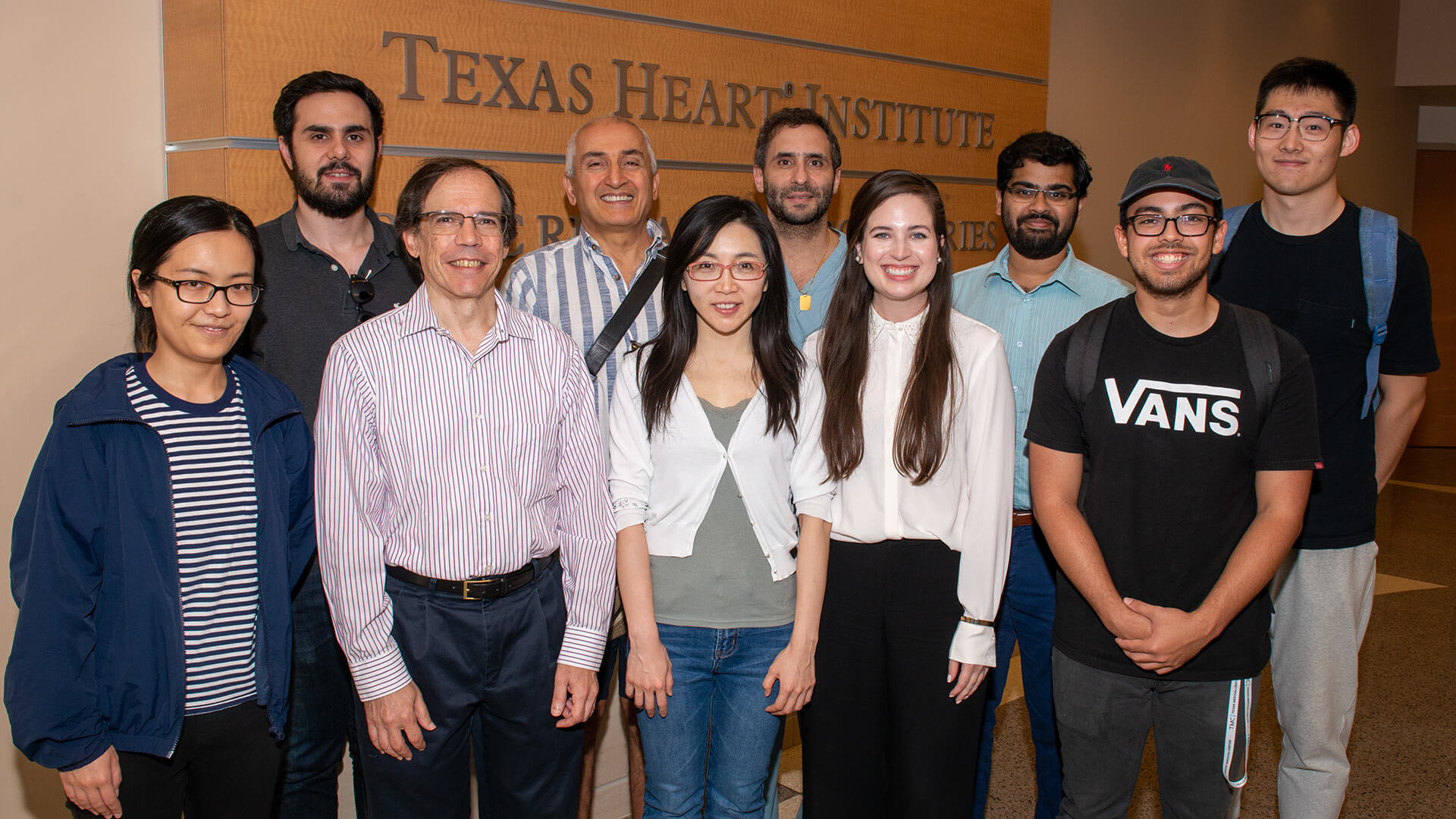 HOUSTON – (November 2, 2019) Texas Heart Institute (THI) was awarded a prestigious four-year, $2.39 million grant from the National Institutes of Health (NIH) to explore further the development of a novel pacemaker system that is both leadless and wirelessly powered. Dr. Mehdi Razavi, Director of Electrophysiology Clinical Research & Innovations at THI, co-PI Prof. Aydin Babakhani at UCLA Integrated Sensors Laboratory (ISL), and co-Investigator Prof. Behnaam Aazhang at Rice University Electrical and Computer Engineering will lead the device development and research studies. The new pacemakers allow simultaneous pacing and sensing from multiple sites in the heart to help reduce the complications associated with the traditional pacemakers in use today. “Current wireless pacemakers can be effective for patients with certain types of atrial fibrillation and in patients with a medical condition or anatomy that blocks access to the vessels where traditional pacemaker leads are attached. However, if the patient needs dual-chamber pacing, we are forced to use a traditional pacemaker with leads. Pacemaker wires called “leads” are prone to fracturing, dislodging, and migrating away from the original location. Our technology could overcome this problem and make wireless, leadless, battery-less pacemakers available to these patients,” said Dr. Razavi, Principal Investigator of the project.

The pacing and sensing devices will be based on silicon-based integrated microchips that were built in Prof. Babakhani’s laboratory at UCLA. Postdoctoral Scholar Hongming Lyu and Ph.D. students Hamed Rahmani and Yuxiang Lyu of Babakhani’s laboratory at UCLA designed the earlier version of the device. Dr. Babakhani’s laboratory has pushed the limits of miniaturization so that an entire pacemaker can fit inside a vein. The miniaturized pacemaker eliminates the need for bulky batteries as it receives energy and commands wirelessly through electromagnetic waves from an external controller. “One of the major challenges of this technology is maintaining the efficiency of wireless power transfer as the device becomes very small, and the antenna becomes inefficient. We have addressed this issue by significantly lowering the power consumption of the electronics used in the pacemaker, integrating all the elements on a single chip, and designing antennas that resonate strongly with the input circuitry of the pacing chips”. Co-PI Prof. Babakhani said.

Pacemakers are used to treat heart rhythm problems, in which the heart beats too fast, too slow, or irregularly—conditions collectively referred to as “arrhythmias” in the medical field. They are commonly used to treat a slow heartbeat that is caused by an overdose of medicine, a heart attack, or heart surgery.

An American physiologist built the first device referred to as an “artificial pacemaker” in 1932. Powered by a spring-wound, hand-cranked motor, the device was dismissed as nothing more than a gadget and was met with opposition at a time when using technology to alter the natural course of life was highly controversial. Pacemaker advances exploded in the late 50s and early 60s with several landmark “firsts,” including pacemakers that were battery-operated and wearable, totally implantable, and self-contained. New battery technology in the 1970s dramatically improved the lifespan of the pacemaker.

After decades of steady pacemaker improvements since the 70s, a new era of explosive growth for the pacemaker could dramatically improve outcomes and quality of life for millions of people suffering from heart rhythm disorders.

New leadless systems are now available that can provide pacing to one chamber of the heart. However, pacing therapy is typically delivered to multiple chambers of the heart in a synchronized manner, and the bulky size and shape of the new leadless pacemakers do not allow for multi-chamber pacing. Miniature, battery-less devices are being tested in clinical trials, but these devices can only deliver effective therapy in combination with another pacemaker.

Dr. Razavi and the team overcome all of these challenges with their wireless, leadless, battery-less pacemaker design.

The pacemaker will also learn from the data it generates, identify patterns, and make adjustments to enable constant optimal patient-specific therapy according to THI research engineers, Dr. Allison Post and Mathews John.

“Our pacemaker is a diagnostic and treatment-delivering device with the ability to constantly read the heart’s electrical needs and self-correct or continuously adjust and recalibrate to deliver a unique pacing treatment, in real time, for each individual,” added Dr. Razavi.

Beginning with the first artificial heart implant by Dr. Cooley in 1969, THI has addressed significant research gaps and secured critical funding from the NHLBI and other government and non-government sources. The NHLBI has been a substantial source of support for THI, stimulating discoveries and enabling the translation of these discoveries into clinical practice.

“THI has a long track record of receiving funding awards from the NIH that have resulted in significant device development and led to productive partnerships with industry,” according to Emerson Perin, M.D., Ph.D., Texas Heart Institute’s Medical Director.

“Arrhythmias can be devastating and difficult to manage in patients with multiple comorbidities and complicated cardiovascular conditions such as heart failure. Dr. Razavi’s pacemaker is highly innovative, and this transformational funding from the NIH underscores the importance and relevance of his work,” added Dr. James T. Willerson, Texas Heart Institute President Emeritus.

The Texas Heart Institute (THI), founded in 1962 by world-renowned cardiovascular surgeon Dr. Denton A. Cooley, is a nonprofit organization dedicated to reducing the devastating toll of cardiovascular disease through innovative and progressive programs in research, education, and improved patient care. More information about THI (@Texas_Heart) is available at www.texasheart.org.

For more information about Rice University Electrical and Computer Engineering