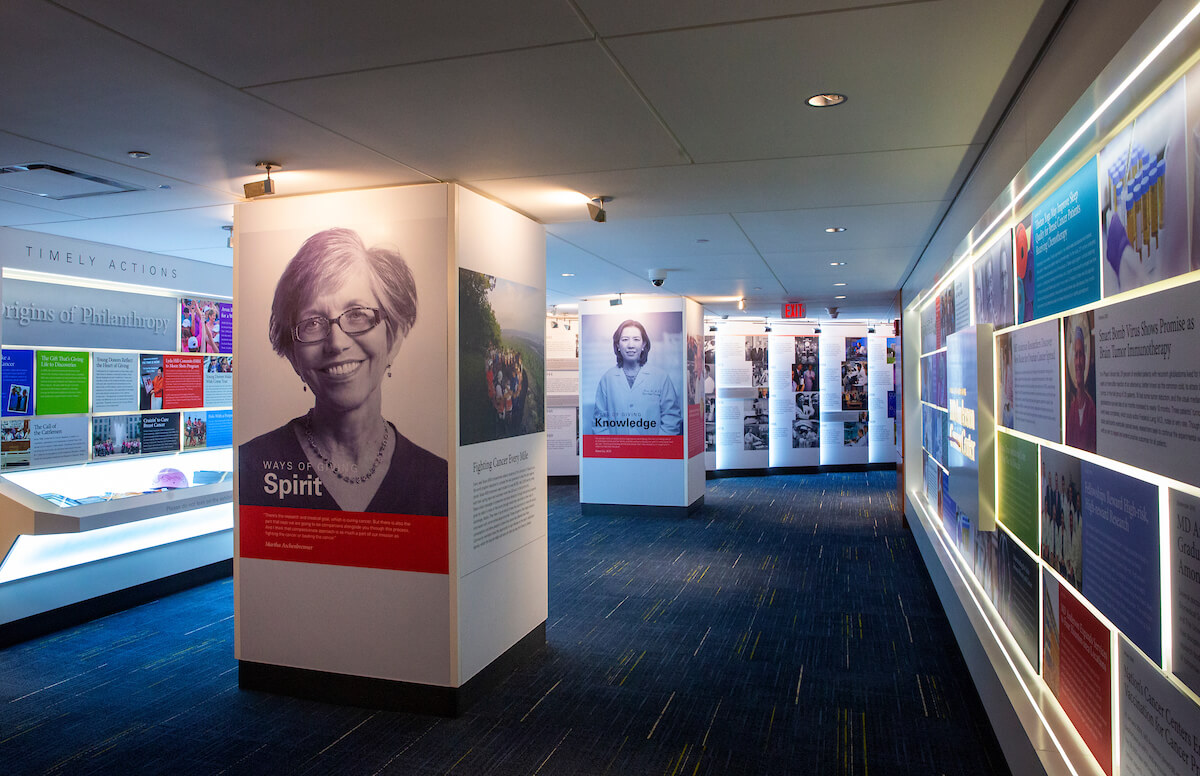 The time between Thanksgiving and year-end holidays including Christmas, Hanukkah and Kwanzaa is known as the season of giving and the same is true at The University of Texas MD Anderson Cancer Center.

To celebrate its many contributors, MD Anderson created Faces of Philanthropy—an onsite, museum-grade exhibit to share donor stories and showcase philanthropy’s influence on the institution.

The decades of contributions—and keys to the leading cancer center’s success—range from monetary donations to research from scientists including 2018 Nobel laureate James Allison, Ph.D.

Monroe Dunaway Anderson, a cotton magnate, left his fortune to a foundation that partnered with the state to build the first cancer hospital in Texas. The entity, now MD Anderson, was created in 1941 as part of The University of Texas System.

Faces of Philanthropy offers a glimpse into the history of how donors have influenced MD Anderson’s evolution into one of the world’s largest and most respected centers devoted to cancer patient care, research, education and prevention. The exhibit also recognizes those who make differences in the lives of others through gifts of time, knowledge and spirit.

The presentation came to life as the institutional advancement and facilities departments collaborated with MD Anderson archives, faculty, staff, volunteers, donor and design experts as well as the architectural firm HOK.

“The history of philanthropy and breakthroughs is not an accident,” Zeidenstein said. “What we are trying to do for patients and visitors in this exhibit is not only give them a sense of history, but also give them something where they can see themselves in the small and big ways in which we make advances against cancer.”

Because the work of discovery is ongoing, designers built the exhibit with updates in mind.

“Philanthropy is absolutely critical to the work we do at MD Anderson. You just have to take a quick look around this exhibit to see that,” Zeidenstein said. “One thing I like to do with both staff and donors who know MD Anderson well is to say, ‘Close your eyes and imagine what would be here if philanthropy had not existed in our history.'”