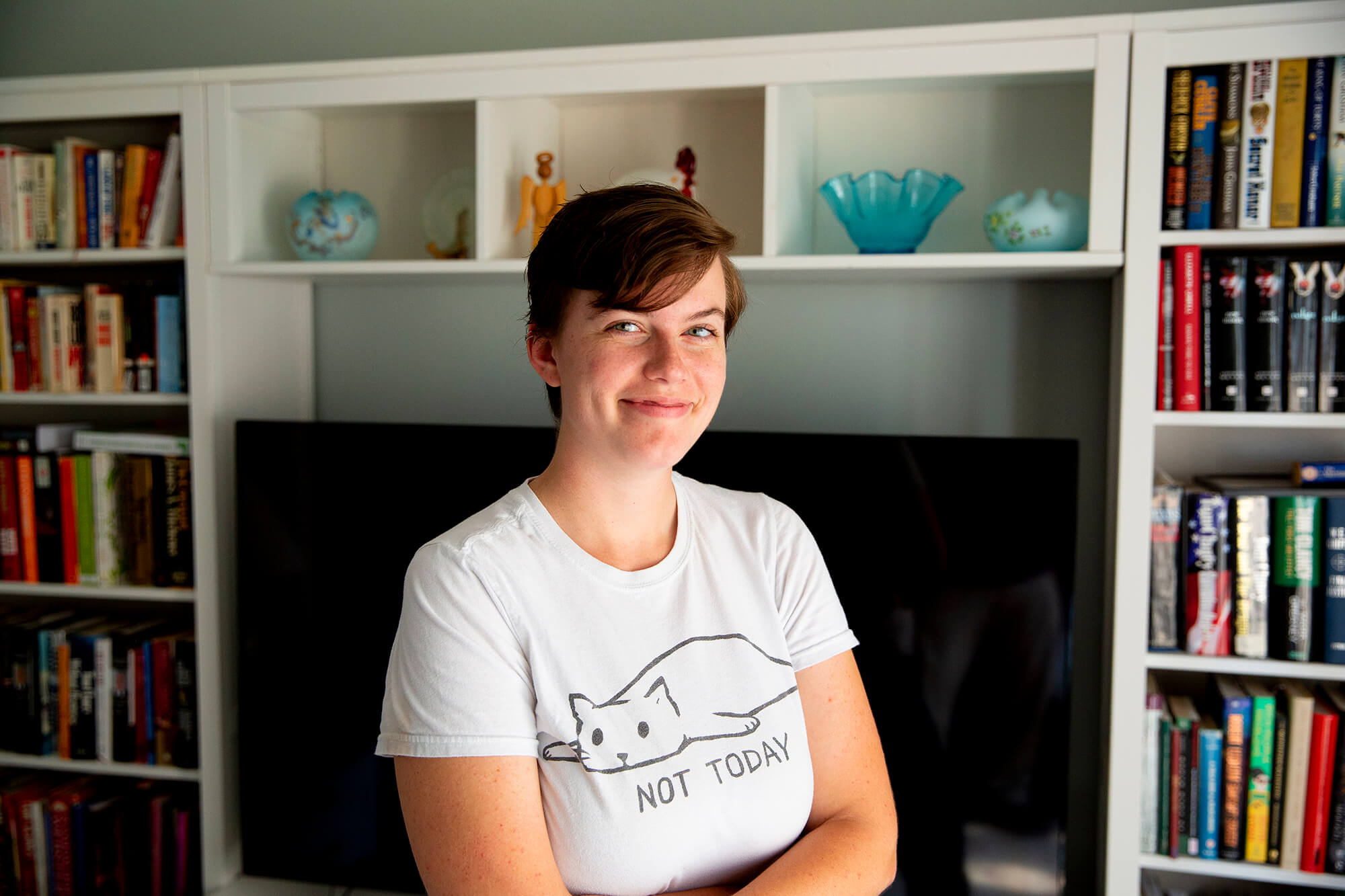 Kathryn Heiss has endured inexplicable fatigue and chronic pain for years. She bruises easily, suffers abnormal scarring and has developed hypermobile joints, but for a long time she did not know why this was happening to her body.

After scouring the internet for answers, the Katy, Texas, resident suspected she might have Ehlers-Danlos syndrome, a condition that affects the connective tissues in the body and could lead to health complications.

In December 2018, she sent a sample of her DNA to AncestryDNA.

“I initially used AncestryDNA to help find and connect with living family members that I never knew existed,” Heiss said. “I’d always been interested in my family’s genealogy and history, so taking a DNA test to see how my genes affect me—and where they came from—seemed like the next logical step for me in my research.”

Heiss, 25, who trained with the U.S. Navy, downloaded her raw DNA data and combed through approximately 700,000 lines of genomic information. Based on the results, there was a possibility that she had inherited Ehlers-Danlos syndrome. But because the results were too broad to be definitive, Heiss decided to see a geneticist and genetic counselor at the Michael E. DeBakey VA Medical Center.

That was a smart move, experts say.

“We’re also there to provide resources and help them navigate what may be reliable and what may be less reliable,” said Daniel Riconda, program director of the Genetic Counseling Program at Baylor College of Medicine. “When you look at the internet and the vast wealth of information out there, sometimes it’s hard to know what is science and what is science fiction, what is anecdote, what is biased or unbiased. Although by no means do we have all of the answers to all of the questions, we may be able to provide some guidance to some of the resources that are more or less useful in that regard.”

Direct-to-consumer genetic tests have surged in popularity in recent years, with a growing population of consumers dabbling in recreational genomics and sending off their DNA to companies such as Ancestry.com and 23andMe to learn more about their traits, ancestry and health.

More than 26 million people had used an at-home DNA test kit by early 2019, according to the MIT Technology Review.

“We, by nature, are super curious people. We want to know information,” said Amy Lynn McGuire, J.D., Ph.D., director of the Center for Medical Ethics and Health Policy at Baylor.

But genetic tests can also deliver devastating news to consumers about their increased risk of certain health conditions, such as breast cancer, ovarian cancer, Alzheimer’s disease and Parkinson’s disease—raising questions about how the tests should be interpreted and who should be interpreting them.

“The ability to get access to, not just genetic information, but all kinds of health information has really changed in the last decade or so. Things are much more toward direct-to-consumer access, as well as online access,” McGuire said. “That really challenges how we think about the traditional health care professional-patient relationship. From my perspective, the gold standard is to be able to sit in a room with somebody and to get the information in a way that is put into context for you from the beginning.”

Before direct-to-consumer genetic tests, genetic information was often delivered face-to-face with a doctor who would explain the results and how to proceed, but the prevalence of these testing kits has removed the health care professional from the conversation.

Genetic testing is “an evolving science,” Riconda said. “In the end, home genetic testing, direct-to-consumer testing, is here to stay. The question is how best to respond to the consequences, benefits and limitations of it.”

While genetic testing can provide multiple benefits and insights into suspected genetic conditions and disorders, it also has its limitations. Direct-to-consumer genetic tests are not meant to be used as a comprehensive, clinical diagnosis; results are an approximation at best.

“Some of the direct-to-consumer companies, like 23andme, test for the BRCA mutation, which if you have it gives you a significantly increased risk of breast and ovarian cancer. But there are thousands of mutations in that gene that are associated with that risk; 23andme is only testing for three of them,” McGuire said. “Not having pre-test counseling, somebody may not fully appreciate that and they may get a result back that could be negative without knowing that there are 997 other variants, to throw out a number, that they need to look at it if they’re really concerned about their family history.”

Ultimately, experts advise people to do their homework beforehand—to know what results they might get back and what’s being tested, to understand the limitations of the tests—and to rely on health care professionals for guidance.

“Genetics is one piece of the puzzle when it comes to our health in most circumstances,” McGuire said. “In most cases, you’re looking at risk prediction and probabilities. People need to take into consideration all of the other factors—like their family history, their lifestyle, their symptoms, their environment, all of the things that play into what makes us healthy and makes us sick.”

Heiss has no regrets about taking the time to see genetic experts at the VA, who explained her test results. Because Ehlers-Danlos syndrome is a group of disorders, her geneticist is currently running a series of tests to identify exactly which form she has. But at least now, Heiss said, she is equipped with more information about what’s going on with her body and why.

“I know preventative measures I can take to improve my overall quality of life and I’m now also more aware of the kinds of complications I can run into,” Heiss added. “I’ve been able to better prepare myself for struggles I may have in the future while making sure I can keep living my life without putting my body at risk for injury.”