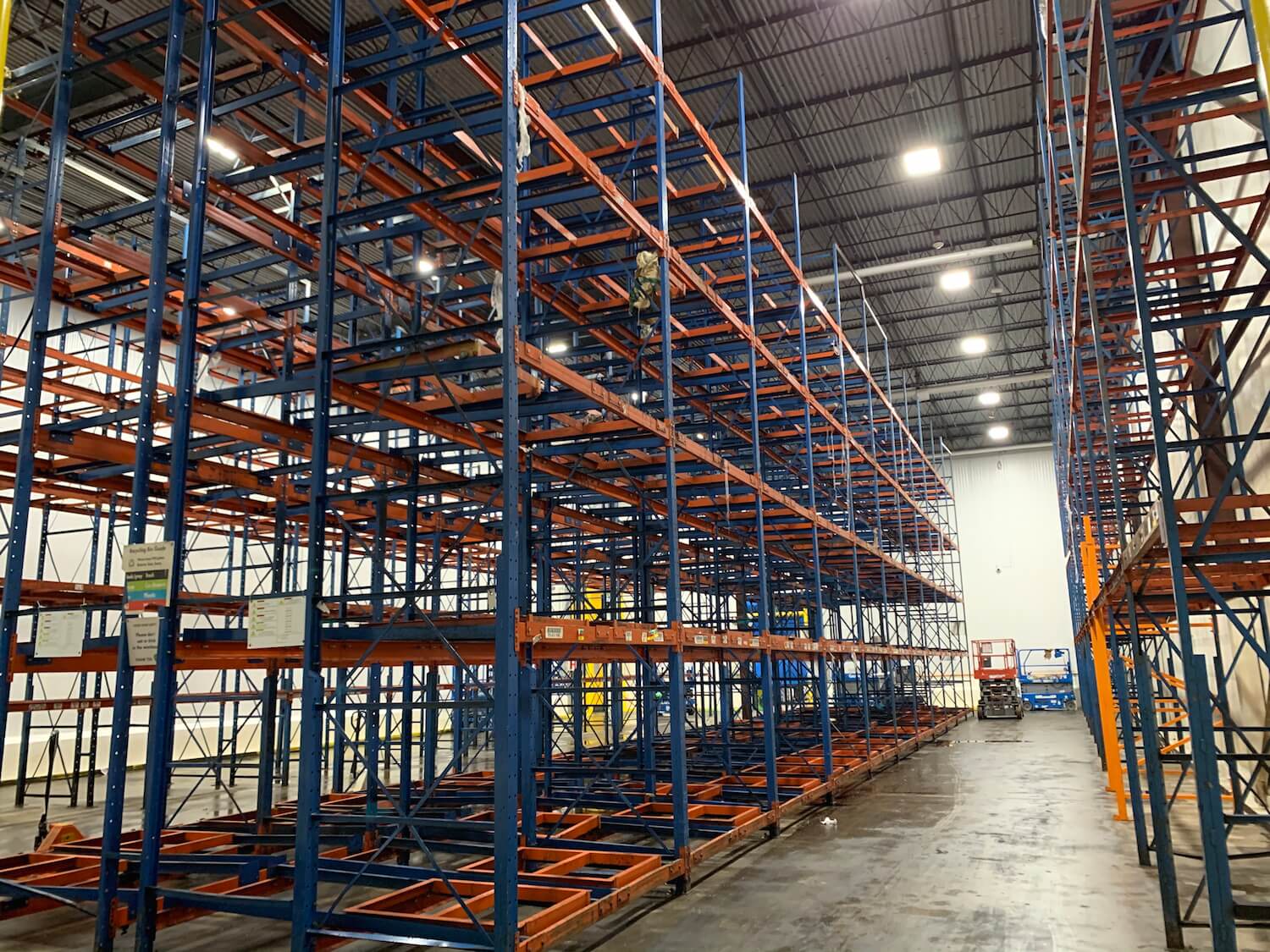 Just days before Thanksgiving, the Houston Food Bank finds itself in desperate need of donations and volunteers after an ammonia leak last week forced the organization to throw out 62 truckloads of produce, dairy and other perishable items. Losing 1.8 million pounds of food and the cost of the damage—between food disposal and replacement as well as cleaning of the affected area—is estimated to be at least $3 million.

“This tragedy is heartbreaking, but it was also the right thing to do. We could not distribute contaminated food and so we had to dispose of it,” said Amy Ragan, chief development officer for the Houston Food Bank. “But that’s a significant hit right before the holidays, and so we’re really trying to get as much food and funds and volunteers as we can to help us get back up and running next week so we can get food out.”

A refrigeration system malfunction caused ammonia to leak into the Houston Food Bank’s coolers and freezers.

“We often talk about how many families are one emergency away from needing food assistance. That emergency could come in the form of illness, a car breaking down or urgent home repairs,” he wrote. “Last week, the Houston Food Bank had an emergency of our own and we need your help to continue serving our neighbors.”

Notably, the nonprofit’s emergency protocols were effective in keeping food bank employees and volunteers safe during the accident.

“Our staff is trained on what to do should there be an ammonia leak, so when it happened, it was in the evening and we had night shift on duty and we had volunteers in the building,” Ragan said. “Our staff got right into action and got everybody out of the warehouse and everybody out of the volunteer area because we wanted to make sure that no one inhaled any ammonia.”

“We really need volunteers. We’re going to need them to help us sort this new product, build produce pallets, sort meats and build holiday boxes for food,” Ragan said. “We also need donations. For every dollar donated, we can provide three meals—so certainly we can stretch those dollars.”

According to the Houston Food Bank, 1 in 5 people in Southeast Texas do not have enough to eat. The food bank helps provide food to children, families and seniors by collecting and distributing food to charities focused on hunger relief. Ragan said that although the accident has impacted people in need, the food bank is making every effort to get food to its partner agencies as quickly as possible. New product is beginning to arrive.

“We’re going to get in as much product as we can and we’re going to get it distributed to our partner agencies next week,” Ragan said. “It might not be as much as we might have originally distributed, but even if we don’t have enough produce, we can still distribute canned vegetables and canned items, too, so I think that we should be able to meet most people’s needs before Thanksgiving. It’s just a stretch. It’s hard to replenish that food.”

The Houston Food Bank has created an easy online form for those interested in donating.

Ragan noted the overwhelming generosity already shown in response to the loss.

“The Houston community stepped up to help us as soon as word got out,” she said. “We have an amazing community that responds to situations like this so positively. Offers of help came in immediately—and we couldn’t be more grateful.” 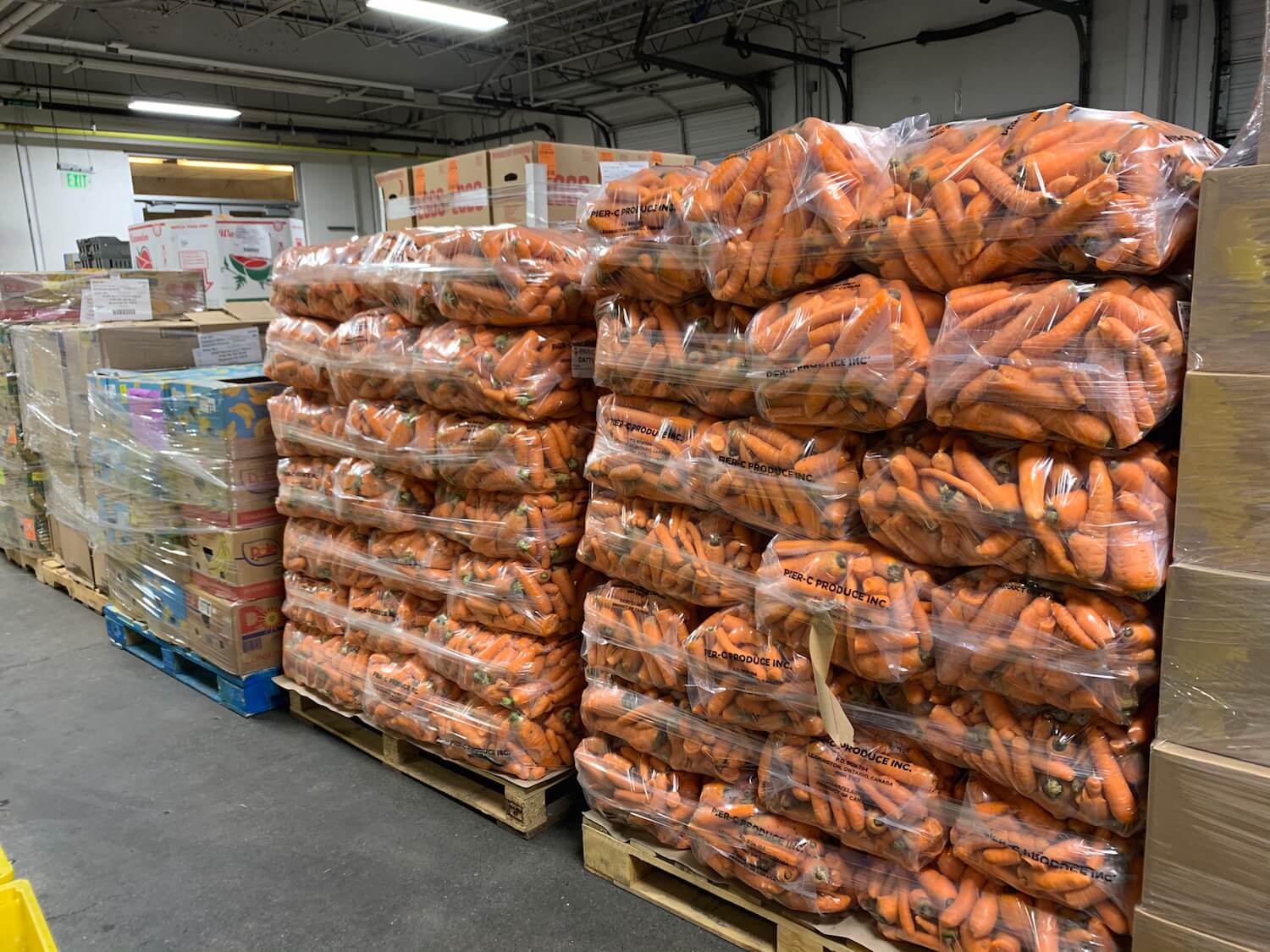 Already, the Houston Food Bank is replenishing their supply with donations of fresh produce, including these pallets delivered on November 19, 2019. (Courtesy photo)