Getting fitted with a custom hip

New technology takes the guesswork out of hip replacement surgery

Getting fitted with a custom hip 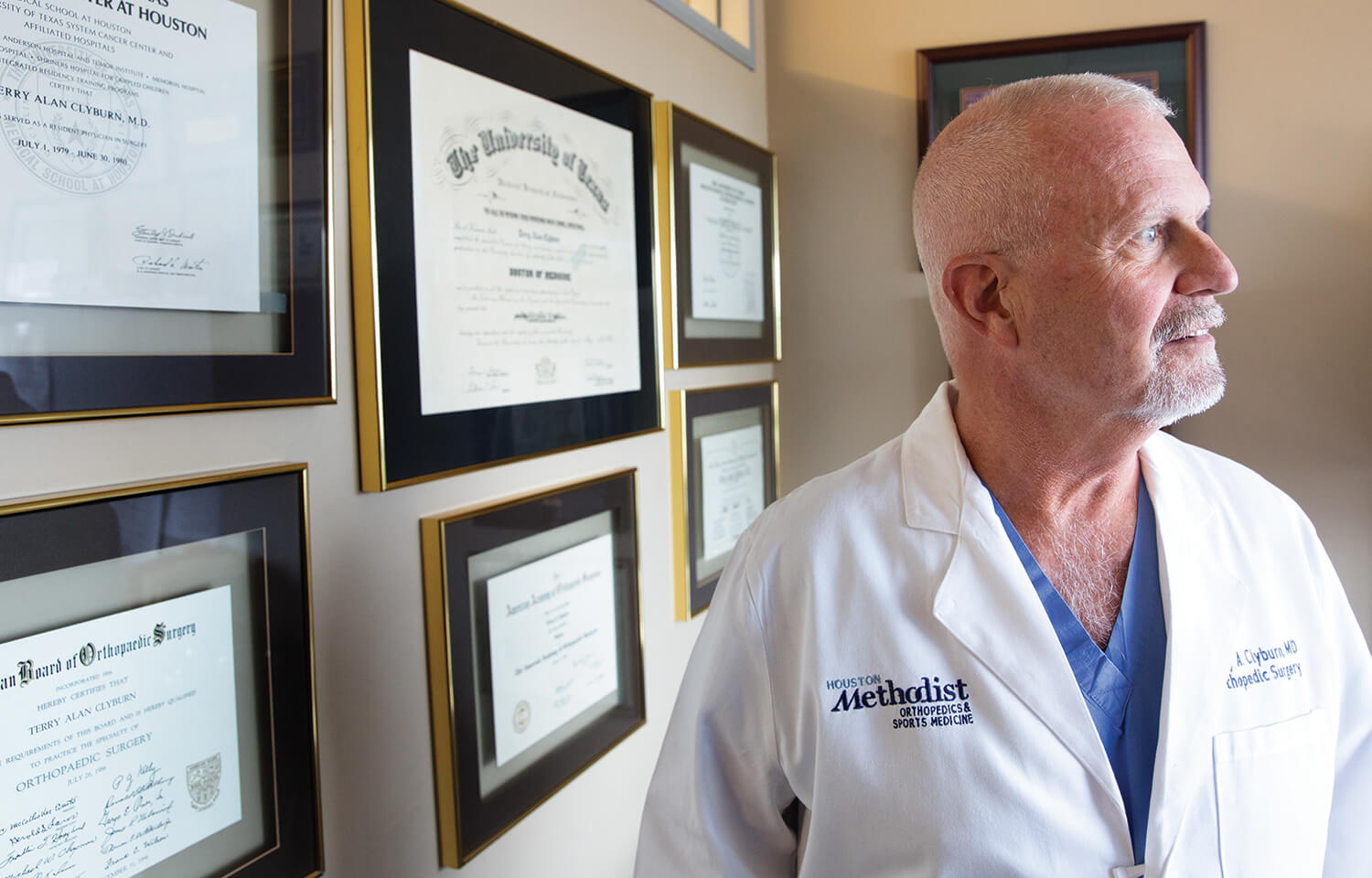 The pain in Kathy LeTourneau’s hips was excruciating—for years. Her doctors in Longview, Texas, finally diagnosed her with osteoarthritis in both hips.

“It was a constant pain,” LeTourneau, 68, said. “It just kept getting worse and worse. I’m not one to give up, so I just kept working through it, but I gained weight because I wasn’t exercising a lot.”

Osteoarthritis, the most common form of arthritis, affects more than 30 million adults in the country, according to the Centers for Disease Control and Prevention. It can develop in any joint in the body, but it is particularly common in hips, since they bear so much of the body’s weight.

Osteoarthritis can occur for a variety of reasons, including age, obesity, genetics and overuse or repetitive stress on the joints.

The pain in LeTourneau’s hips turned small, everyday movements into agony. Lifting her legs and sitting down to get in and out of her car or into her shower-tub combination pushed pain up into her hips. Simple household chores, like vacuuming, became arduous tasks that took a physical toll on her body.

“Everything that we take for granted was really affected,” LeTourneau said. “Not being able to do things, like play in the park with my kids or take walks, was hard.”

In the hip, the femoral head—the highest part of the femur, or thigh bone—is connected to the large pelvic bone like a ball and socket, with a layer of cartilage between. Synovial fluid lubricates the joints to reduce friction, allowing the leg to move and swivel smoothly at the hip joint. But when the cartilage that provides padding breaks down to the point where there is direct bone-to-bone contact, aches, pains, stiffness, swelling and decreased range of motion and flexibility can occur.

A hip replacement is the common treatment.

After a colleague from work underwent a successful knee replacement surgery by Terry Clyburn, M.D., an orthopedic surgeon at Houston Methodist Hospital, LeTourneau decided Houston was where she needed to go. Fortunately for her, Clyburn, an expert in implanting customized knee replacements uniquely tailored to each individual patient using technology from a company called Conformis, was just starting to use the Conformis Hip System, as well. He was one of the first 10 surgeons in the nation to offer custom hip replacements and is currently the only surgeon in Houston performing them. 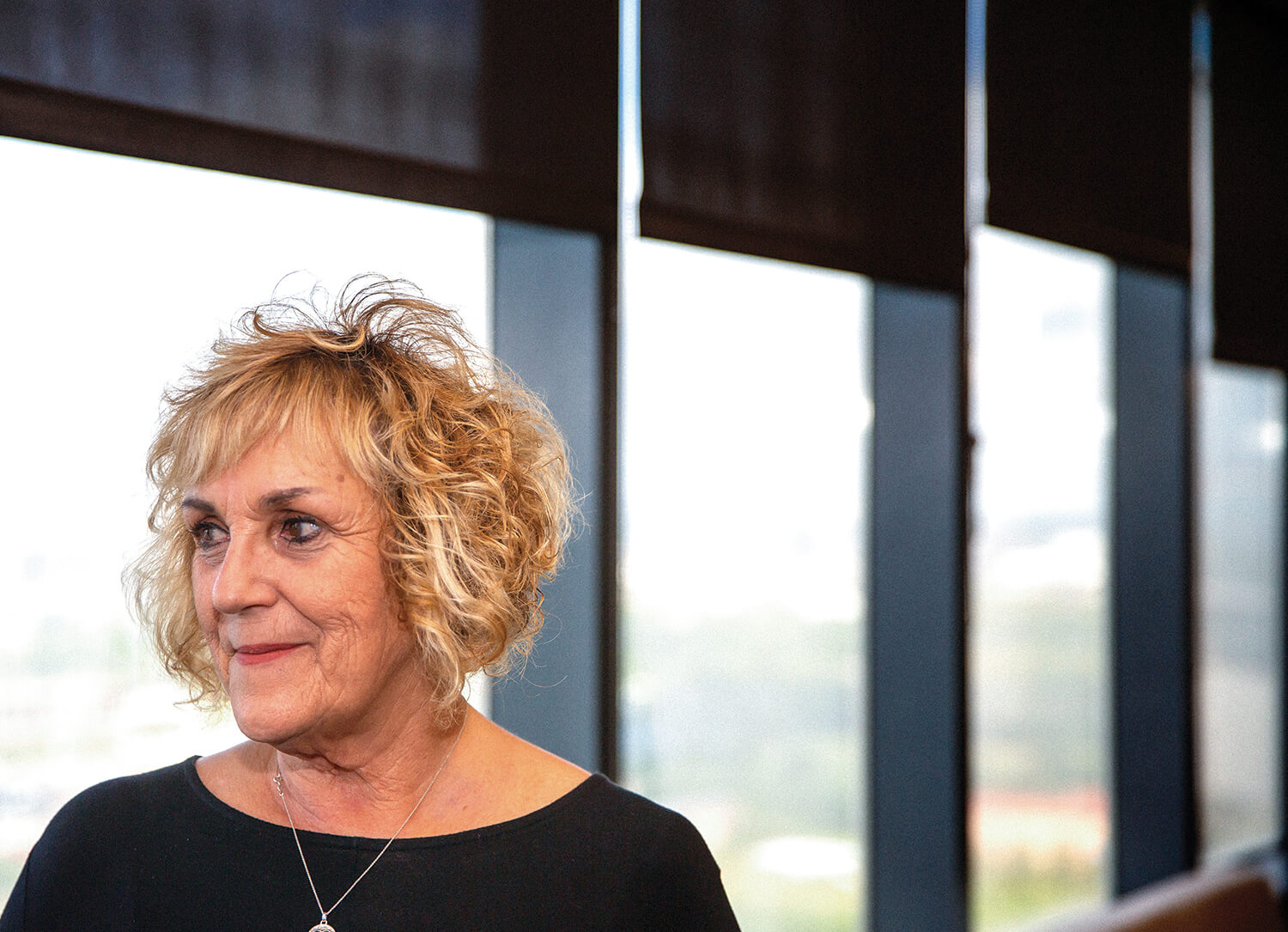 Kathy LeTourneau had both hips replaced with the Conformis Hip System, which creates custom replacement parts for each patient.

Patient-specific design
In September 2018, LeTourneau met with Clyburn to discuss her X-rays and total hip replacement surgery for both hips.

The hip prosthesis consists of a stem that is inserted into the thigh bone, a head joint (ball) that fits into the stem and a cup that is inserted into the socket of the hip joint. Typically, during hip replacement surgery, surgeons select parts for the thigh bone and the socket from a list of five to seven available sizes from medical device manufacturers.

“You take a wild guess at what might fit,” Clyburn explained. “[The computer system] brings you the template for that and you put it onto the X-ray and look at it. If it’s too big or too small, you just pick a size up or down, and you keep doing that by trial and error until you get the size that fits most appropriately.”

It’s not the most perfect fit, but the most appropriate fit.

“It’s like going to the shoe store,” Clyburn said. “If you have big feet, or wide feet, or short wide feet, or feet that are a little bit different left to right, which most people do, you’re never, ever going to find a pair of shoes that fits you perfectly.”

Custom-made hip replacement parts, on the other hand, provide a perfect fit.

Clyburn starts with a detailed CAT scan of the patient’s pelvis and femur to capture every dimension of the hip anatomy. Conformis then creates a 3D virtual model of the patient’s hip, which doctors use to make adjustments and corrections—whether it be widening or narrowing the hip, known as the “offset.”

“If we don’t widen the hip the appropriate amount, it causes weakness of certain muscles and can cause the patient to have a limp,” Clyburn said. “If we make it too wide, it can cause pain over the side of the hip because it’s pushing out against some of the structures on the outer part.”

The new patient-specific design is sent to Conformis engineers, who then create the implant parts out of titanium alloy, along with customized 3D-printed tools and guides for the surgical procedure.

On the day of surgery, the socket can be placed in a variety of positions relative to the patient’s anatomy, but there are certain positions that are more likely to create complications, including dislocation of the hip. Surgeons strive for the “safe zone”—the optimal position of the socket that minimizes the risk of problems.

“When we’re templating the hip using a traditional technique, we visualize in our head how we want to put the cup in,” Clyburn said. “Then when we go in during surgery and we put the cup in, we do our best using the computer … to put the cup in the position that we think is optimal.”

However, studies have shown that even the most skilled surgeons reach the “safe zone” only 60 percent of the time during a traditional hip replacement.

The Conformis Hip System, though, takes the guesswork out of surgical planning and targets the precise position for the parts, minimizing the need for the patient to go under the knife again so the implants can be readjusted.

“The more form-fitting the device is to the individual’s bone, the better the success rate of bone growing into it and stabilizing the implants,” said Clyburn, who has performed more than 15 hip replacement surgeries using the Conformis system in the last year.

“Later that day I told Dr. Clyburn, ‘Okay, I’m ready to do the other one,’ … because the surgery just went so well,” LeTourneau recalled.

Nearly a year later, on Sept, 4, 2019, she returned to Houston for surgery on her left hip.

As a grandmother of two, LeTourneau was more than happy to travel four hours to Houston from her Longview home for an operation that would relieve her pain and improve her mobility.

“Four hours seems like nothing to get to where I am today,” she said. “I remember one time after the surgery, my granddaughter said, ‘Grandma, can you skip?’ I thought, ‘Skip? That has been years and years,’ but I said, ‘Well, let’s try it.’ And I was able to do it after my surgery. It seems simple, but it’s just simple things that I couldn’t do I could do again.”