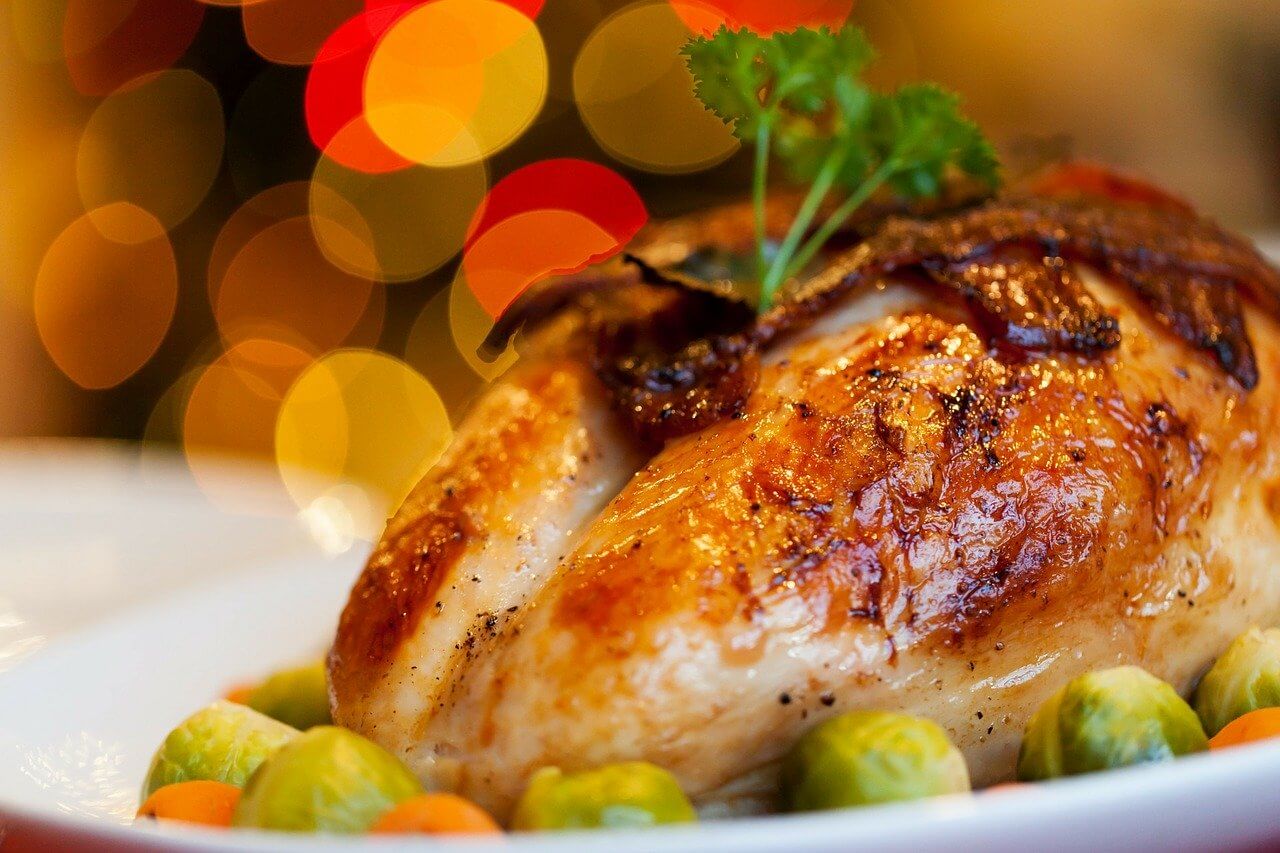 As millions of Americans prepare to gather and feast on a festive, delectable meal, no one wants to be served a plateful of foodborne pathogens along with their turkey, mashed potatoes and gravy.

“Anytime that there is a major holiday, there might be a little bit more increase in food-based, either toxic or viral, gastroenteritis that happens,” said Suneal Agarwal, M.D., a gastroenterologist at Baylor College of Medicine.

According to a recent survey by the Water Quality and Health Council, nearly 1 in 4 Americans reported being food poisoned from consuming a holiday meal.

To ensure the safest meals this holiday season, health experts are encouraging people to follow these cooking best practice.

Wash your hands
It’s critical for people is to wash their hands before they start preparing food and throughout the entire process. The Centers for Disease Control and Prevention (CDC) recommends washing hands for at least 20 seconds with soap and water before, during and after cooking.

The Water Quality and Health Council’s survey showed that 26 percent of Americans do not wash their hands during food preparation, including before or after, which significantly increases the risk of cross-contamination and can lead to dishes being tainted with harmful foodborne pathogens, such as E. coli and salmonella.

To rinse or not to rinse … That is the question
When pulling out ingredients from the refrigerator, it’s important to remember to never leave food out at room temperature for more than two hours. Instead of thawing the turkey in the kitchen sink or on the counter, it’s best to leave the bird on the bottom shelf of the refrigerator.

Bacteria can grow in temperatures as low as 40 degrees and up to 140 degrees. This range is called the “danger zone” because it’s when bacteria can grow most rapidly. According to the U.S. Department of Agriculture (USDA) Food Safety and Inspection Service, the number of bacteria can double in just 20 minutes.

One of the biggest mistakes people make is rinsing a raw turkey in the sink. Though helpful in removing juices or slime, the Centers for Disease Control and Prevention advises against this—even though older cookbooks may include this step in their instructions. Experts say washing the turkey—or any raw poultry—is a recipe for spreading bacteria onto nearby kitchen counters, cooking utensils and other food.

“We’ve been doing this for years, maybe over generations in the household, so it comes across as the norm,” said Sujata Sirsat, Ph.D., assistant professor of food safety at the University of Houston’s Conrad N. Hilton College of Hotel and Restaurant Management. “However, over the past few years, there’s been empirical evidence and scientific studies that have shown that, if you do something like this where you’re rinsing off chicken or turkey, you’re actually enhancing your risks significantly. … If it gets onto lettuce or fruits that you are chopping for a salad, which eventually are not going to be cooked, this is very likely that it could cause a pseudomonas outbreak when consumed.”

Based on a 2019 consumer research project by the USDA, lettuce prepared by people who washed their poultry had a 26 percent frequency rate of contamination. In addition, traces of the bacteria campylobacter and salmonella from washing poultry was found most frequently within six inches of the sink and even 18 inches of the sink.

However, if people feel strongly about removing any remnants of fluid around the turkey, they can pat the bird down with a paper towel instead of rinsing.

Cooking the bird
When it comes time to baking the turkey, ovens should be set to no lower than 325 degrees, which is the minimum temperature to kill any bacteria and foodborne pathogens. It’s important to use a food thermometer to make sure the meat has reached a minimum internal temperature for safety. Although there are different safe minimum internal temperatures for different types of meat, turkey should reach 165 degrees to ensure all traces of bacteria have been destroyed.

“It only takes a few cells to make someone sick,” Sirsat said.

Handling leftovers
According to the USDA, leftovers are one of the most common causes of foodborne illness. Because bacteria can be reintroduced and grow when left in the “danger zone,” food shouldn’t be left sitting around. Uneaten dishes should be packed up and refrigerated at 40 degrees within two hours after being served.

When it comes time to consuming leftovers, people should reheat meat to an internal temperature of 165 degrees.

One of the main causes of food-based illnesses is toxins produced by E. coli, Agarwal said. E. coli secrete toxins that activate receptors that increase fluid in our GI tract, causing diarrhea and electrolyte shifts that can manifest in some people as cramps. Most of the E. coli bacteria cells are dead, but the toxins are rather stable in higher temperatures.

“The actual bacteria might be dead, but those toxins, they’re actually heat stable and actually stay around for a little bit longer if they’re not thoroughly cooked,” Agarwal explained. “Once you cross 125 degrees to 150 degrees, they break down.”

As a reminder, experts urge people to adhere to these food preparation best practices not just for the holidays, but for every day.

“Even day to day as you’re cooking meals for family, these are best practices to follow to ensure that no one gets sick because of foodborne illness,” Sirsat said.