The new space will allow the hospital to handle an estimated 6,600 additional surgeries each year 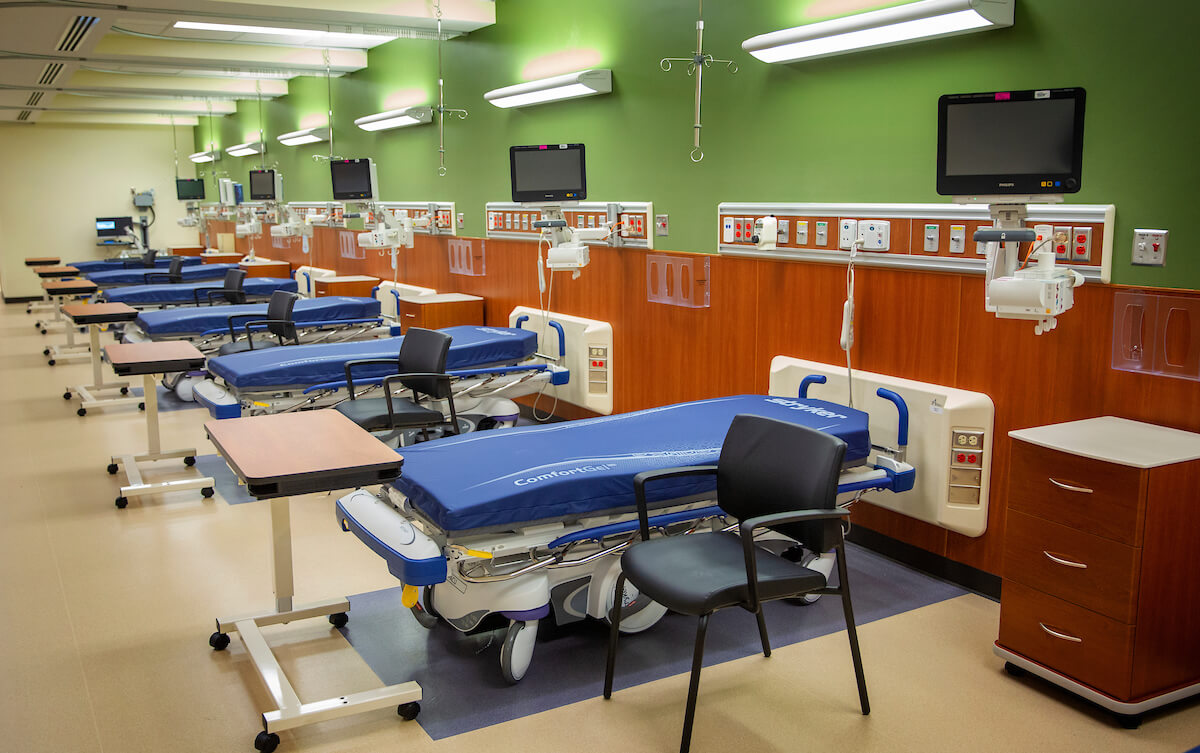 The original 1963 hospital in the heart of the Texas Medical Center was replaced with the current facility and its bustling Level 1 trauma center in 1990.

“A hybrid room is a combination operating room that has a lot of imaging capability,” said cardiothoracic surgeon Matthew Wall, M.D., deputy chief of surgery at Ben Taub and executive director of trauma and critical care. He is also a professor of surgery at Baylor College of Medicine.

The renovated space replaces an outpatient specialty clinic that was “a waiting area from end-to-end and 80 exam rooms,”  said Jason Kunnacherry, vice president of operations at Ben Taub. In 2017, that clinic was transferred to the adjacent “Old Ben Taub,” as the original hospital building is known.

“The beauty of being able to move everything over there was we had an almost completely vacant second floor to work with,” Kunnacherry said. “After evaluating, we determined we needed seven additional operating rooms, support spaces, a larger blood bank to handle the new volume of patients and incorporate new technology, central sterile processing and new equipment.”

Previously, the 444-bed Ben Taub had 11 surgical suites that were about 400-square-feet each. The new operating rooms, 18 in all, are twice as large.

“For us, it is certainly something that is long overdue being a Level 1 trauma center,” said Sharon Land, the hospital’s administrative director of nursing. “From the time Ben Taub opened, we were under-spaced for [operating rooms] and we were not able to meet all of the patient needs because of the small footprint.”

Land estimates the hospital handles 10,000 surgeries annually ranging from routine orthopedic and cardiac interventions to unexpected trauma procedures for patients injured in vehicle accidents or by firearms. The new space will allow for about 6,600 more surgeries each year.

The renovation and its new technology also increased electrical needs.

Ben Taub partnered with the Thermal Energy Corporation (TECO) to install a 60-foot underground pipeline that provides the hospital with unlimited steam and chilled water to power the new space.