A new way to reconstruct breasts inspired by sewing

A new way to reconstruct breasts inspired by sewing 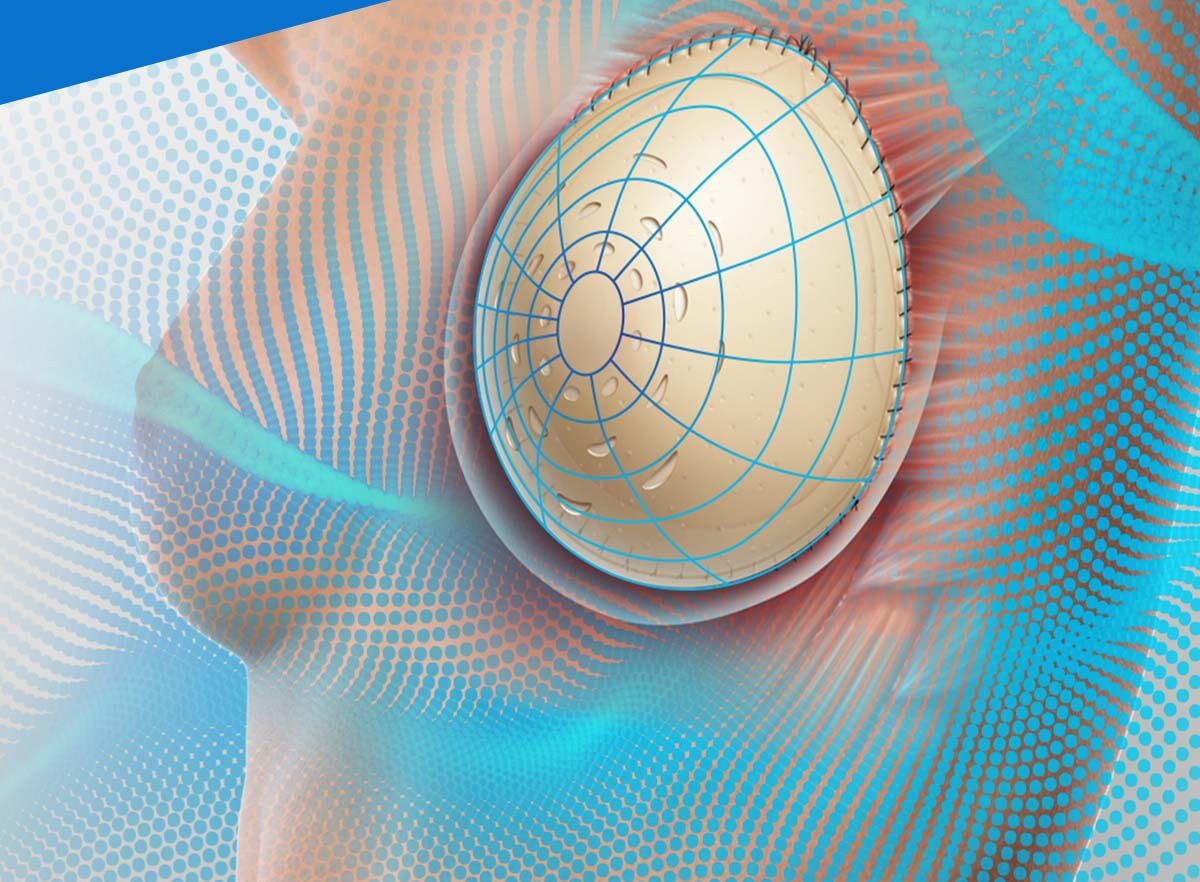 Eleanor “Blitz” Hoppe was 18 when genetic testing revealed that she carried the BRCA1 gene mutation.

“There was a lot of excitement going on in my life,” she said. “I was getting ready to go to college. I had all my friends. I don’t think it affected me in any way, shape or form when I found out. I’m good at compartmentalizing things and I think I put that in a vault and moved on.”

After graduating from Texas Christian University with a nursing degree, she was excited to start her career at Houston Methodist Hospital. Thriving, she brushed aside her knowledge about the gene mutation—but after a few months as an operating room nurse, she decided to no longer ignore her risk of cancer.

“I started noticing that a lot of these women had a history of breast cancer. Some of them were frightening. They didn’t look like they were going to leave the hospital,” Hoppe said. “Then, all of a sudden, the genetic testing crept its way back into my mind.”

That was triggered by her father’s battle with multiple myeloma, a type of blood cancer than affects plasma cells and is treated with chemotherapy.

“I have a dad who has an incurable cancer. We’ve been dealing with that since 2012. At the time, he was on oral maintenance chemo,” Hoppe said. “I knew that if I ever had kids down the road, I did not want to do this to them. It’s not like my dad had a choice, but I do. I have a choice.”

For women carrying the BRCA1 or BRCA2 gene, one of the ways to reduce the risk of breast cancer before it even develops is a prophylactic mastectomy, which involves completely removing the breasts. This procedure can reduce the risk of breast cancer by 95 percent in women who carry a BRCA1 or BRCA2 genetic mutation, according to the National Cancer Institute.

Hoppe knew right away that she didn’t want to put her then-boyfriend and now-husband or her family through the same pain she’d experienced by her father’s side. She empowered herself by undergoing a “nipple-sparing double mastectomy” that literally cut out the risk of developing breast cancer. Houston Methodist reconstructive plastic surgeon Aldona Spiegel, M.D. led the treatment team.

Hoppe’s father, an avid football fan, nicknamed her “Blitz” before she was born. In sports terms, a blitz is a defensive tactic used to disrupt an offensive pass. It’s an apt nickname for someone who embodied a strong defense as a good offense—especially when in terms of her breast cancer risk.

“He told me, ‘You either live up to the nickname or you don’t,’” Hoppe said. “This is a dangerous cancer and I have the choice to protect myself from it. I can beat cancer before it gets its nasty hands on me. It was a no-brainer that I was going to go to Dr. Spiegel. I didn’t have to think twice about that.”

“When we do breast reconstruction, we have evolved to doing what we call a nipple-sparing mastectomy quite frequently now,” Spiegel said. “What that allows us to do is hide the mastectomy scar in the crease of the breast, so in the visual part of the breast, there isn’t really a scar. It makes the breast look very natural and unoperated.”

Spiegel has developed a new, innovative approach to breast reconstruction.

Previously, surgeons remove the breasts and placed implants in the mastectomy pocket under the muscle. The pectoralis muscle covers the top half of the implant, while new collagen provided coverage for the bottom half.

“We were able to do a very nice reconstruction and patients were happy, but unfortunately, the thing that still was a problem was the muscle that was basically causing deformity of the implant,” Spiegel explained. “As you contract, that muscle pulls. It’s right underneath the skin and you can see a deformity that occurs. We were challenged to figure out how we can improve this.”

In pursuit of a solution, Spiegel drew on her childhood in Poland, where she learned how to sew out of necessity.

“Unlike the U.S., where you have American dolls with different outfits, that was not the case in Poland. You just had one doll, one outfit and that was it,” she said.

Her love of sewing dresses for her dolls grew into a love for fashion. When she immigrated to Canada in 1981, she became enamored by designer fashion’s elegant cuts, beautiful silhouettes and stunning embellishments on high-end dresses. Although she couldn’t afford to buy her own designer clothing, she was inspired by a Chanel dress with a corset in an issue of Vogue magazine and decided to replicate it for her prom.

“I really enjoyed thinking three-dimensionally and visually and I feel that plastic surgery—whether it’s aesthetic or reconstructive—requires an aspect of breast design,” Spiegel said. “Sewing was an experience I had that allowed me to figure out this problem. I don’t think I would have been able to figure out easily if I didn’t have that experience of realizing how to sew fabric into a bodice of a dress. That allowed me to problem-solve in this situation and figure out how to make this twp-dimensional shape conform to a three-dimensional object.”

Spiegel created an internal dermal brassiere made of acellular dermal matrix that would support and hold the implant while allowing its installation in the same space where the breast tissue was removed from. This creates a more natural reconstruction without deforming the muscle or pulling the skin. This approach also prevents capsular contracture (a hardening of a thin layer of tissue around the implant) from forming and uses smooth implants rather than textured implants that have been linked to a type of cancer, called anaplastic-large cell lymphoma or BIA-ALCL, for short.

The surgeon’s dermal brassiere, which goes by the commercial name FlexHD Pliable PRE, is a “game-changer” for patients, she said, giving the breasts a more natural appearance and shape with less surgery time, reduced pain and faster recovery.

“The benefit of this dermal brassiere is that it allows the implant itself to assume a dynamic shape,” she explained. “When a patient is lying flat, it looks very spherical—just like a normal breast. As a patient sits up, that implant takes more of a teardrop shape because that dermal brassiere is giving it room to have what we call a dynamic shape change. It allows a natural transition between the breast shape, very similar to the natural breast shape that women have.”

“That is amazingly wonderful to be able to relieve the burden of cancer for a patient or to have women choose preventative mastectomies because they want to get rid of the worry they have every day that they may develop cancer at some point and give them an option which keeps their femininity, keeps their confidence and allows them to shine,” she said.

Without the fear of cancer looming, Hoppe said she’s thankful for Spiegel and the dermal brassiere.

“We’re in a day and age when this is now available to us and these new technologies and advancements are out there, but you still need somebody who knows what they’re doing,” Hoppe said. “Don’t be afraid of taking control of your health. You have the choice and I chose to hopefully keep myself healthy in the future.”