The remedē System acts as a pacemaker for the lungs 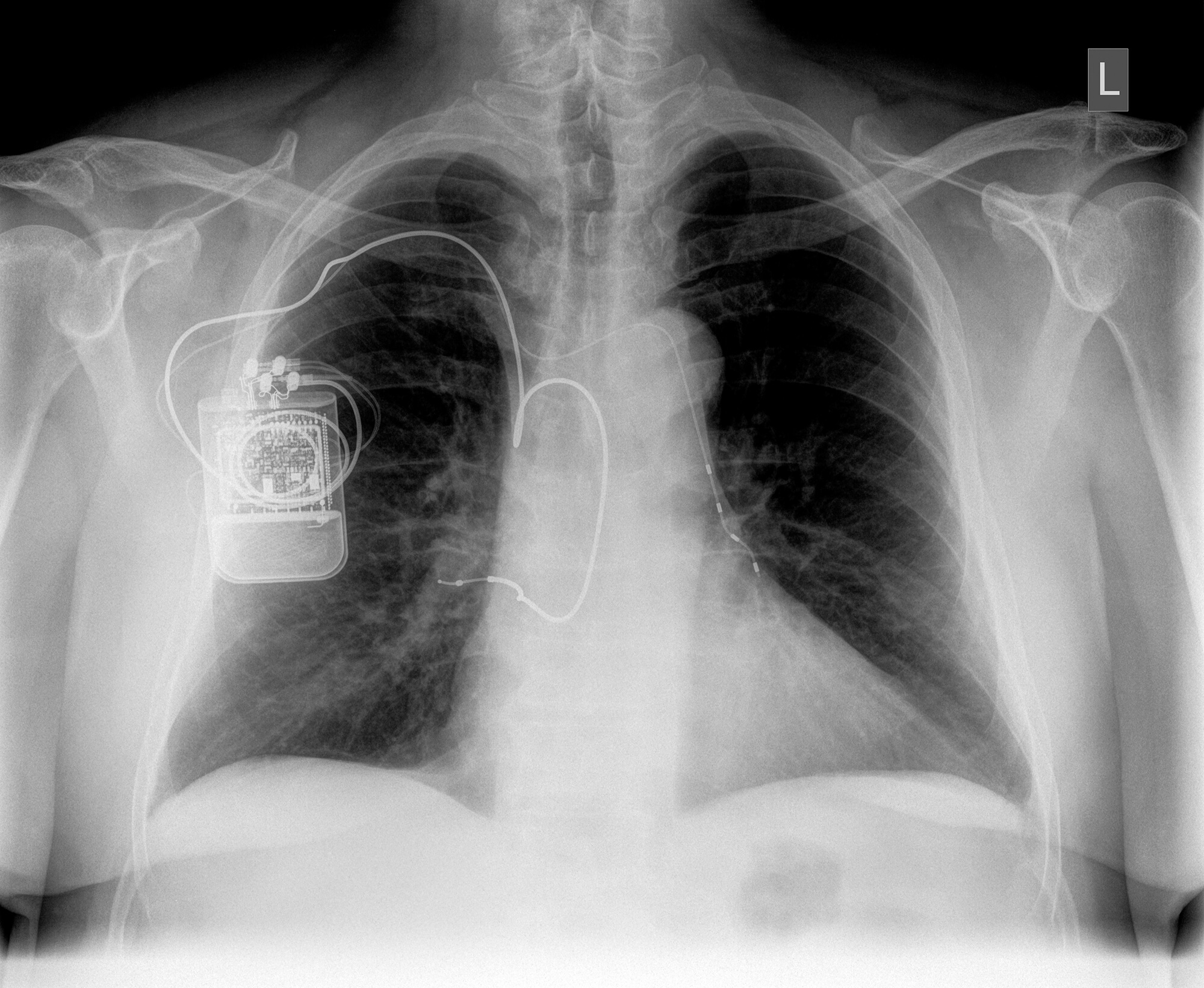 Houston’s VA is the first in the country to treat patients suffering from central sleep apnea with an implanted device that regulates breathing muscles.

The remedē System restores normal breathing patterns by stimulating a nerve that runs from the neck down to the diaphragm. Essentially a pacemaker for the lungs, the device treats the least common type of sleep apnea.

“There are two forms of sleep apnea: obstructive, which is the larger patient population, and central, which accounts for about 5 to 10 percent of the sleep apnea population,” said Joshua A. Gonzalez, a spokesperson for Respicardia, the company that manufactures the remedē system. Obstructive sleep apnea occurs when throat muscles and soft tissue in the mouth relax, which narrows or blocks the airway enough to disrupt normal breathing patterns.

By contrast, central sleep apnea occurs because the brain does not send the appropriate signals to the respiratory muscles. Those who suffer from this type of sleep apnea have few treatment options.

“When they sleep, there is no nerve that stimulates the diaphragm, so there is no oxygen in and out of the lung,” explained Hamid Afshar, M.D., a cardiologist at the Michael E. DeBakey VA Medical Center. “That is the reason why the oxygen drops.”

The remedē System stimulates the phrenic nerve to send signals to the diaphragm to restore and regulate normal breathing patterns. Implanted by a cardiologist during a minimally invasive outpatient procedure, the system includes a battery-powered device placed under the skin in the upper chest area with two thin wires that attach to blood vessels—one to deliver the therapy and the other to sense breathing.

Veterans are four times more likely than members of the general public to suffer from some form of sleep apnea, according to the nonprofit National Sleep Foundation. Even so, some could be misdiagnosed because the symptoms are mistaken for a side effect of post-traumatic stress disorder (PTSD), said Philip Gehrman, Ph.D., an assistant professor of psychology at the University of Pennsylvania’s Perelman School of Medicine and a member of the Penn Sleep Center and the Philadelphia VA Medical Center.

“When people wake up out of an apnea, they are oftentimes gasping for air, their heart is racing and it is a surge of the fight or flight reflex,” Gehrman said. “People might interpret that as waking up from a nightmare—because waking up from a nightmare would be similar. Once people are accurately diagnosed with sleep apnea, it will not make the PTSD go away, but it will improve the overall severity of their symptoms.”

Gender and age are two factors that seem to support high rates of sleep apnea in veterans.

“If you’re looking at the veteran population, we know that being male increases your risk of sleep apnea and the veteran population is roughly 90 percent male,” Gehrman said. “Increasing age is a significant risk factor and a large number of patients in the VA system are Vietnam-era veterans.”

Central sleep apnea often occurs among patients who are ill from chronic heart failure, stroke and other maladies.

“As a cardiologist, when I look at it, we are treating people with central sleep apnea, but when we treat that, we are also treating a lot of overlapping congestive heart failure, overlapping atrial fibrillation, hypertension and more,” Afshar said.

The remedē system was approved by the U.S. Food and Drug Administration in October 2017 and was introduced to the Houston VA this spring.

“It is personal to me to help veterans because they help our country stay safe,” Afshar said. “I think our veterans deserve the best.”