Microplastics have invaded the food supply

What are the health risks of synthetic debris?

Microplastics have invaded the food supply 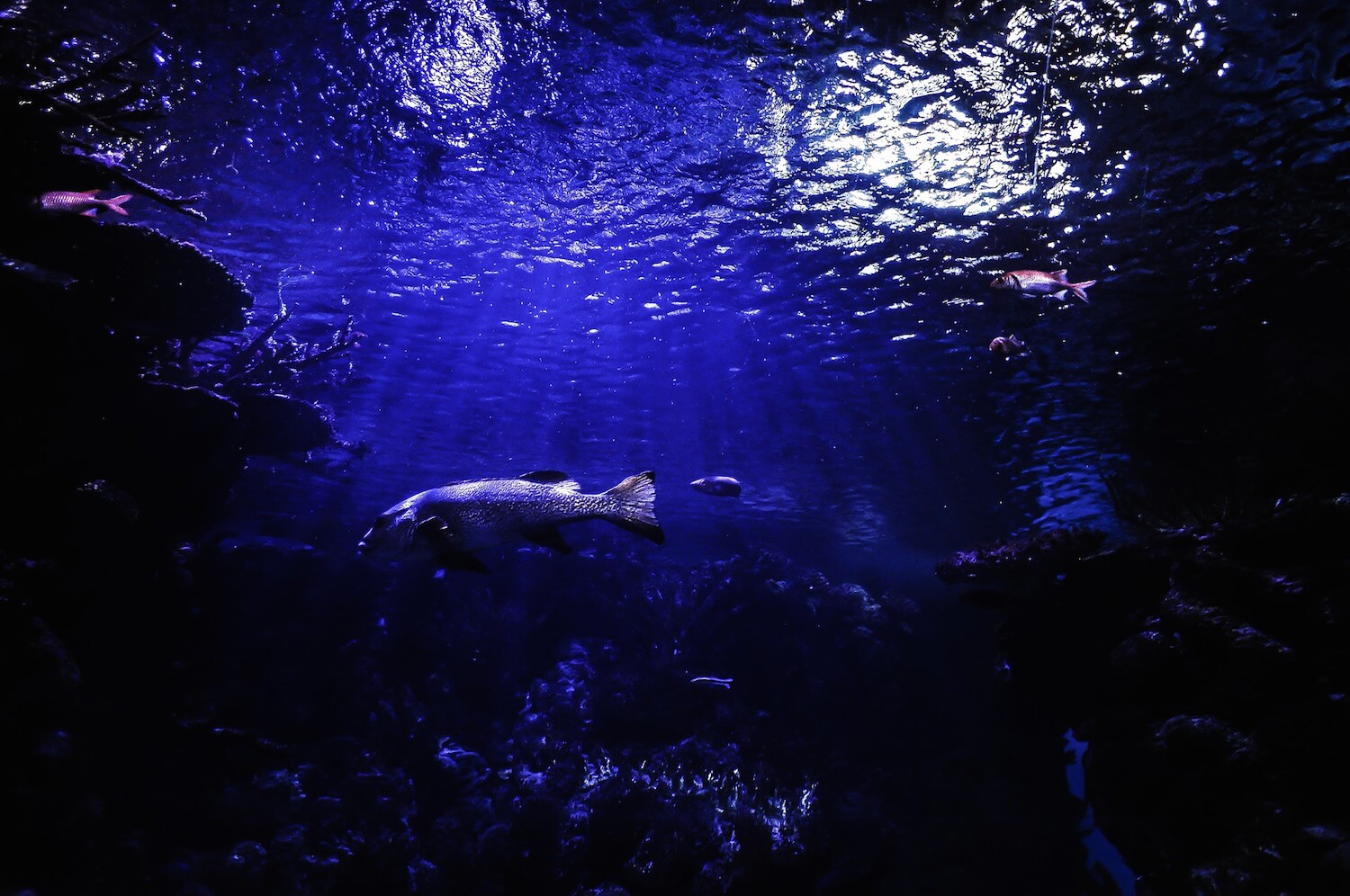 Microplastics are everywhere. These tiny fragments of synthetic debris, ranging in size from 5 millimeters to microscopic, have been found in oceans and rivers, fish and shellfish, tap water, beer and sea salt. And that’s only where researchers have looked.

As a result, humans are eating and drinking microplastics, which has scientists concerned about the long-term effects on the human body.

Michael Mancini, Ph.D., a professor of molecular and cellular biology at Baylor College of Medicine, says microplastics can leech the chemicals that make plastic so hardy in the first place—including phthalates and bisphenol A, commonly known as BPA. Both are believed to be potentially harmful to human health, and we all risk exposure to these chemicals when we drink out of plastic bottles or heat food in plastic containers.

“If those microplastics contain the endocrine disruptors that we and other researchers have been studying for some time now, then getting them into your body is going to have the same effect as any other route of entry,” Mancini said “I wouldn’t recommend dining on that kind of stuff, especially for anyone younger than adolescence, since early, low-dose, long-term exposure to endocrine disruptors seems to be the most harmful.”

In animal studies, phthalates and BPA were both observed to act as endocrine disruptors, which can interfere with the hormonal system and cause birth defects, tumors and other developmental disorders. Mancini said that through epigenetics—heritable changes that do not involve alterations to the DNA sequence itself—the effects of these endocrine disruptors can be passed down to subsequent generations.

In other words, it may be too late to avoid the harmful effects of microplastics—or to protect our children and their children from them.

“It’s a lot,” Mancini conceded. “The epigenetics are really the problem, because it just doesn’t go away. At least in animals.”

Samples from a water column

Tucked into the shoreline between Santa Cruz and Carmel-by-the-Sea is Monterey Bay Aquarium Research Institute (MBARI), a private organization dedicated to developing technology for oceanographic study. Built near the inland center of the bay itself, the Institute sits at the head of the Monterey Canyon—a steep, underwater drop with depths comparable to the Grand Canyon. It is one of the deepest submarine gorges along the continental United States and home to a large and diverse body of marine life—and its proximity to land offers a unique opportunity to study the deep ocean.

Often called the “final frontier” on planet Earth, the deep ocean remains widely unexplored. But according to recent findings from scientists at MBARI, even the bottom of the sea isn’t immune to human pollution. What’s more—it’s ending up in our food supply.

Using innovative robotic technology developed by MBARI, researchers gathered samples of a “water column” from the surface all the way down to the bottom of the sea floor. After filtering the samples with a technique called Raman spectroscopy, which uses a laser to measure the scattering of light by matter, they discovered that microplastics were present throughout the ocean.

“Every sample we had, there was plastic in it,” said Kyle Van Houtan, Ph.D., chief scientist at the Monterey Bay Aquarium and one of the researchers who teamed up with MBARI for the study. “There was actually four times as much plastic below the surface as there was at the surface.”

While plastic itself does not easily degrade, it will break into increasingly smaller pieces. Once these tiny pieces are covered in algae and other biological materials, their buoyancy properties change, which explains their presence throughout the water samples, Van Houtan said. This research was the first time this kind of microplastic sampling had been done on a vertical transect of the ocean—rather than across a large swath of the surface.

The scientists didn’t just stop with water samples—they looked at marine life, too. It turned out that the tiny pieces of plastic had also made their way inside sea creatures, from tiny organisms to larger fish—fish that, through the inevitable cycle of the food web, wind up on dinner plates.

“We also looked at two different organisms that occurred throughout the water column, pelagic red crabs, which make their living by filter feeding, and these organisms called giant larvaceans. … Every crab, every larvacean, every water sample had plastic in it. Everything had plastic in it,” Van Houtan said. “The numbers are staggering of how much plastic goes into the ocean every minute, every hour, every day—of how many particles are actually in the ocean right now, in the marine ecosystem, in the food webs and passing to higher-level organisms like sharks and tunas and sea birds, and that ultimately interacts with our food web, because we eat fish that come out of the ocean. We also eat a lot of filter feeds like clams and mussels and oysters, and they’re doing the same thing that these larvaceans and pelagic red crabs are doing—they’re filter-feeding the water column, so whatever’s in the water, they’re going to get.”

The MBARI study, which was published in Scientific Reports in June, isn’t the first time microplastics have been discovered in the food supply.

A separate study published in PLOS ONE in April 2018 found “anthropogenic particles”—including microplastics and synthetic fibers—in tap water, beer and commercial sea salt. The researchers calculated that the average person ingests more than 5,800 particles of synthetic debris annually, with the vast majority coming from tap water.

In recent years, plastic manufacturers, acknowledging the health risks associated with BPA especially, have looked for alternatives to the synthetic compound. But many of the alternatives have been shown to carry similar chemical activity, Mancini said, which means they would also interfere with the hormonal system.

“When BPA-free products were showing up on the shelves and baby aisles and everywhere, manufacturers were so proud of themselves for taking the BPA out and they just grabbed an alternative, which nobody ever tested. We tested a bunch of them, and guess what? They have a lot of activity, too,” Mancini said. “The thing is, though, they can make plastic that doesn’t have endocrine-disrupting issues, but getting the industry to convert is a different question.”

Mancini said that, personally, he’s removed as much plastic from his home as possible, but with microplastics invading the water and food supply, that act could be compared to a drop in the ocean.

“One of the things that was pretty prominent in our results was that 40 percent of the materials that we were able to identify to a specific plastic polymer were from PET—that’s the triangle with the number ‘1’ inside that you see in recycling. It’s polyethylene terephthalate, which is very common in single-use consumer products like food containers, beverage containers or things like ketchup bottles or soda bottles. So that’s something we can change,” Van Houtan said. “With such a large, geopolitically entrenched problem like this, there’s probably not going to be a silver bullet. However, we do know that if we stop producing and using these materials, that will stop the flow.”

While the MBARI study did look at common materials used in the local fisheries and maritime operations in Monterey Bay to try to determine if the pollution was originating locally, Van Houtan said, researchers did not find much similarity between those materials and the microplastics they pulled from the ocean. He also said that while he believed much of the plastic they found originated from land, a significant amount came from worldwide dumping of trash directly into the ocean. The group measured the water column in two different locations and found more plastic further offshore than they did near the shore.

“We have a reckoning to make with our use of plastics in the United States. We’ve become so used to these materials because they’re durable and they’re very useful … but it’s time, and we especially need to start with these single-use products. There’s just simply no need to be using things and throwing them away like this,” Van Houtan said. “The ocean is obviously a place where everyone likes to recreate and surf and fish and have fun, but it also regulates our climate, it also produces protein for billions of people on this planet, and we can’t take it for granted and we can’t keep throwing our trash in it and expect it to keep taking care of us in the way it has. We have to do a better job.”