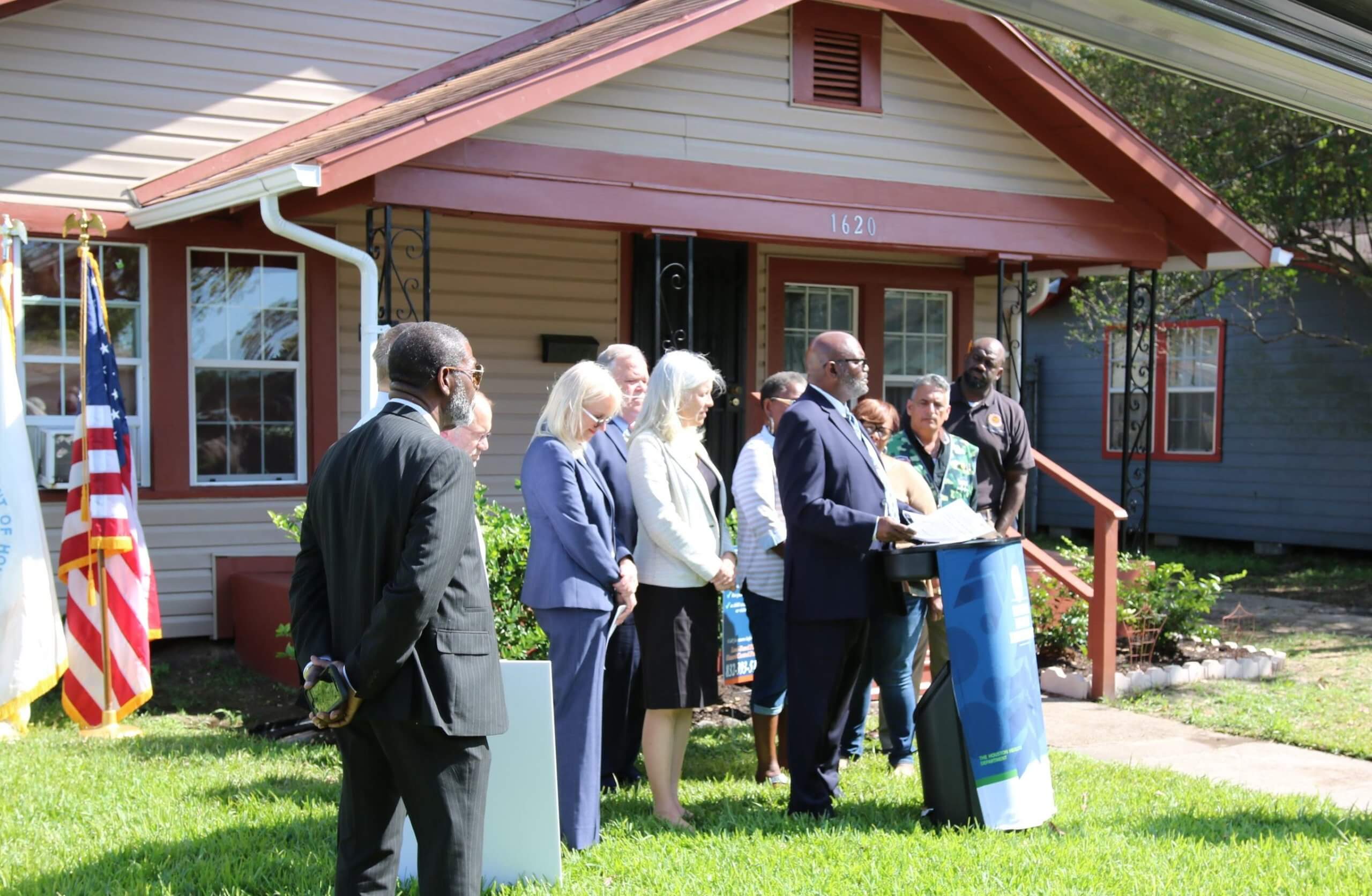 Houston was among several cities to receive the largest grant possible this year—$9.7 million—from the U.S. Department of Housing and Urban Development (HUD) for home lead-based paint reduction.

HUD awarded an unprecedented $319 million to local government agencies and tribal communities to protect children and families living in more than 14,700 houses nationwide from lead paint and other home health hazards.

Houston, Baltimore, Cleveland, Detroit and Lancaster, Pennsylvania received grants in the highest amount because of their focus on “high impact” neighborhoods with older homes and low-income families.

Houston’s program will focus on the Near Northside and Fifth Ward communities where roughly 83 percent of houses were built before the 1978 ban on lead-based paint.

Because many of the structures will house multiple families as rental properties or several generations as family homes, the impact goes beyond the immediate occupants to, potentially, thousands of children, Houston Health Department spokesman Porfirio Villarreal said.

Every year, about 800 Houston children under age 6 are confirmed with elevated blood levels. Lead poisoning in children can result in learning challenges, behavioral issues and brain damage as well as speech and language disabilities. Extremely high blood levels can trigger seizures, coma or even death. There is no safe level of lead exposure, according to the CDC.

“Even low levels of lead in blood have been shown to affect IQ, ability to pay attention and academic achievement. And effects of lead exposure cannot be corrected,” the agency reports.

The Houston Health Department’s two-decades-old Lead-Based Paint Hazard Control Program has performed lead reduction activities in 3,160 homes since 1996. Under that program, privately owned or rental homes contaminated with lead in the city limits that house low-income children under age 6 qualify for the lead-reduction work.

The city’s new effort was unveiled on Oct. 21, 2019, during National Lead Poisoning Prevention Week, in the front yard belonging to homeowner Nyoka Wright. The great-grandmother babysits two grandchildren after school and all summer. Her Chew Street home in Fifth Ward was abated recently by the city.

The health department encourages residents of Near Northside and Fifth Ward to volunteer as block captains to help identify signs of lead-based paint and to refer homes to the program.

To apply for free lead-hazard reduction activities for a Houston home or to learn about becoming a block captain, call 832-393-5141.