The program will focus on new technology, distribution, training and infrastructure 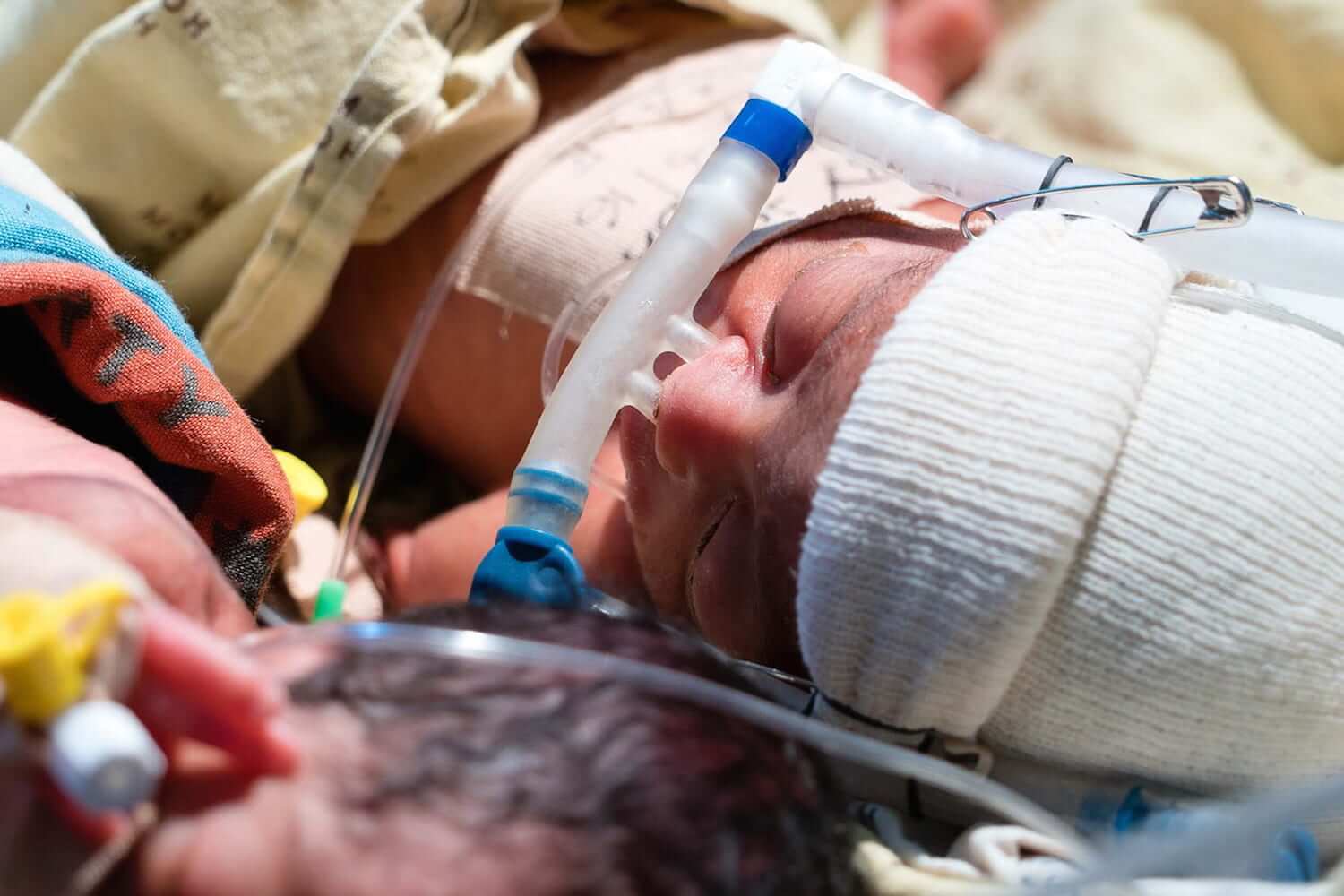 Rice University bioengineers Maria Oden, Ph.D., and Rebecca Richards-Kortum, Ph.D. in Houston are among the scientists and researchers who have announced a global health initiative that aims to reduce newborn deaths in sub-Saharan Africa by 50 percent.

NEST 360° is an international collaboration between Rice University’s Rice 360° Institute for Global Health as well as numerous partners across the globe including the Malawi College of Medicine, the Malawi Polytechnic, and the London School of Hygiene & Tropical Medicine. The news, announced on Oct. 4, 2019 in London, is that the program has secured $68 million in funding for the first of two four-year phases. The first phase is focused on Malawi, Tanzania, Kenya and Nigeria. The second-phase resources will be directed to Ethiopia, Uganda, Ghana and the Ivory Coast.

The philanthropic support will allow NEST 360° teams to attack the problem broadly and systematically.

“We have 13 partner institutions, nine of which are in Africa, and we’re addressing all of the key gaps—not only technology gaps with innovation, but the human resources gap, the implementation data gap—where we are really going to understand what it takes to successfully implement solutions for comprehensive newborn care for small and sick babies—and we’ll also be able to look at the market issues, the distribution gap,” Oden said. 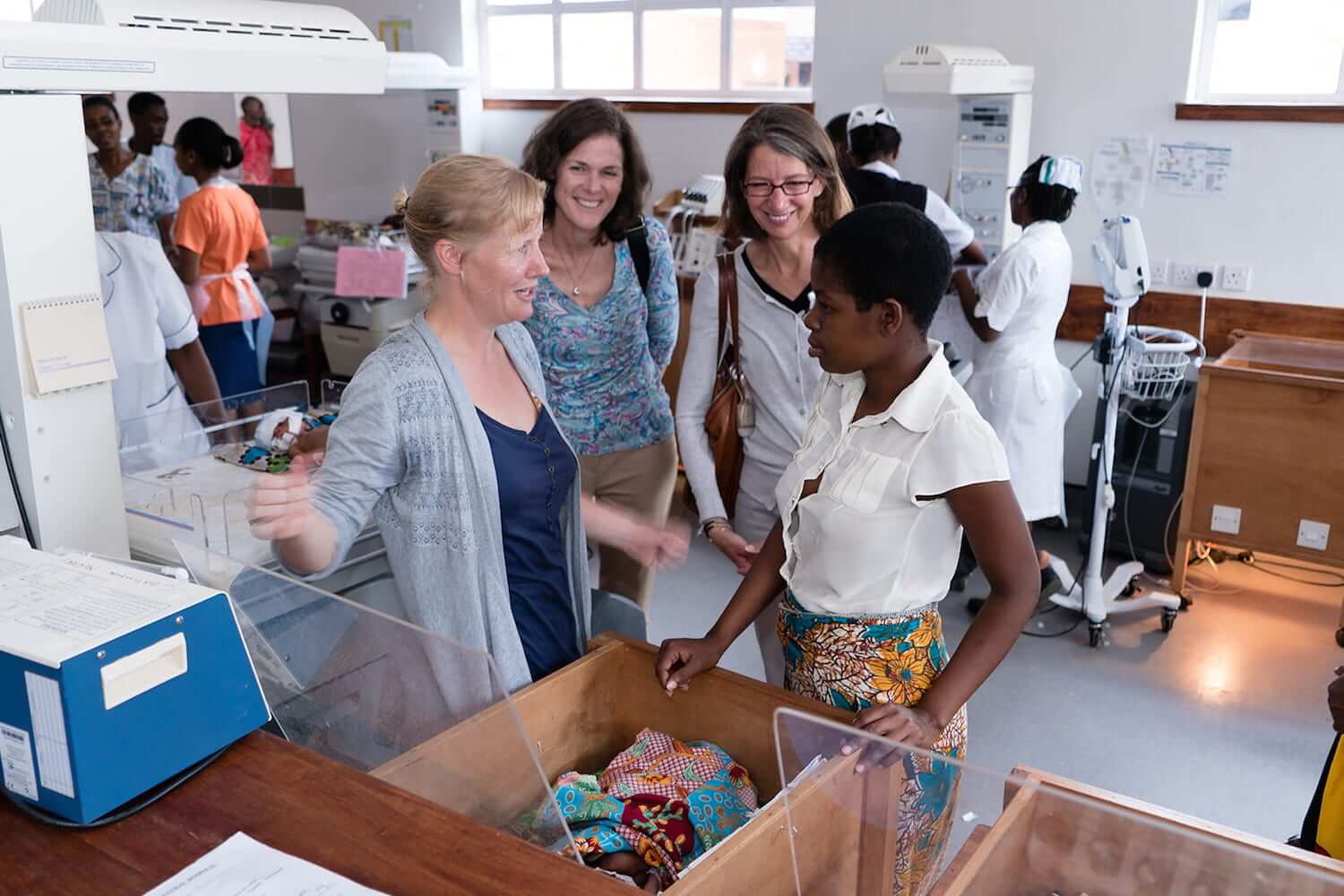 The announcement comes on the heels of a study published this month by the journal Pediatrics, which confirmed that technology developed through the Rice 360° Institute for Global Health is saving newborn lives in Malawi, which currently has the highest rate of preterm births in the world. The Houston-based Rice 360° institute was co-founded by Oden and Richards-Kortum.

Every year, an estimated 15 million babies worldwide are born preterm. Complications resulting from these early births are the leading cause of death among children under five years of age, according to the World Health Organization (WHO).

But preterm birth doesn’t have to be fatal. More than 75 percent of babies who are born premature can be saved with the right medical care, which is why the fatality rate is disproportionately high in low-resource settings that often lack lifesaving technology or infrastructure. The WHO reports that Africa and South Asia account for more than 60 percent of the world’s preterm births.

The team at Rice 360°, in collaboration with clinicians and students in Malawi, have been working to reduce those numbers through the creation of critical neonatal technologies tailored to low-resource environments. One of the many challenges facing those working to solve global health problems is the need for technology that is able to withstand harsh environments. For example, rural hospitals may not have reliable electricity, spare parts or the necessary resources to keep a complex machine functioning.

One of the institute’s first products was the Pumani CPAP machine, a continuous positive airway pressure device that is low cost, durable, user-friendly and highly effective in delivering much-needed oxygen to newborns in respiratory distress. After a nurse-led, nationwide rollout of the Pumani CPAP in Malawi—which was supported by a grant from Saving Lives at Birth—the study looked at babies born at 26 Malawi government hospitals between 2013 and 2016. The research team was comprised of individuals from the Malawi Ministry of Health, Malawi’s leading medical school, its corresponding teaching hospital and Rice 360°.

The researchers found that use of the Pumani CPAP improved survival rates from 49 percent to 55 percent for newborns in respiratory distress. For newborns experiencing severe breathing problems, survival rose from 40 percent to 48 percent.

“The study validates the idea that newborns in this environment, and the system, can be impacted by putting the appropriate technologies alongside the appropriate trainings and technical knowledge to maintain and repair that equipment—that when you do all of those things, you can have a positive impact on newborn survival,” said Oden, co-director of Rice 360°and a NEST 360° co-founder.

The findings also reaffirmed the institute’s belief that there is more work to be done and that impacting preterm survival on a much larger scale will require more than one new technology at a time, Oden added. The study also found that babies using the CPAP whose body temperatures were below the normal range had a much lower survival rate than babies with normal temperatures who used the CPAP.

“We were able to see differences in survival based on babies’ temperatures and it reminded us that what that baby needs is comprehensive care. One technology at a time is not going to improve the neonatal survival in Africa to the point that it is in more developed countries,” Oden said. “It is really going to take working within the system and delivering a package, a bundle of care, where we really address all of the primary pathways of care that that baby needs in order to make a difference. And to do that, it includes the technology, it includes the human resources and it includes really understanding how to implement that effectively in that environment.”

She stressed that in order to make a real and lasting impact, partnerships will be key.

“One of the great things about the CPAP scale-up was that while the Rice team had worked with the Malawians to develop the technology, the scale-up really became a program within the government system,” Oden said. “This work is really in partnership with local clinicians and local governments. To me that is the linchpin of what will make this sustainable. We’re not aiming to be a project that will be over in four years, but a program that will embed itself within the ministries of health and finance in all of these countries.”

Click here to read more about bioengineer Rebecca Richards-Kortum, Ph.D., who is a 2016 MacArthur “Genius” Grant Fellow and was profiled in 2018 by TMC News.