The Houston nonprofit is shipping donations from several TMC institutions 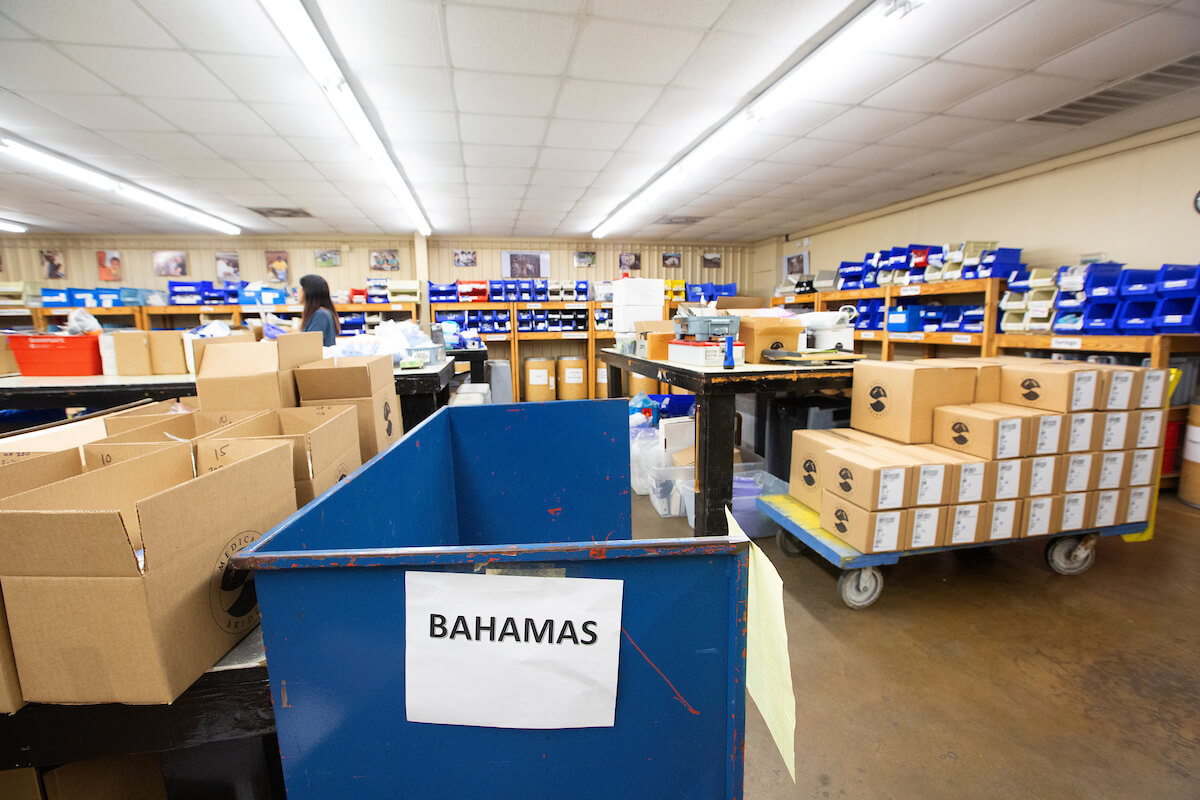 In the month since Hurricane Dorian made a catastrophic landfall in the Bahamas, the island nation has been in desperate need of medical supplies.

Hurricane Dorian—a Category 5 storm—hit hardest on Grand Bahama and Great Abaco, two of the 30 inhabited islands of the Bahamas. Nearly half of the homes on Grand Bahama were destroyed and more than 70,000 people in the commonwealth were left homeless.

Medical Bridges, a Houston nonprofit started in 1997 by Patricia Brock, M.D., and Margaret Goetz, M.D., is preparing to send three 40-foot shipping containers filled with medical supplies to the Bahamas.

Medical Bridges operates as a medical supply recycling program in which unused or unwanted medical equipment and supplies from major health care facilities are sent to qualified health care providers and clinics around the world without access to the items.

The nonprofit estimates that the medical community in the United States generates nearly $9 billion in surplus product every year simply because the materials have been opened but never used, are outdated by U.S. standards or are replaced by newer technology.

“He sent us an eight-page list of supplies they needed,” Ulrich said. “We began putting it together by partnering with individuals and an NGO and we put together the three containers.”

“We wanted to start communicating with them as soon as we could because they need everything right now,” said Heidi Alvarez, director of operations. “We want to make sure we can get them everything they need in enough time to help them when they really need it.”

The shipments are expected to leave this week and next week with an estimated delivery date in mid-October.

Two of the shipments are being sponsored by Carl Stutts in memory of his wife, Tessa Lesley, who passed away last week, as well as in honor of Rodrigo Mejia, M.D., a pediatric critical care director at The University of Texas MD Anderson Cancer Center and his wife, Luz Mejia. The third container was made possible by Helping Hand for Relief and Development.