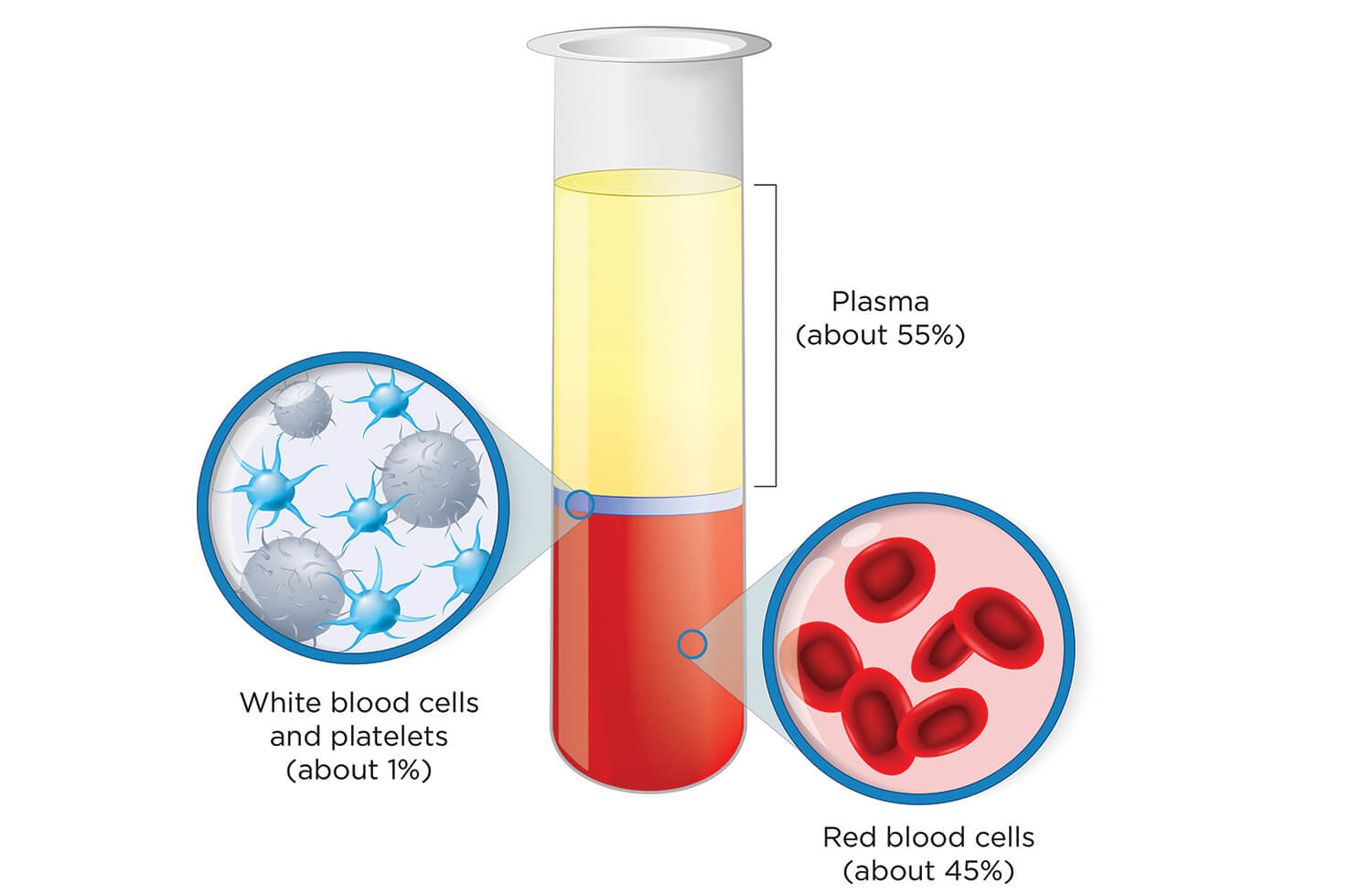 A California-based biopharmaceutical company announced in August that its proprietary mixture made of plasma proteins from young donors stopped cognitive decline in mild-to-moderate Alzheimer’s patients after six months.

No detailed data on the study has been released yet, but Alkahest said in a press release that “these plasma fractions enhance neurogenesis, improve age-related deficits in learning and memory, and reduce neuroinflammation” in animal models. The company plans to present its findings at the Clinical Trials in Alzheimer’s Disease Conference in December.

Whole plasma can be lifesaving or potentially life-threatening, depending on the medical situation. Over the past few months, this straw-colored component of blood—which carries blood cells and proteins, contains antibodies, glucose, clotting factors, electrolytes and hormones—has been shrouded in controversy.

In legitimate emergency situations (such as trauma and burns) and rare chronic conditions (such as autoimmune disorders and hemophilia), plasma is essential for survival. The World Health Organization includes fresh frozen plasma on its WHO Model List of Essential Medicines, which outlines the most important and integral medicines for a basic health care system.

But in other scenarios, including using plasma infusions from young donors to tap into a so-called “fountain of youth,” medical experts say plasma can be life-threatening.

Earlier this year, the U.S. Food and Drug Administration (FDA) issued a warning against the use of plasma infusions from young donors in hopes of treating dementia, Alzheimer’s disease, Parkinson’s disease, multiple sclerosis, heart disease, post-traumatic stress disorder and other age-related conditions.

“When companies are giving plasma just to deal with neurologic symptoms without any good medical evidence, it’s a risky thing to do,” said Modupe Idowu, M.D., associate professor of hematology at The University of Texas Health Science Center at Houston’s McGovern Medical School.

“It’s exposing the patient to multiple donors at the same time,” she said.

Studies have explored the benefits of young blood in experiments with mice. In 2013, Stanford University researchers conjoined the veins of an old mouse to a young mouse to share the same blood circulation, resulting in the reversal of cardiac hypertrophy (the abnormal enlargement of the heart muscle) and some improvements in cognitive abilities in the older mouse.

One California-based company, Ambrosia, sold participation in a clinical trial that offered each client one liter of human plasma harvested from young adults. Ambrosia charged $8,000 for that one liter, but since the FDA warning, the company has shut down. The Ambrosia trial raised major safety concerns.

“I’ve never seen an alleged trial that only had one inclusion criteria: that you be over 35,” Sheehan said. “There were no other safety measures taken to make sure you’ve never had a transfusion reaction, to make sure you can handle the volume, to make sure you’re not hypercoagulable. There was nothing in there to protect the individual and screen out people for whom this would be more dangerous. … This was clearly just an advertisement masquerading as a clinical trial. I can’t emphasize enough how disturbing it is that patients are being put at risk for something that is so unproven. The thing that is proven is that plasma can kill you. The thing that is unproven is that it would have any benefit whatsoever, so the risk-benefit ratio is completely off.”

Jesse Karmazin, CEO of Ambrosia, recently opened a new venture and is continuing to sell 1 liter of blood plasma for $8,000 and 2 liters for $12,000.

“Ambrosia was dissolved, but Ivy Plasma is open for business. Ivy Plasma provides off-label plasma treatments, which is legal,” Karmazin wrote in an email to TMC Pulse. “I can’t comment on the potential risks or benefits of this treatment due to restrictions on off-label marketing of medications by the FDA.”

“If there are some factors in younger blood that could be helpful to an older patient, the key would be to identify them, do the real work of fractionating and identifying what proteins or micro RNA or factor that would be beneficial to older people, then find a way to either deliver it pharmacologically or genetically,” Sheehan said. “The whole plasma approach is kind of a dumb strategy.”