DeBakey High graduates: Where are they now?

DeBakey High graduates: Where are they now? 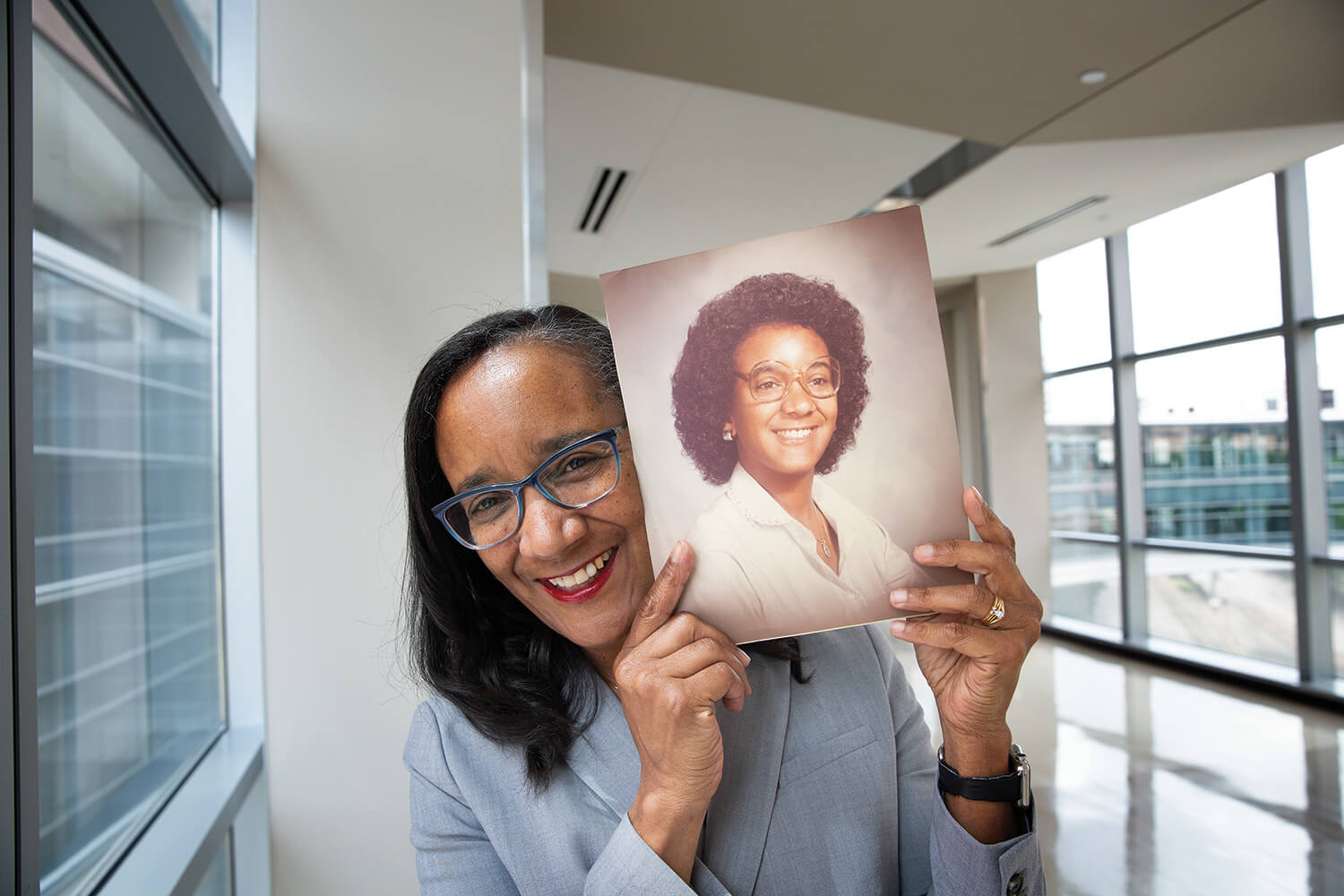 When the High School for Health Professions opened at the Texas Medical Center in 1972, it was the first school of its kind in the country. The brainchild of the late, famed surgeon, Michael E. DeBakey, M.D., the high school adopted his name in 1996.

Started through a partnership between Baylor College of Medicine and the Houston Independent School District, the high school is designed for students who want to pursue careers in medicine and science.

“My dad wanted to have a high school under the wing of Baylor College of Medicine,” said Denis DeBakey, son of Michael E. DeBakey. “He thought that it was important for all young people in Houston to have access to a school that could prepare them for health professions. He wanted the school to look like Houston and have the same diversity that Houston had.”

Nearly 50 years later, DeBakey’s vision has come to fruition, and some graduates of the state’s top-rated public high school have remained in the medical center. 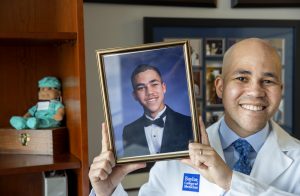 “I’m from Houston and I grew up about a mile away from the school, so I always knew about it,” Cotton said. “I was inspired to go to medical school by my uncle. He was the first physician in my family and his medical and surgical education kind
of coincided with me growing up. I thought what he was doing was the greatest thing on earth. I went into high school thinking I had an interest in medicine and the school really fostered it from there.”

Cotton still remembers the first time he saw a human heart beating in a patient’s open chest; he and other students were shadowing a physician at The University of Texas MD Anderson Cancer Center.

“I remember like yesterday going with a cardiologist at MD Anderson at the time, him having to do an intraoperative ultrasound of the heart during an open heart surgery. He took us in there with him and I remember … looking at the heartbeat in front of me with the chest open and it was just amazing,” Cotton said. “You don’t know what you don’t see and I think that’s what the high school represents with those early exposures and high, rigorous standards and access to higher education. It shows you what you can be. No matter where you are from or what your background is, you can see that and aspire to something bigger than where you are at the time.”

In addition to the opportunity to shadow practicing care providers in the medical center, students at DeBakey High are subject to a rigorous curriculum and clinical rotations.

Agnes Perry, the school’s fourth principal, explained that students are now required to complete five years of math, at least one advanced science course, three years of a foreign language and four years of health science.

Judith Campbell, M.D., a graduate of the class of 1977, now serves as the medical director of infection control and prevention at Texas Children’s Hospital. She is also a professor at Baylor College of Medicine. Campbell dreamed of attending the high school after watching a documentary about it while living in Chicago. As fate would have it, her father was transferred to Houston in 1973 and she began classes at the school the next fall. 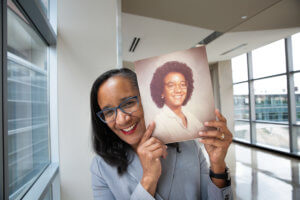 “It was literally a dream come true for me, because the documentary talked about exposure at the high school level to higher-level science classes, but also exposure to the clinical side of medicine, allowing [students] to shadow and work alongside various health professionals,” Campbell said. “I think the exciting thing was to have a mixed educational experience—academic rigor, but also kind of glimpse into the future of what you could do if you committed yourself to that rigor.”

Amelia Quizon, a graduate of the class of 1996, is now a registered nurse at MD Anderson. 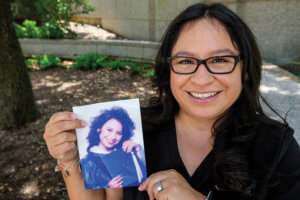 “No one in my immediate family had ever been to college, but I
always knew I wanted to be a nurse,” Quizon said. “My zoned school was nowhere near as excellent of a school as DeBakey is, so I wouldn’t have had the opportunities that DeBakey offered me. I think with any profession, if you’re not exposed to it, you don’t know what it really entails.”

At the same time, that early, hands-on clinical exposure in high school may dissuade some students from a future in medicine. But that’s not a bad thing.

“I think our curriculum helps students clarify whether or not they want to go into medicine,” Perry said. “Even if they don’t go into medicine, they can still do other things—they can be an accountant, be an attorney, they can even do other careers within the medical center without working with patients.”

For Amelia Quizon’s husband, Paul Quizon, a graduate of the class of 1997, the integrated health science curriculum helped him realize that he did not want to be on the clinical side of health care. Today, he works as a senior financial analyst at
MD Anderson. 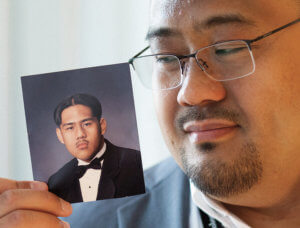 “Most people came into DeBakey wanting to go into the medical field, and a lot of people decide during the clinical rotations that medicine is their dream. But for me, it was the opposite,” Paul Quizon said. “The school is very demanding, so even if you don’t go into medicine, you are still very well prepared when you get to college.”

Over nearly five decades, the campus has changed locations and the student body has grown. What began with 45 students taking classes in the Cullen building at Baylor College of Medicine has become a nationally acclaimed high school of nearly 1,000 students with its own five-story building in the Texas Medical Center.

The school relocated from a campus near State Highway 288 and North MacGregor Way to 2545 Pressler Street in the medical center in 2017.

“The new campus gives us more access to the institutions,” Perry said. “At our old location, our students had to be bussed every time there was an opportunity to come over. Dr. DeBakey always thought we should be … in the middle of the medical center.”

Although the high school does not have a formal alumni association and has not tracked the whereabouts of all of its alumni, the school does know that, all told, 197 students have matriculated through the Houston Premedical Academy. This pipeline program, which was started in 1996 by the DeBakey Medical Foundation, takes a select group of DeBakey graduates through undergraduate studies at the University of Houston and then to medical school at Baylor College of Medicine.

Denis DeBakey said one of his father’s proudest accomplishments was the establishment of the high school.

“Whenever anyone would ask my dad, ‘What do you think the most important thing is you have done in your life?’ he would always say, ‘It’s my contribution to education and the training of new doctors and the process of bringing young people into the medical profession and seeing them thrive. That is a legacy that will last forever.’”