Physician-musicians from around the globe performed for Bayou City audiences 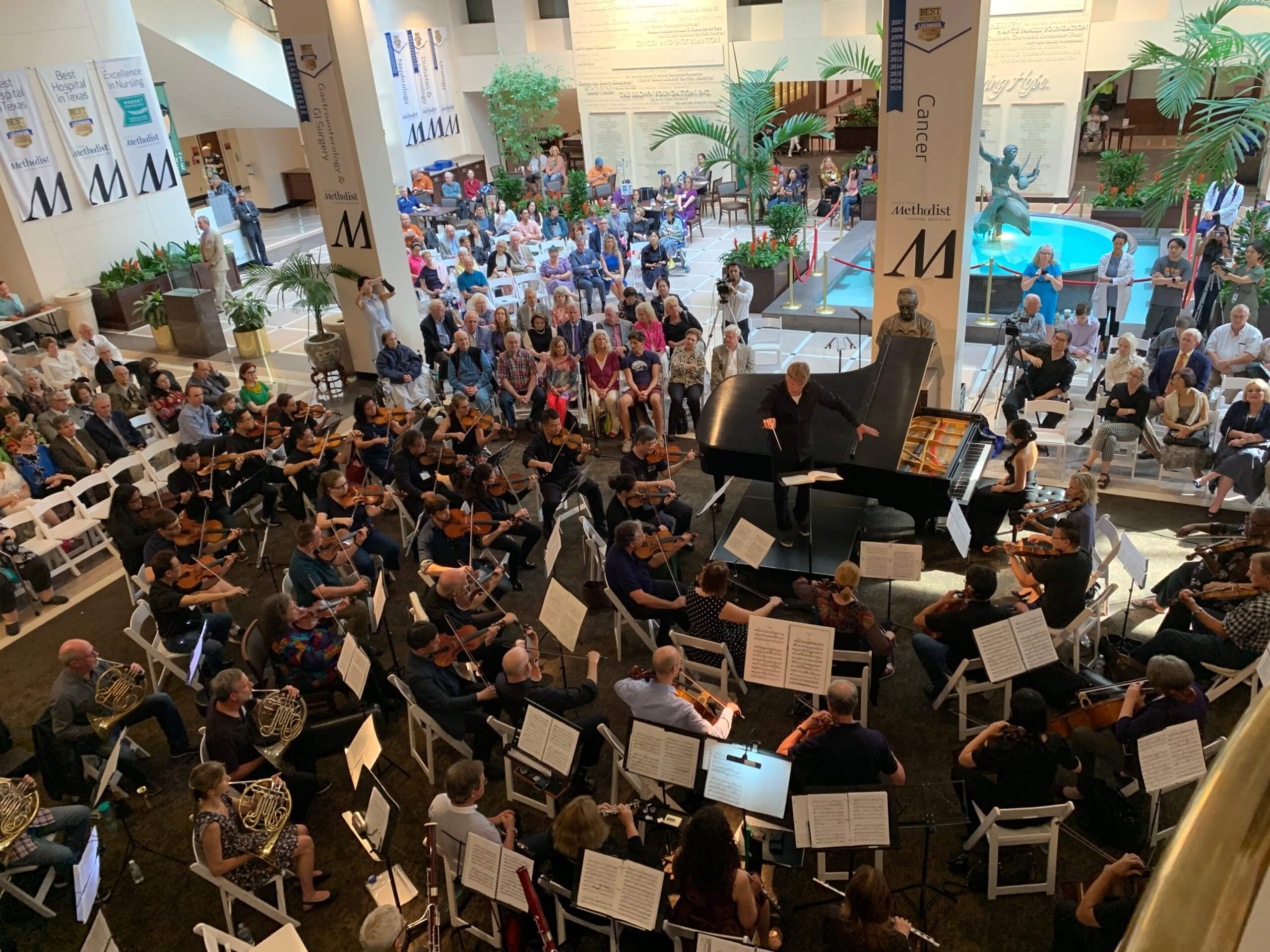 In August, nearly 100 physician-musicians from across the globe traveled to Houston to participate in the 29th World Doctors Orchestra concert held at Rice University.

The World Doctors Orchestra was founded by Stefan Willich, M.D., in 2008 to combine two of his passions: music and medicine. He is a German cardiologist and the orchestra’s conductor as well as a professor and director of the Institute for Social Medicine, Epidemiology and Health Economics at the Charité University Medical Center in Berlin.

“We are excited to have our orchestra perform in Houston this summer as we showcase the marriage of the arts, science and technology in a city which played a vital role as the world celebrates the 50th anniversary of man’s lunar landing,” Willich said in a statement.

Grace Liao Lee, M.D., a dermatologist at Texas Children’s Hospital, has played violin in the orchestra since 2015.

“It is an honor to showcase Houston to some of our European and Asian friends because most of them have never been to Houston,” she said.

In addition to the packed main performance at Rice University, the World Doctors Orchestra made musical rounds at the Texas Medical Center. Willich lectured at The University of Texas Health Science Center at Houston‘s McGovern Medical School as part of the UT Arts and Resilience Series. The group performed Symphony No. 3 by Johannes Brahms and Piano Concerto No. 1 by Sergei Rachmaninoff at Houston Methodist’s Crain Garden with pianist Mei Rui, D.M.A., a research scientist with the Houston Methodist Center for Performing Arts Medicine.

During the Rachmaninoff concerto, synchronized MRI images of Rui’s brain were projected on a screen.

“It’s pretty novel to have the brain images alongside the performance,” she explained.

Houston Methodist researchers took MRI scans of Rui’s brain as she learned the piece and after she perfected the arrangement.

“This piece is very special because it is not as often performed,” Rui said. “To perform with an orchestra of this caliber, for me, is incredible. I know everyone in the orchestra has made a huge effort to be here.”

The doctors practiced the pieces independently for several months. Once in Houston, they began several days of intensive practices together ahead of their performances.

The World Doctors Orchestra also serves as a philanthropic organization. Each year, the group performs two to three times in different cities and proceeds from the performances are given to local medical charities.

In the last decade, the organization has raised over $1 million. A Children’s House for the Soul, a Houston charity that offers social, emotional and spiritual support to children and families affected by skin disease, was the beneficiary of local proceeds.

While in Houston, the international group also experienced a day at NASA and a barbecue dinner at The Health Museum complete with entertainment by a mariachi band.

“I feel a sense of comaraderie because music and medicine require a lot of commitment—practicing, studying and doing research— so it is really neat to see someone else also doing that because you have that commonality,” Lee said. “You know they are working hard, but really enjoying what they do.”