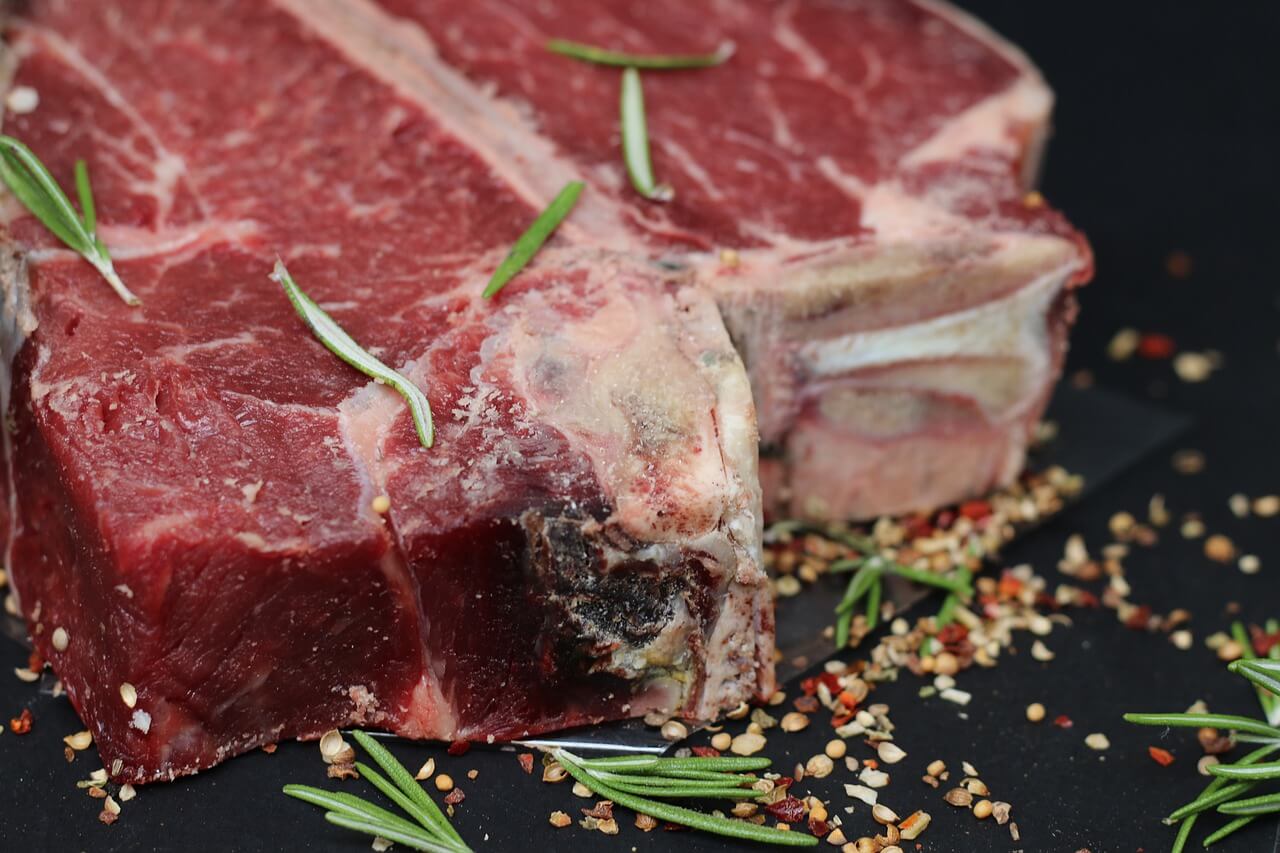 If you’re a steak lover who begrudgingly orders chicken for health reasons, read on.

White meat has long been considered more beneficial than red meat, especially in terms of reducing cardiovascular risk. But a recent study challenges these claims.

The randomized study, published in June in The American Journal of Clinical Nutrition, analyzed 113 healthy participants who were separated into two groups. In one group, 62 people ate a diet high in saturated fat, and in the other, 51 people ate a diet low in saturated fat. Both groups consumed protein from three sources—red meat, white meat and nonmeat (including vegetables, legumes, nuts, grains and soy products)—for four weeks each.

The major findings of the study are twofold. First, the study showed what experts in the field already expected: regardless of the protein source—whether it’s red meat, white meat or nonmeat—people who consumed high amounts of saturated fat had elevated levels of low-density lipoprotein (LDL) cholesterol (the so-called bad cholesterol) and apolipoprotein B (apoB), both markers of cardiovascular risk.

“It doesn’t matter if you’re eating plantbased,” said Karen Aspry, M.D., co-chair of the American College of Cardiology Nutrition and Lifestyle Workgroup and associate professor of medicine at the Alpert Medical School at Brown University. “You have a lot of people who are in the vegan/vegetarian diet world, and that’s great that they’re not eating meat, but they may be consuming some of these very high saturated fat tropical oils, like coconut oil.”

Second, the findings showed that, contrary to popular belief, there was no benefit to consuming white meat instead of red meat to reduce the risk of cardiovascular disease. LDL and apoB levels rose in both red and white meat groups and outcomes did not differ significantly between red and white meat when saturated fat levels were equivalent.

“If you are maybe thinking, ‘Well, if I eat high amounts of fat, but I eat white meat instead of red meat, I’ll be okay,’ the answer is no,” Aspry said. “It doesn’t matter if you’re eating red or white meat, you’re going to see these numbers go up.”

The study suggests that the cardiovascular effects of meat may be influenced by more than saturated fat content.

Results of the recent study could potentially impact these guidelines, said Sue Day, Ph.D., professor of epidemiology at The University of Texas Health Science Center at Houston’s School of Public Health. But before that happens, more research must be done comparing the cardiovascular risks of white and red meat.

To tease out the specific roles of each protein source within a large-scale population study is enormously difficult and has never been done, Day said.