The River program, part of TUTS, extends arts access to people of all abilities

CURATED: The Intersection of Arts and Medicine

The River program, part of TUTS, extends arts access to people of all abilities 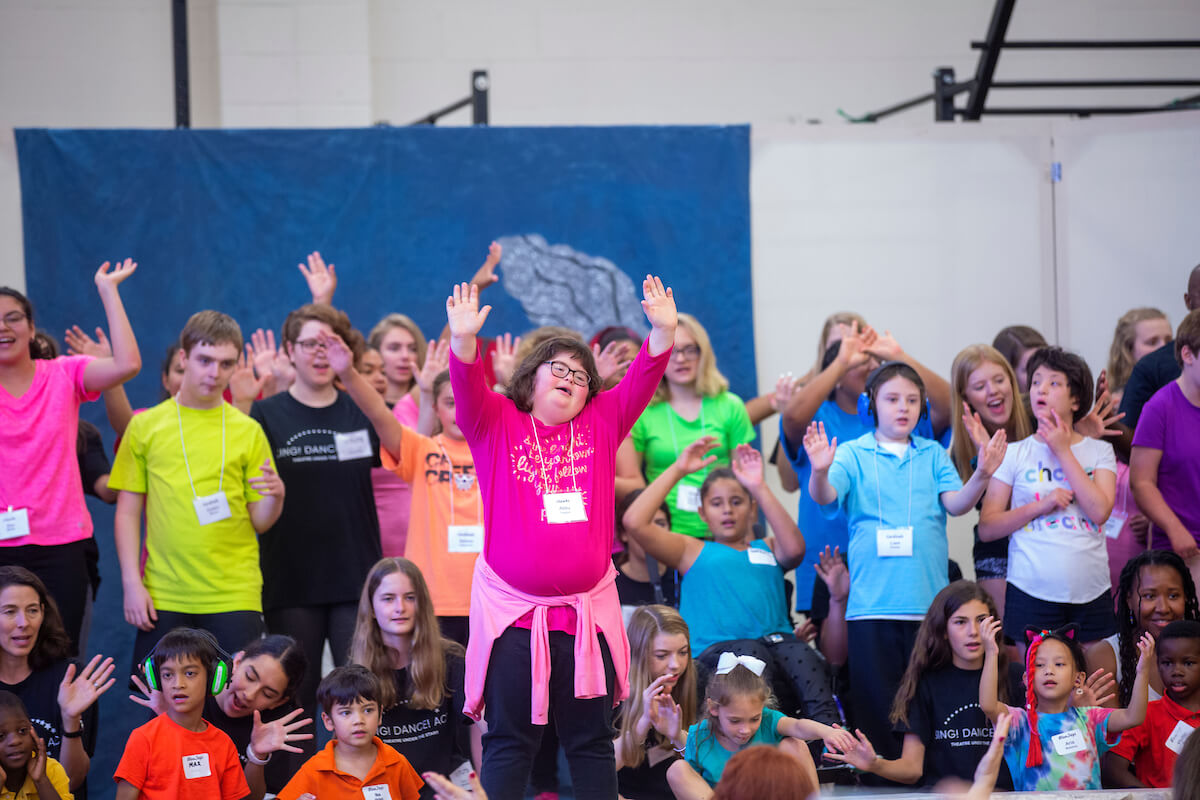 Music spills into the hallways of the Metropolitan Multi-Service Center on West Gray, filling the space with holiday cheer. Children and adults with disabilities are rehearsing for their end-of-the-week performance, Audition Boot Camp Summer 2019 Showcase, set to music from the classic Christmas comedy, Elf.

Each summer, The River Performing and Visual Arts Center, part of Theatre Under the Stars (TUTS), opens its doors to students with disabilities ages 4 and older who want to participate in a musical theater day camp. Siblings are welcome, too. Six one-week camps are offered over the course of the summer.

The River, which merged with TUTS in 2010, was founded by Cathy Binstock in 1996 to give her youngest daughter, Samantha, a chance to take ballet lessons. Samantha has mild cerebral palsy.

“Samantha wanted to take dance classes just like her sisters,” said Eileen Edmonds, assistant director of education at The River. “Every dance school turned her away, so her mother decided that every child deserves the richness of an arts education and she started The River.”

Edmonds brought her own son to The River 12 years ago. Francisco, now 18, was born with 16q deletion syndrome, a rare genetic disorder.

“He was naturally drawn to music as an infant,” Edmonds said. “I brought him to the summer camp and it helped to bring him out of himself because he loves to sing and dance.”

The program that started with one dance class and seven ballerinas has grown into a fine arts mecca offering music, movement, acting and visual art classes. More than 35,000 students have participated.

“The camp provides our students an opportunity to shine on stage,” Edmonds said. “Students come in here and they may not verbalize or be able to expressively respond to you, but oftentimes, where they don’t have that difficulty is with singing. What happens when you combine music with movements that cross the midline of your body—like dance—it helps create new neuropathways between the two hemispheres of your brain.”

Beyond taking part in the summer programming and classes offered throughout the year, River participants also have auditioned and appeared in several TUTS performances, including Beauty and the Beast, Oklahoma, The Addams Family and Seussical.

“Because of the merger with TUTS, we have been able to expand our programming to include adults and that has been so meaningful to us because we felt horrible when our students aged out of the program,” Edmonds said, adding that some of the adult students have gone on to become camp counselors and assistant directors.

Today, Francisco, Samantha and their siblings still participate in The River programs. Each end-of-the-week performance, Edmonds said, allows the participants to shine.

“Our students are so confident and brave by the end of camp,” she said.