Starving pancreatic cancer as a new technique for treatment

Starving pancreatic cancer as a new technique for treatment 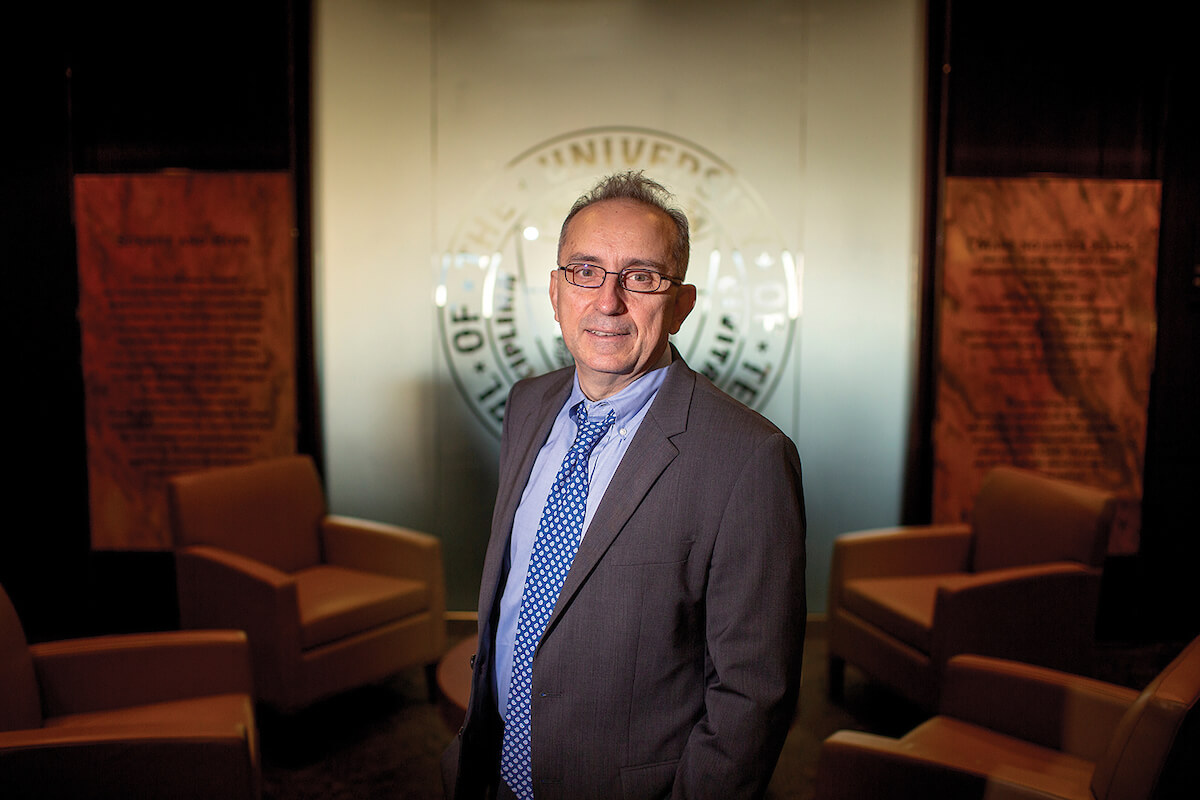 Pancreatic cancer cells are cloaked in a protective shield that blocks drug therapies from penetrating their surface, making pancreatic cancer extremely difficult to treat. But a team of researchers at The University of Texas MD Anderson Cancer Center has discovered a potential approach that would essentially “starve” these cancer cells to death.

Successful therapies that target the molecular pathways of pancreatic cancer are scarce. In a recent study published in Nature, researchers sought to understand how all proteins on the surface of pancreatic cancer cells are rearranged and how that regrouping affects tumor cell growth.

Very often, researchers will focus on one particular gene protein, said the study’s senior author, Giulio Draetta, M.D., Ph.D., chief scientific officer and professor of genomic medicine at MD Anderson. But this time, Draetta and his team took the opposite approach.

“We asked, instead: can we look at anything that is expressed there on every pancreatic tumor cell?” Draetta explained.

By doing so, he and his team discovered that a particular protein, syndecan 1 (SDC1), mobilizes to the cell surface after receiving a signal transmitted from a mutated oncogene, KRAS. When KRAS functions normally, it regulates cell growth; however, when it becomes mutated, its signaling goes haywire and causes an uncontrolled overgrowth of cells—oftentimes leading to the development of cancer.

The American Cancer Society estimates approximately 56,770 Americans will be diagnosed with pancreatic cancer in 2019. The five-year survival rate is 9 percent.

A certain subtype of pancreatic cancer known as pancreatic ductal adenocardinoma (PDAC), which makes up 90 percent of all pancreatic cancers, is particularly devastating. Standard treatments for PDAC include surgery, radiation, chemotherapy and immunotherapy, but because it is one of the most chemo-resistant cancers, prognosis remains bleak. The five-year PDAC survival rate hovers between 5 and 7 percent, according to a paper published in the International Journal of Molecular Sciences.

The protein KRAS is present in nearly all cases of PDAC.

Whack-a-mole
After determining that KRAS and SDC1 proteins play an integral role in pancreatic cancer, Draetta and the team set about understanding how KRAS drives the aggressive growth of pancreatic tumors.

“What we found is that it’s really responsible for allowing these tumor cells to feed themselves by using a mechanism called macropinocytosis,” he explained.

Macropinocytosis, also referred to as “cell drinking,” is the mechanism cells use to gulp up surrounding molecules, nutrients and antigens.

“Basically, they can take proteins from the outside environment and use them as food,” Draetta said.

No current drug therapy can starve pancreatic cancer cells. KRAS is “one of the most elusive targets in cancer research” and has earned a reputation as an “undruggable” protein, according to the National Cancer Institute.

The findings of Draetta and his team open the door for future studies to target KRAS and SDC1 to cut off the food supply of these cancer cells.

“The moment you block something, the cancer cells come up with something else,” he added. “Sometimes we think of cancer cells as a whack-a-mole game—you hit them somewhere and something else pops up, so the more agents they put forward that are hitting different components of the pathways, the more there is a chance that in combination they might actually overcome this resistance mechanism because you are going to limit the ability for them to escape.”

Draetta approaches the possibility of developing a new KRAS-targeted therapeutic with cautious optimism.

“I’m trying to keep everybody honest in terms of publishing solid observations and be able to think about translation … as opposed to pretending that everything we discover and publish is made true,” he said. “We try to find a different way and really focus on things that provide high promise. This is because we owe it to our patients.”