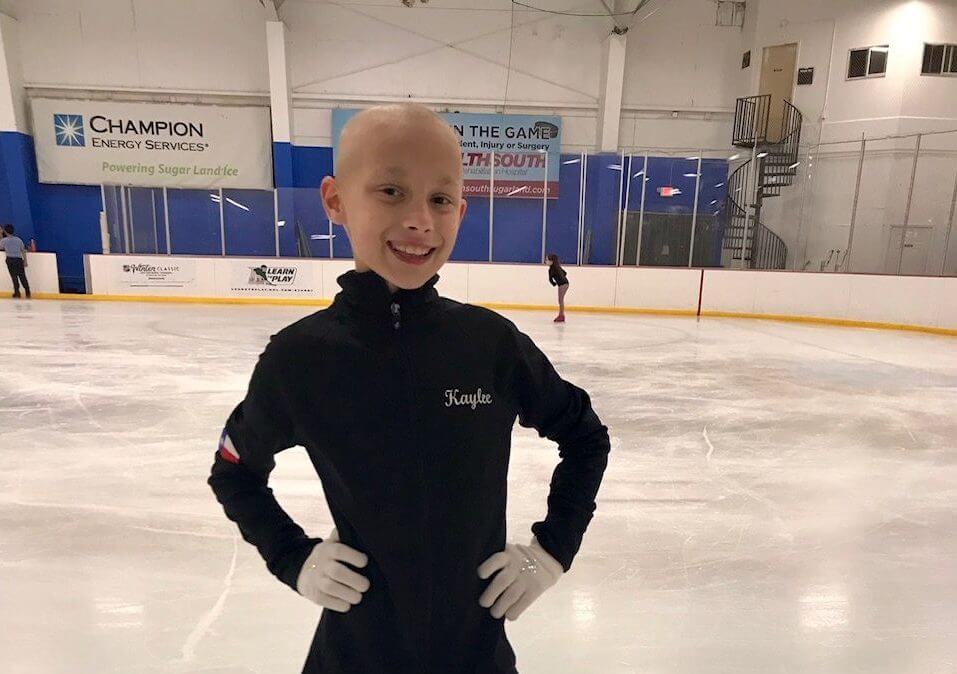 After months of treatment for ovarian cancer at Texas Children’s Hospital, 9-year-old Kaylee Tolleson is in remission and strong enough to host a fun run to raise awareness that prepubescent girls can have the illness.

Her diagnosis, which came in March after complaining of stomach pains, is an anomaly. Ovarian cancer typically strikes older women, with half of all cases diagnosed at age 63 or older, according to the American Cancer Society. In 5-to-9-year-olds, the incidence is rare, at .3 per 100,000 females, according to the Centers for Disease Control and Prevention.

Ovarian cancer is the fifth-deadliest cancer among women and causes more deaths than any other cancer of the female reproductive system.

“We just kind of lived in our bubble,” Kelly Tolleson said of her daughter and family. “Kaylee was ice-skating and doing Brownies with the Girl Scouts and, you know, just your everyday life. And then, one day, Kaylee had cancer.”

Surgeons removed a 10-centimeter tumor and Kaylee underwent four rounds of chemotherapy. Each round included one week in the hospital and two weeks of at-home recovery. During her treatment, Kaylee put her life on hold, temporarily withdrawing from school, ice-skating and Girl Scouts.

There was one hobby, however, that Kaylee could continue even during the most difficult parts of her treatment: tracking the weather.

“She absolutely loves the weather,” Kelly Tolleson said. “She’s loved the weather ever since our home got hit by the tornado during Hurricane Harvey two years ago. All her role models are meteorologists and she tells people she wants to grow up to be an ice-skating meteorologist.”

In fact, right before Kaylee started chemotherapy this spring, she had the opportunity to meet meteorologist Travis Herzog at ABC Channel 13. He shared her story through social media, asking for support from the community, and continues to cheer her on today. 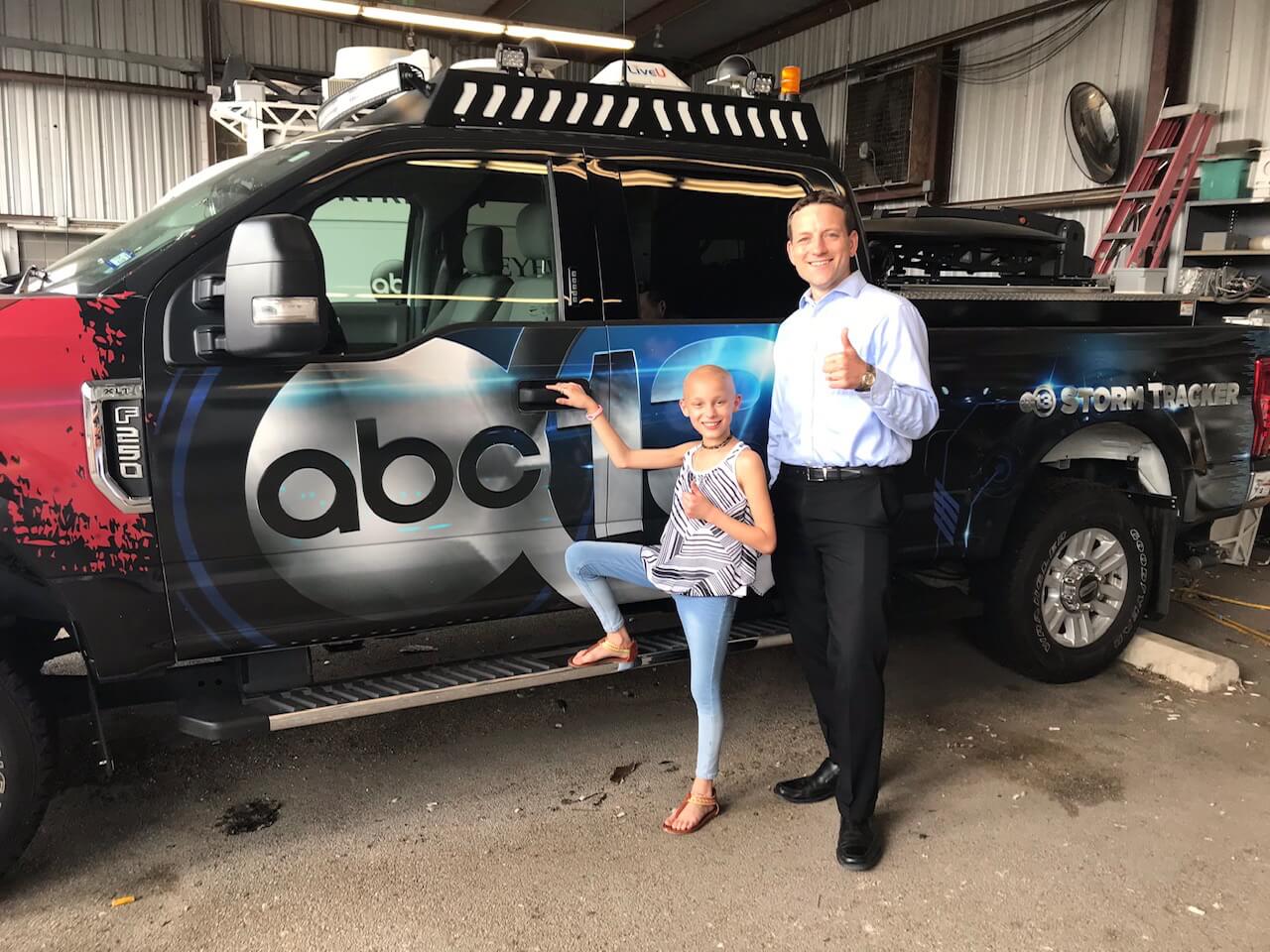 His was among many acts of kindness over the past months that the Tollesons are hoping to honor with the fun run. Proceeds will support the local nonprofit Ovarcome, which works to raise awareness about ovarian cancer and fund research about the disease.

Increasing awareness is an important mission for the Tollesons, who personally know the struggles of missed symptoms and misdiagnosis. At first, Kaylee’s cancer was thought to be constipation.

“It’s known as a silent disease, so we really want to help bring awareness,” Kelly Tolleson said. “Kaylee was very fortunate that we caught it and she was treated. Now we want to give back and help Ovarcome with their mission to help researchers with early detection.”

The Togetherness Trot, Kaylee Strong 5K Walk and Run is scheduled for the morning of September 7 at Brazos River Park in Sugar Land. Registration is open to the public. Activities involve guest speakers, including Herzog, as well as a Zumba warm-up, music, face painting, balloon animals, a photo booth, refreshments, door prizes, a silent auction and a raffle.

Perhaps most importantly, participants will have the opportunity to meet a brave young girl who is proud of her scars and bald head and has remained optimistic through a difficult time. Kaylee’s personal motto: When life hits you, track the weather!

Although she will continue to be monitored closely at Texas Children’s for any signs of the disease, Kaylee’s life is slowly returning to normal. She recently started the fourth grade, returned to her Girl Scout troop and is ice-skating again. 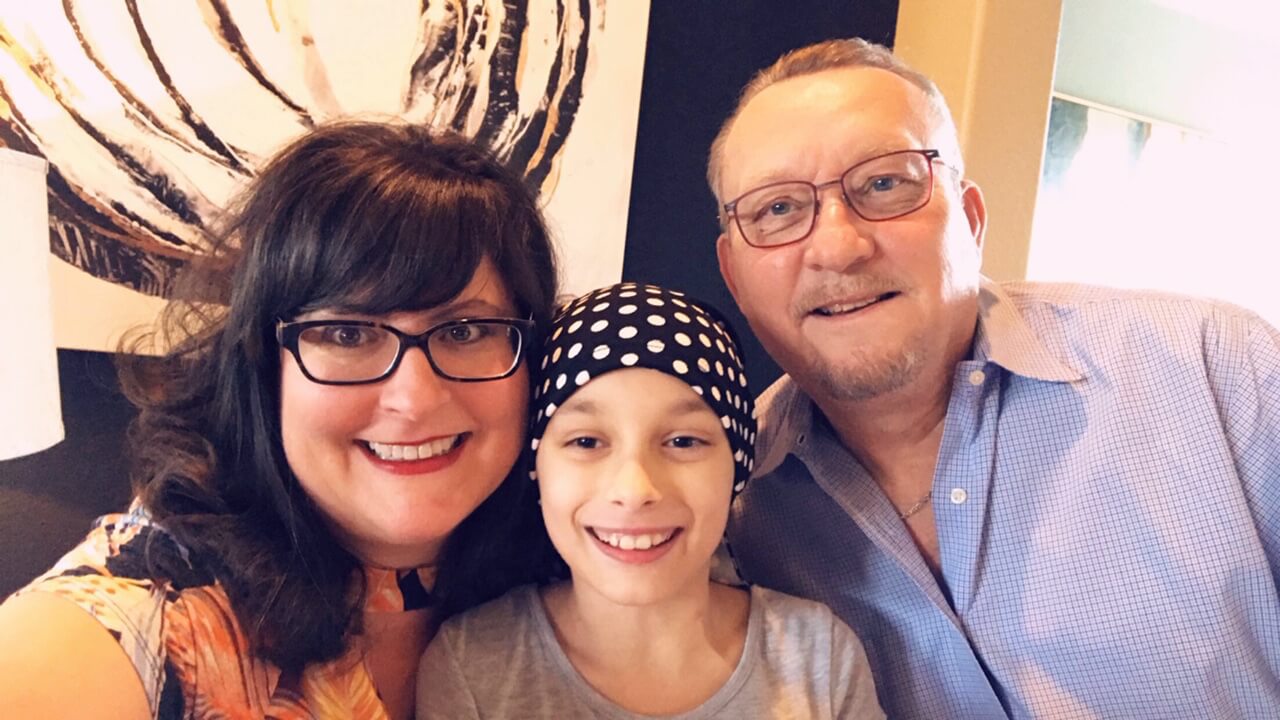