In the wake of the country’s most recent mass shootings, Kaplow talks about bereavement, PTSD, and the best way to help loved ones affected by trauma 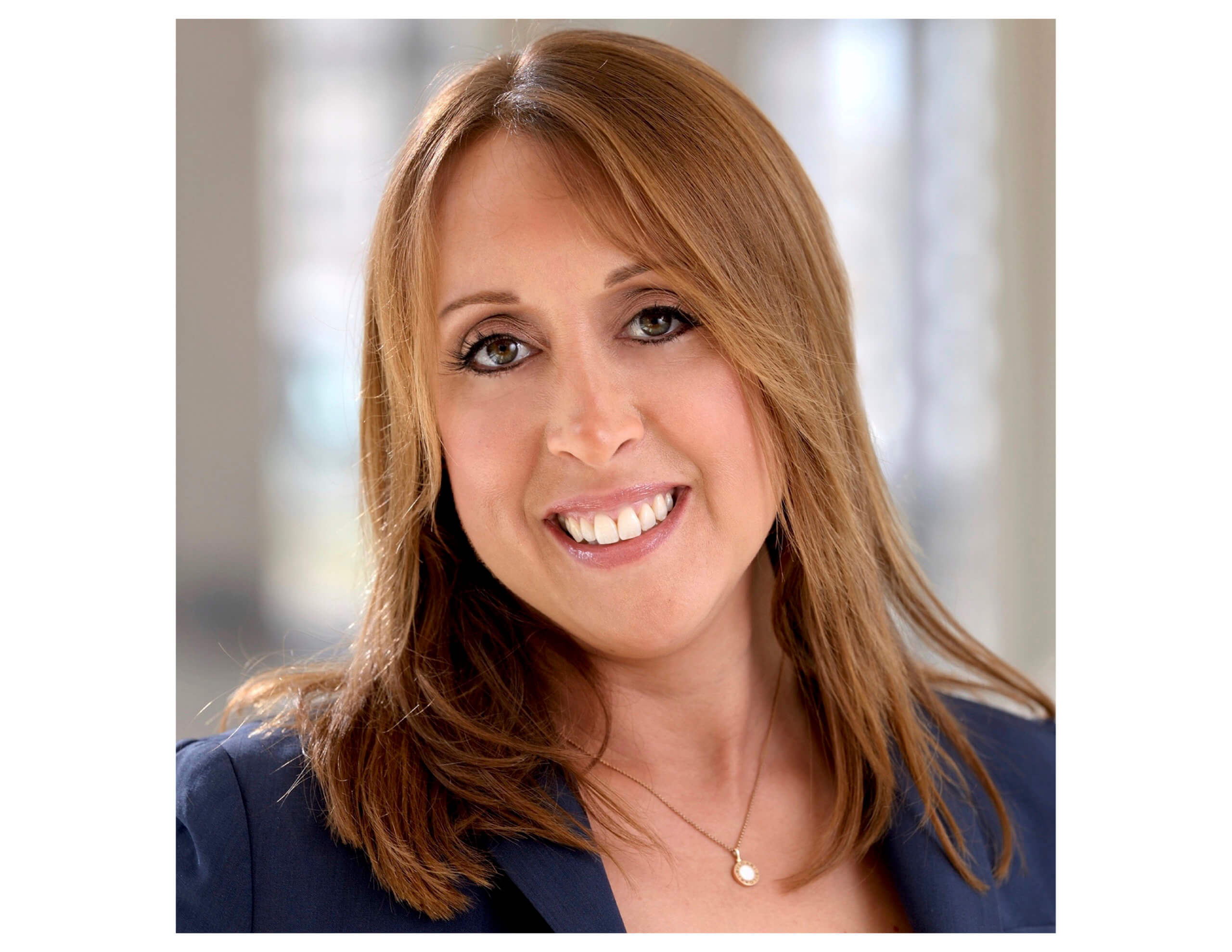 TMC: How would you describe grief?

Kaplow: Grief is an individual’s response to the death of a loved one and that response can be made up of different dimensions.

With grief, we often see one dimension, which we refer to as separation distress—that’s yearning and longing for the person who died or really missing them. The second dimension is identity distress—feeling lost without the person or like your life has no meaning without that person. The third is what we talk about as circumstance-related distress, where you become very preoccupied with how the person died—thoughts about how “I wish I had done more to intervene,” or “I wish they didn’t have to suffer so much.”

With each of those dimensions, there is both an adaptive and a maladaptive side of grief. So, unlike other psychological issues like depression or PTSD, there is such thing as good grief. And we see this all the time, even in children. For example, when we’re talking about separation distress, the adaptive side of that is finding healthy ways to connect with the person who died, even though they’re no longer here physically. So, memorializing or doing things they used to love doing as a way of feeling connected to them. With identity distress, another way that kids can cope is by really kind of living the legacy of the person: These are the things my mom always wanted to do in life and so I’m going to do them for her; or, I’m going to live my life the way that Dad would have wanted me to live. And that would be considered an adaptive grief reaction. And then with the third dimension, we see this adaptive side of circumstance-related distress all the time where kids naturally gravitate toward wanting to change the circumstances into something that could help other people. For example, raising money for breast cancer if their mom died of breast cancer or rallying against gun violence if they had experienced someone who died through a shooting. We even saw this recently with a little boy whose father died in a plane crash. When I asked him what he wanted to be when he grew up, he said, “I want to be an engineer so that I can make planes that don’t break anymore.” Kids will naturally gravitate toward really wanting to rectify the same situation that ultimately killed their loved one.

TMC: How does the Trauma and Grief Center at Texas Children’s Hospital help people who have experienced trauma or who are grieving?

Kaplow: We provide a very thorough, evidence-based assessment where we really try to identify whether a child is experiencing high levels of post-traumatic stress, high levels of maladaptive grief—whether they’re suicidal, whether they have high levels of depression—and our assessment really tells us what the best treatment is. So, for example, we do have many concerned parents who call us immediately after a death saying: “I’m really worried about my child, I don’t know how they’re doing since their dad died,” and then they come into the evaluation and oftentimes the child is actually coping just fine. The assessment can really provide some reassurance to parents that actually your child is grieving in a normal way.

On the other hand, we do get kids coming in where it is clear that they do need a higher level of support, and so we provide evidence-based treatment for both trauma and loss. In fact, one of our primary treatments is actually designed to address the needs of kids who have experienced multiple traumas and/or multiple losses. And what we know from our research is that PTSD and grief actually require distinct treatment elements. It can’t be a one-size-fits-all treatment for trauma and bereavement; we really have to hone in on whether they have PTSD or grief or both.

TMC: Mass public shootings have become more frequent in the United States, according to The Washington Post. The counselors and psychologists at Texas Children’s Hospital have worked with youngsters affected by some of these traumatic experiences, including last year’s deadly shooting at Santa Fe High School. As the hospital’s chief of psychology, what do you commonly see among individuals who were present during these tragedies?

Kaplow: The way that children present to us after a shooting really depends heavily on their level of exposure. For example, if a student was in the art room [at Santa Fe High School] where all of the shooting took place and actually witnessed the deaths of friends, that is often much more strongly associated with high levels of PTSD as opposed to a student who may have been somewhere else in the building, but didn’t really observe anything. One of the things that we have been doing since Santa Fe is really trying to address the needs of the most highly impacted students, because those are the kids that we’re most concerned about. That doesn’t mean that kids who were not in the building can’t develop PTSD, we’re seeing that too, but we know that certain risk factors like proximity to the shooting, whether they lost a loved one in the shooting, whether they were close with others who died—those are all things that will predict which kids are going to need the highest level of care.

We’re continuing to address the needs in the school in Santa Fe and I think some of what we had to grapple with early on was some stigma surrounding mental health treatment and helping people really understand that in the aftermath of a mass shooting, it is perfectly normal to experience some symptoms of post-traumatic stress. That if a child or student is exposed to that, it is to be expected that they would have some symptoms of PTSD, and that it’s necessary and OK to seek help for that. I feel like we have made some good progress there with helping to normalize that reaction and helping people understand that PTSD is not something that you can just get over automatically. It’s something that often requires some support from a therapist, and, specifically, a trauma-informed therapist. It really does take someone who understands trauma and understands PTSD to do a thorough evaluation, especially with kids. The reason for that is because PTSD can resemble lots of other types of psychological issues that can get confused. For example, with kids, PTSD can look a lot like ADHD, because they may be really hyper-vigilant in the classroom, which can look like hyperactivity, or they may be really avoidant of thinking about or talking about what happened, which can look like distractibility.

TMC: How can an individual help a loved one suffering from grief or trauma?

Kaplow: With grief, there are several things that we recommend. One is that we always want to keep the door open to communication. We don’t want to push a child to talk about the loss unless they’re ready, but you can say something like, “I know it’s been so hard since this person died. If you ever want to talk, I’m here for you.” It really allows the child to make that determination about when and if they want to talk.

I would also say that helping kids to memorialize the person in a way that feels comfortable, whether that’s lighting a candle for the person or looking at photos of the person who died together, or creating a photo album, or even looking at condolence cards together—those kinds of activities can really reinforce the idea that it’s OK and actually helpful to talk about the person who died.

And then, certainly, helping kids to find ways of, again, living the legacy of the person. What are the positive traits or behaviors or characteristics of the person who died that they want to carry forward? The surviving caregiver can really help them identify, for example: These are the things that your dad loved so much about you. How can we make sure that you live your life the way he would have wanted you to live? Those are the kinds of things with grief that are really important that caregivers can help to facilitate.

I would say that if there’s a child that’s been traumatized, the other really important piece is re-establishing that sense of security and safety. When kids have experienced a trauma like a mass shooting, oftentimes their worldview changes where they feel like nowhere is safe and the world is a very dangerous place. So, helping to reassure kids that adults are here to protect them, that we’re going to make sure that we do everything we can to prevent something like this again and encouraging them to seek out support when they’re feeling unsafe—that sense of safety and security is much more critical when we’re talking about kids who have PTSD.

TMC: What is the best piece of advice you have ever received about helping people who are grieving?

Kaplow: The most important thing is being able and willing to listen. When you’re dealing with a grieving adult or a grieving child, being that strong support for them to just hear their story and to just listen to how they’re feeling and how they’re grieving—that can go an incredibly long way and can actually be even more healing than trying to offer advice or trying to provide words of wisdom. Really just listening and bearing witness are probably the most important things that anyone can offer.