Bringing mental health to the masses

Bringing mental health to the masses 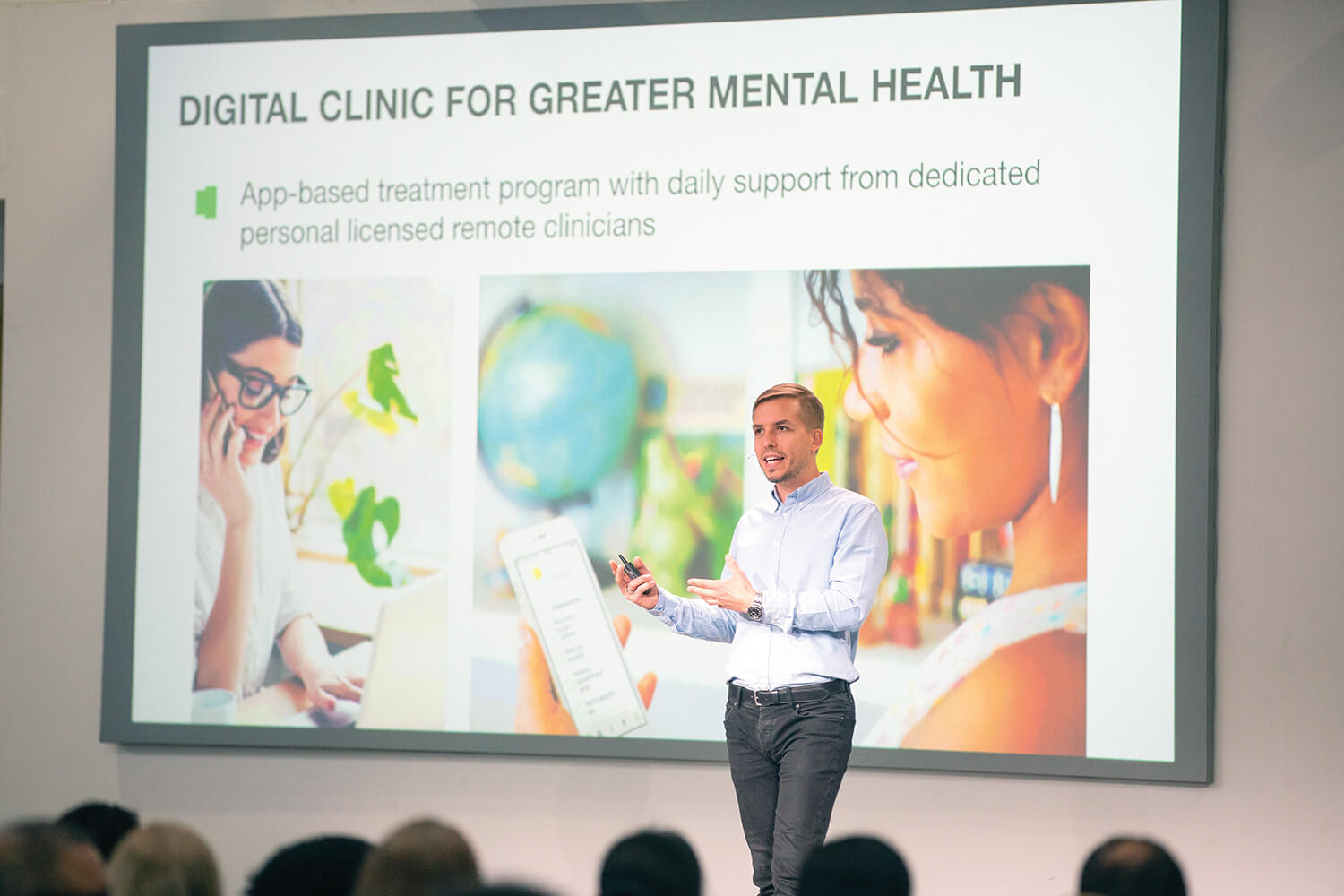 Kristian Ranta wants you to get help—and he wants to make it easy for you. The founder and CEO of Meru Health, a digital clinic focused on treating anxiety and depression, knows how important managing those conditions can be: he himself went through years of therapy after losing his brother to suicide in 2005, and he hopes that his company can do for others what his therapists did for him.

“I started realizing how important these things are for people when tough stuff happens,” Ranta said. “And through my own experience, I started to have a clear idea of how I could actually, through a digital intervention, deliver these pieces to people like my brother.”

Ranta, originally from Finland, hails from an entrepreneurial background. His parents both had careers in business, and he founded his first company at age 25. After selling a diabetes management system he was developing in 2015, he founded Meru Health the following year—yoking his background in medical device development to his newfound mission to make mental health services accessible to the masses. The company is now based out of both Finland and Palo Alto, California.

Digital therapeutics is an emerging trend in medicine that uses digital products to help manage, treat or prevent disease.

Meru Health, which was part of a recent TMCx cohort, is unique in the world of digital platforms in that it is not an app in the traditional sense, but more akin to a digital clinic.

“We are a medical corporation with technology,” Ranta explained. “We have psychiatrists on staff and we have licensed therapists on staff. … It’s kind of like a telehealth clinic with a digital program that is on your smartphone.”

The platform is set up as a 12-week program supported by video lessons, practice tools and anonymous peer support groups. Each user has access to a personal licensed therapist who is available through chat or phone or video calls, if necessary. A psychiatrist oversees each therapist’s caseload and can assist with medication management and other services requiring that level of expertise.

Having dedicated therapists on call is critical to the platform’s success, Ranta said.

“I learned this in my previous company, that if you just have an app or a website—if you’re just relying on people going through that on their own—most people just won’t do it,” Ranta said. “There’s a lot of cool technology available, but there’s no adherence or engagement. … What works is if they have a provider relationship. Then they stick to a treatment.”

Combining that accountability with the app-based tools has paid off, he added.

“People can do a lot of it on their own whenever they want and when it is good for their schedules. That’s really important and has allowed us to get to a point where we have an 89 percent completion rate,” Ranta said. “That’s way beyond normal care.”

The platform also measures high in engagement, with users completing lessons or practices nearly five days out of every seven— which translates to between 15 and 20 hours of interacting with the program.

“That has allowed us to get really good clinical outcomes. Normally what’s challenging in delivering high quality care is visits, but in our case, in this model, we’re able to deliver way more care in terms of hours than would normally be possible in a visit-based health care setting,” Ranta said. “In a visit-based health care setting, you would only see your provider once a week, or maybe once every two weeks, so it’s episodic. But in our case, it’s like daily interaction. It may be small interactions, but it’s very engaging, very in-the-moment with your daily life and events and whatever happens when you’re a patient going through the program. That’s why we’re able to get such high completion rates and help people actually get better.”

A paper analyzing the company’s 12-month post-treatment outcomes, which is currently in peer review, shows somewhere between 5 to 10 times better outcomes for treating depression and anxiety than normal standard of care, Ranta added.

“The important point is that we are actually spending less provider time, too” he said. “People are doing the work themselves—that’s the beauty of combining the app with the providers. The providers spend somewhere between 10 and 20 minutes per patient per week, which is way less than they would spend in structured psychotherapy. … So it’s kind of a cool thing how technology allows for the implementation of new types of care processes.”

Meru Health recently secured more than $4 million in financing from Freestyle Capital, Bonit Capital, Y Combinator, Lifeline Ventures and IT-Farm. This funding will help the company gather additional data through their pilot programs and publish more case studies and clinical research—all of which will support future growth and open up a world of therapy to any patient with a smartphone.

Currently, the company’s platform is available to patients via corporate partnerships, large health plans and managed care companies. Primary care providers also have expressed interest, Ranta said, and Meru Health is seeking ways to collaborate with primary care networks, primary care clinics and accountable care organizations. Ranta hopes the service ultimately will be offered directly to consumers because, as he well knows, the battle with depression and anxiety is hard enough—gaining access to help shouldn’t be.

“Meru is a summit in the Himalayas, and it was the last summit that was conquered,” Ranta said, explaining his company’s name. “In 2011, a group of climbers conquered the peak, and it was a really, really big deal … and it was super difficult. It’s kind of like a symbol for depression and conquering one’s mind. It’s going to be super difficult, but it’s doable, and with the right team, with help and support, it’s doable.” 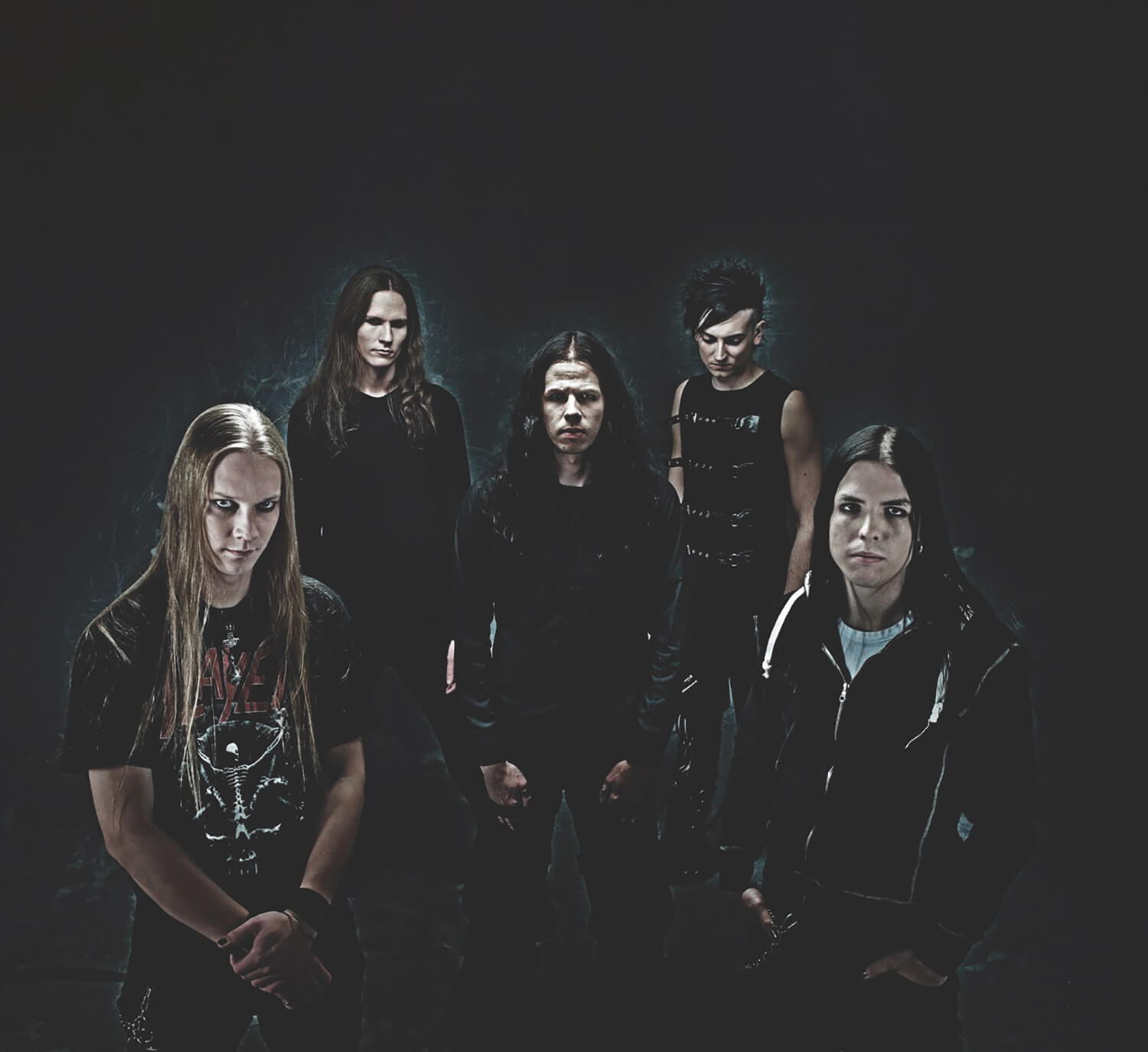 Before Kristian Ranta founded Meru Health, he spent nearly a decade as a member of the Finnish death metal band Norther.

Known by the nickname “Kride,” the now-CEO sang vocals and played guitar. He and his band grew famous in Finland and beyond, playing sold-out shows across Europe, Asia and Canada after a label manager serendipitously picked up a demo they’d left on a table in a rehearsal studio.

“It was so crazy,” Ranta recalled. “Most bands try demo after demo and they don’t get a record deal. We never sent our demo anywhere.”

Ranta thinks back on those days fondly, saying his best memories are hanging out with his bandmates in the van, going to and from their shows. During his time with Norther, he completed his university studies and founded his first company. Although the band is no longer together, some of his bandmates have moved on to ambitious careers—including one who is a physicist and another who just completed his Ph.D. in music therapy with a focus on stroke rehabilitation.

As for Ranta, all those years on stage have helped inform his role as founder and CEO of Meru Health.

“It was a huge help to learn to be natural in front of an audience,” Ranta said. “In the early years, I was pretty nervous in front of the public when we would perform, but eventually you get used to it and then actually really love it. … That’s definitely been very beneficial for my current career as an entrepreneur.”

The band was also like a small company, Ranta added, with management and different members having varying responsibilities—all necessary components for the whole to be successful.