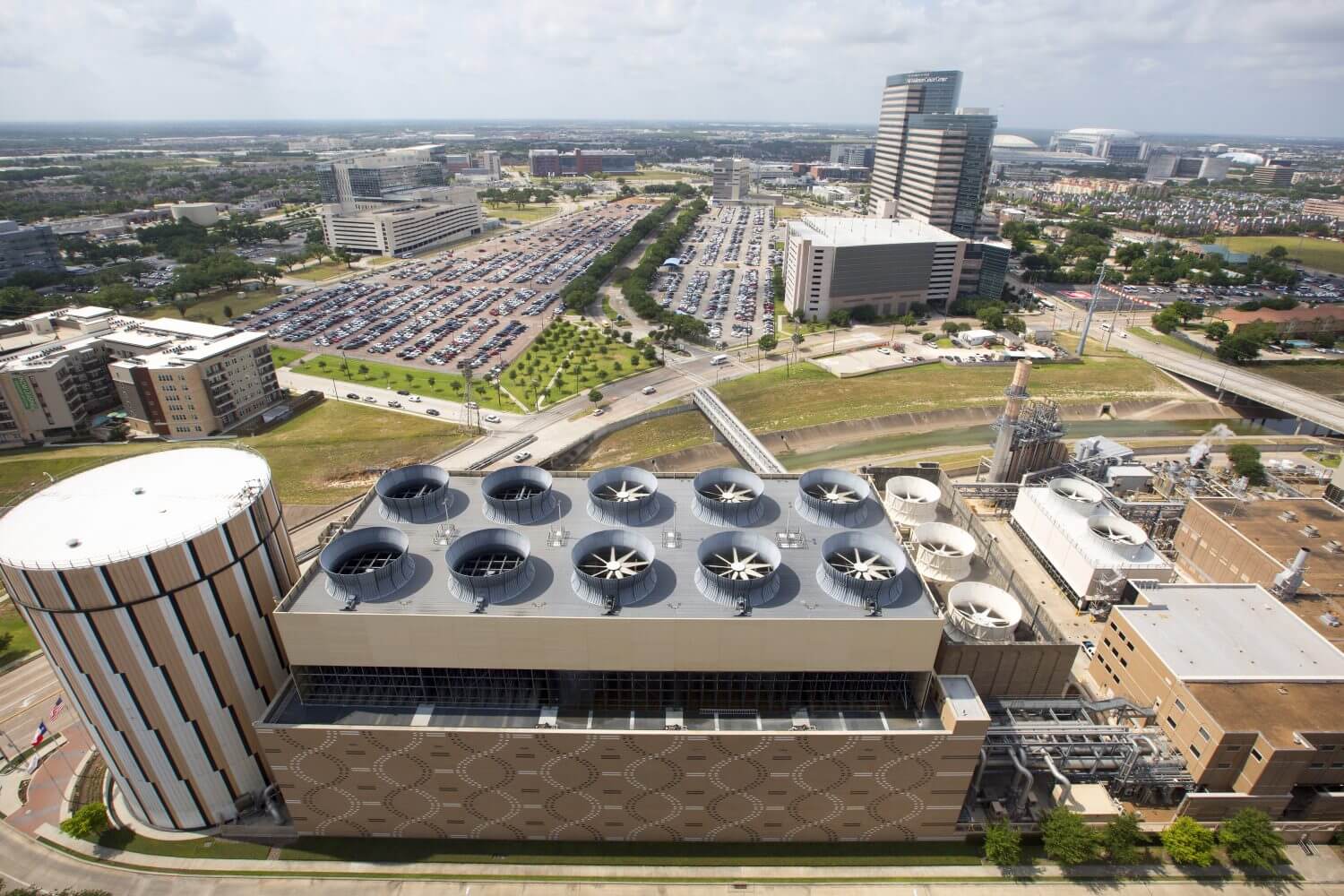 The district energy system that cools and heats the Texas Medical Center won a top industry award in June.

“It is one thing for me to stand up and say, ‘Hey, we do a good job,’” said Steve Swinson, CEO and president of TECO. “But when an independent third party says it, it gives everybody in the medical center some comfort, some confidence. If we don’t do what we do, the hospitals and institutions don’t do what they do.”

The TECO plant produces thermal energy—chilled water and steam—in a closed loop system for 50 buildings and 16 different institutions in the Texas Medical Center, reusing and recycling everything it pushes out. This energy-efficient system means that individual institutions do not have to house and operate their own cooling and heating equipment.

“Chilled water is cooled down to 40 degrees and we circulate it in pipes to air-condition the buildings,” Swinson said. “We send out steam and it is used for cleaning, sterilization, heating—things like that.”

The plant was originally built and operated by Houston Natural Gas in 1969 to serve St. Luke’s Hospital and Texas Children’s Hospital. In 1975, the Texas Medical Center helped bring many of the institutions together to create TECO, a nonprofit.

“We only know of two other systems in the world that are larger—in Dubai and Abu Dhabi,” Swinson said.

Part of TECO’s role is to prepare for the worst. The system was able to maintain service to the medical center during natural disasters including Hurricane Alicia in 1983, Tropical Storm Allison in 2001, Hurricane Rita in 2005, Hurricane Ike in 2008 and Hurricane Harvey in 2017. 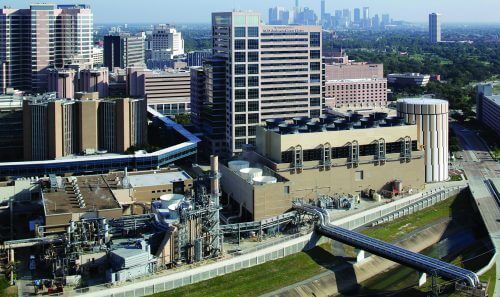 The TECO plant is located by Brays Bayou. (Courtesy photo) 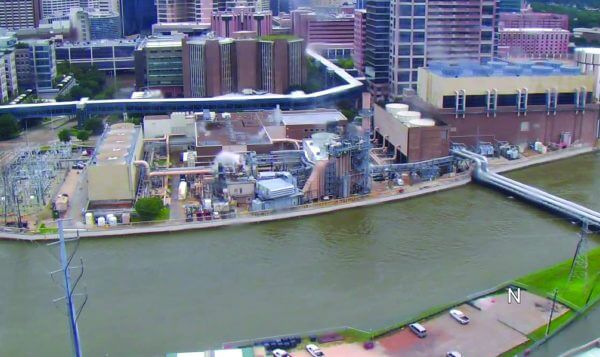 In the aftermath of Hurricane Harvey, water in the bayou had risen significantly close to the plant. (Courtesy photo)

The lessons learned from Harvey, when Houston sustained 60 inches of rain over several days, were small but not insignificant, Swinson said.

“From a tech perspective, it went exactly like we wanted it to go,” he said.” I would say we changed some collateral things. We had 35 employees on the ride-out team on site for five-and-a-half days. We learned we need bigger cots, better mattresses, better pillows. … We learned that we need to do a better job of regimenting our schedules. It’s one thing to push through and work 72 hours when you’re getting five to six hours of sleep each day, but we found that’s not optimal for five-and-a-half days and it sure wouldn’t be optimal for seven days. We learned we almost need a curfew. If you’re off shift, you’ve got to eat and go to bed, even if there’s anxiety and excitement. What if in the fifth day we had a breach?”

TECO competed against district energy systems around the world for the 2019 System of the Year IDEA award. Eighteen different countries were represented at the conference in Pittsburgh where the award was presented.

“This is really an award for the Texas Medical Center,” Swinson said. “We’re unique in that TECO is essentially a cooperative. The institutions we serve govern us, so it’s a testament to 50 years of employees. The vision to create this campus was more than just hospitals, research and education. There needed to be the collateral support function that makes these things happen. TMC employees showed the same vision for that as they did for health care.”