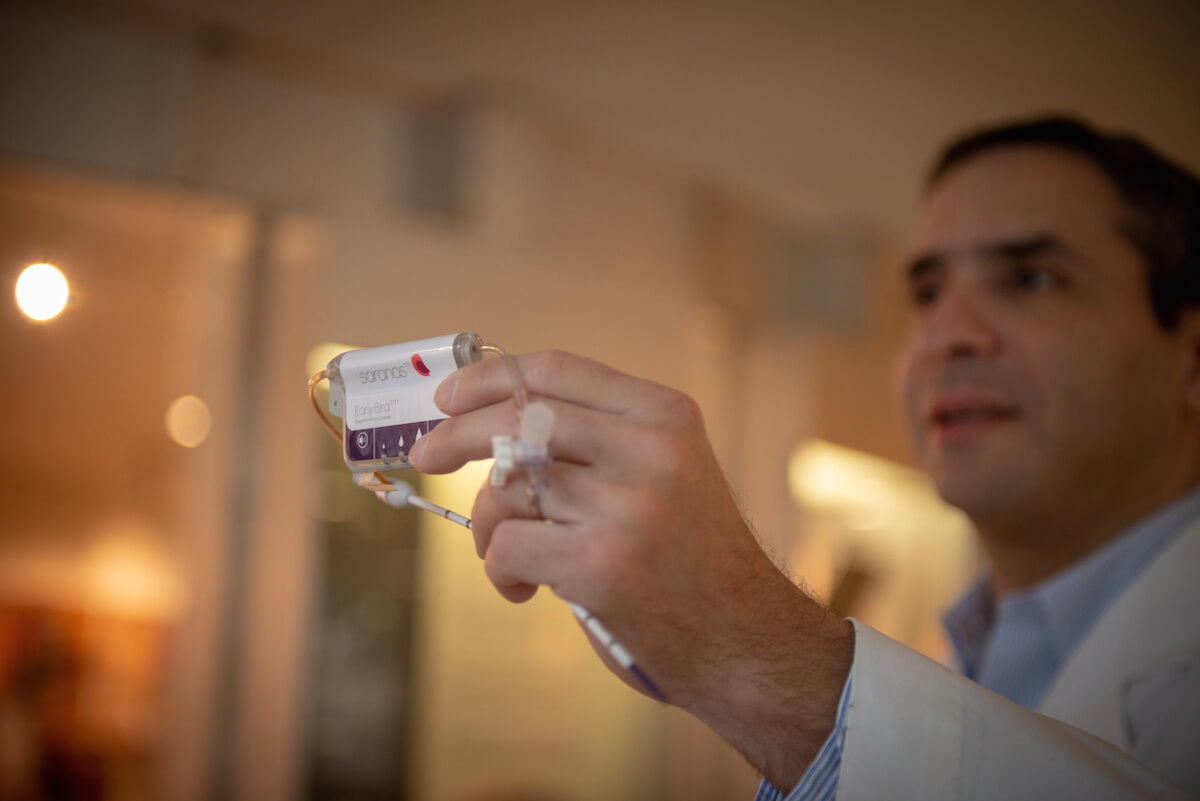 Eleven years ago, while driving along Interstate 45, a spark of ingenuity hit Mehdi Razavi, M.D.

The electrophysiologist was leaving one hospital and heading to another when he received a call that the patient he’d just left was experiencing complications, including a sudden drop in blood pressure. Razavi feared the worst—in this case, internal bleeding. It was something he dealt with in his line of work, testing and treating electrical activity and rhythm problems of the heart, and he was perpetually frustrated that there were no tools to detect bleeding complications until symptoms appeared. When that happened, it usually meant treatment was urgent, blood transfusions would be required and hospitalization would be extended.

And that’s if the patient survived.

But what if, Razavi thought, his eyes fixed on the road, there was a way to discover bleeding before symptoms manifested? What if it was as simple as creating a sheath outfitted with electrodes that could detect impedance—a term used to describe electrical resistance. The electrodes, Razavi speculated, would probably measure extremely low in an area pooling with blood.

It turns out, that is exactly what happens.

“In my subspecialty, we look at electrical impedance all the time, but that’s because we’re looking at ablation catheters and not for other reasons,” explained Razavi, the director of electrophysiology, clinical research and innovations at Texas Heart Institute (THI). “This idea came from the right combination of need and background.”

Razavi worked out his concept and initial design, then brought it to Maria Oden, Ph.D., a professor of bioengineering and director of the Oshman Engineering Design Kitchen (OEDK) at Rice University, a workshop where undergraduate students interested in engineering, math, science, technology and other related fields design and create prototypes to help solve real-world challenges. There, Razavi and a group of students refined what would soon become The Early Bird Bleed Monitoring System. Not long after, one of the initial students, Alex Arevalos, Ph.D., and Razavi cofounded a new company to develop the device—Saranas. 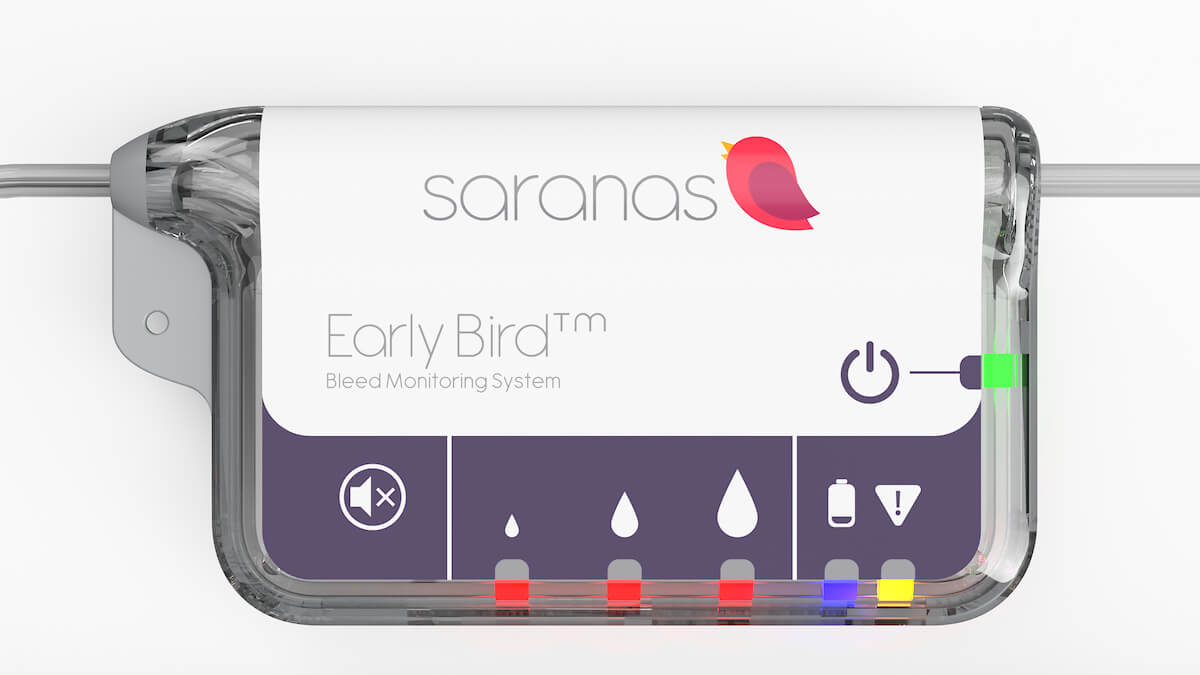 Saranas’ Early Bird Bleed Monitoring System detects and monitors bleeding complications associated with vascular access procedures by employing a special plastic tube, or sheath, much like the ones commonly used for keeping arteries and blood vessels open during surgical procedures so that catheters and other devices can be inserted. The Saranas sheath is fixed with sensors designed to measure the impedance across a blood vessel. When the sheath senses a change in the vessel’s electrical resistance, the device responds with audible and visual notifications to alert the clinical team of a potential bleed. The device is able to detect bleeds almost as soon as they begin, allowing health care providers to avoid what can be costly and sometimes life-threatening complications.

“It’s the canary in the coal mine for cardiologists,” explained Zaffer Syed, president and chief executive officer of Saranas. In fact, the company’s name itself is derived from the Latin word for the Atlantic canary—serinus canaria.

The name Early Bird followed easily from there.

“There is no technology out there that does real-time detection of internal bleeding during these transcatheter types of procedures,” Syed said.

Bleeds can occur for a number of reasons related to a patient’s condition and the type of procedure performed.

Usually, procedures that create a larger hole in the vessel are more difficult to close and can cause more disruptions farther up—including deploying transcatheter valves, percutaneous heart pumps, even thoracic stents. With these procedures, the risk of bleeding can be as high as 20 percent, on average, Syed said.

By the time symptoms of the bleeding appear, the patient often requires a blood transfusion and will likely have a longer stay in the hospital. At that point, the risk of mortality has already increased.

“A single unit of blood actually changes the course of when a patient is going to get out of the hospital, and it can generate a whole host of other problems,” said Kenneth Bueche, chief operations officer of Saranas.

“That’s the problem we’re trying to address,” Syed added. “Our thesis is that by being able to monitor the bleed status of the patient, both during and after the procedure, and being able to inform the clinician early of a potential bleed complication, they’re going to be able to mitigate some of those downstream consequences of the bleed, both from a clinical perspective as well as a health economic perspective.” 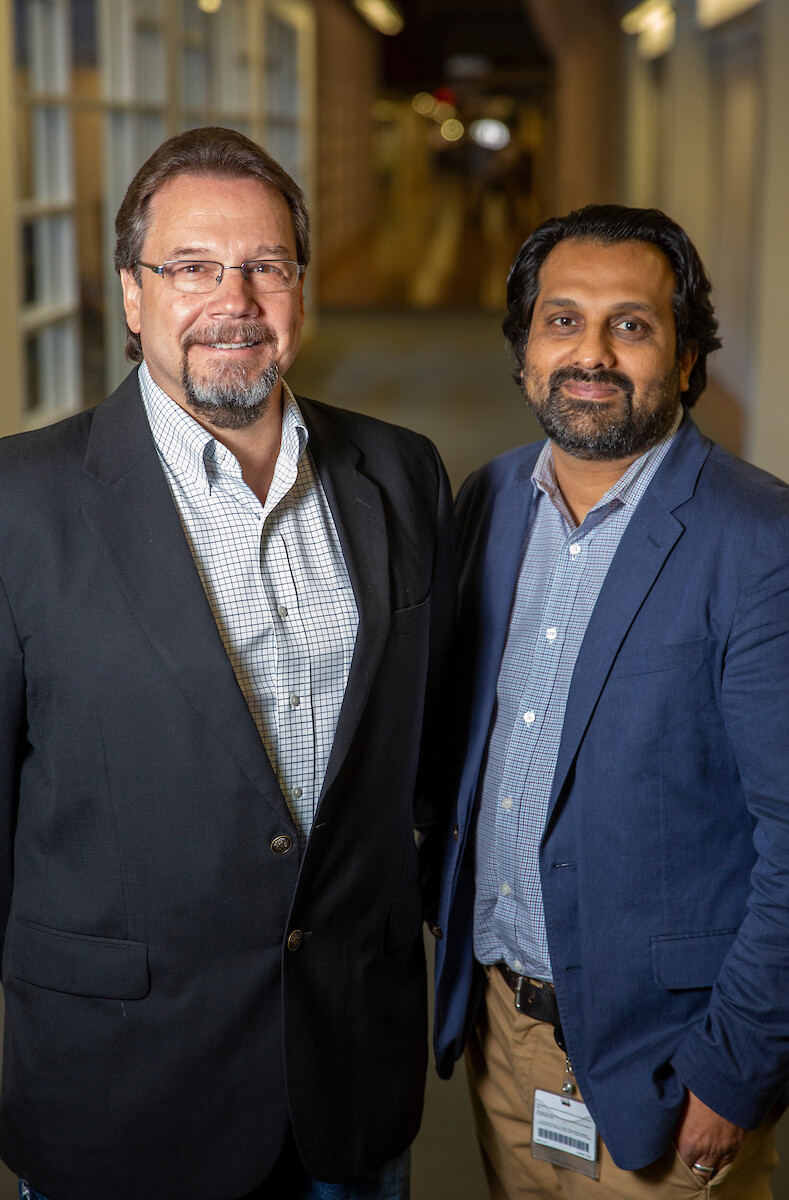 Since the company’s founding in 2013, the technology has been patented, the company has participated in the TMCx accelerator program, joined TMCx+ and raised capital. The device has run through clinical pilots across multiple centers throughout the United States, including two in the Texas Medical Center. And in March 2018, the Early Bird Bleed Monitoring System was approved by the U.S. Food and Drug Administration.

The next step is putting the technology into the hands of clinicians.

“As a company, immediately what we want to do is demonstrate the clinical utility of this novel technology. We’re excited to have the FDA approval and a new product code that allows us to now market this into health systems where we have heard from doctors wanting to try it out,” Syed said. “Our mission is to make these procedures safer, and we think our technology could improve not only the quality of those procedures but hopefully the quality of life of the patients who are undergoing those procedures.”

Razavi is proud of the collaborative process that led to the birth of the Early Bird Bleed Monitoring System.

“I think we could almost be a poster child for what the TMC is supposed to be like,” he said. “Where one person gets an idea and nurtures it through its earliest stages as a seed, and then the plant starts growing with Rice, and then as it matures you turn around and you are at TMCx, then you do preclinical studies at THI, then you have hospitals such as both Methodist and THI participating in the clinical studies. It doesn’t get better than this in terms
of process.”