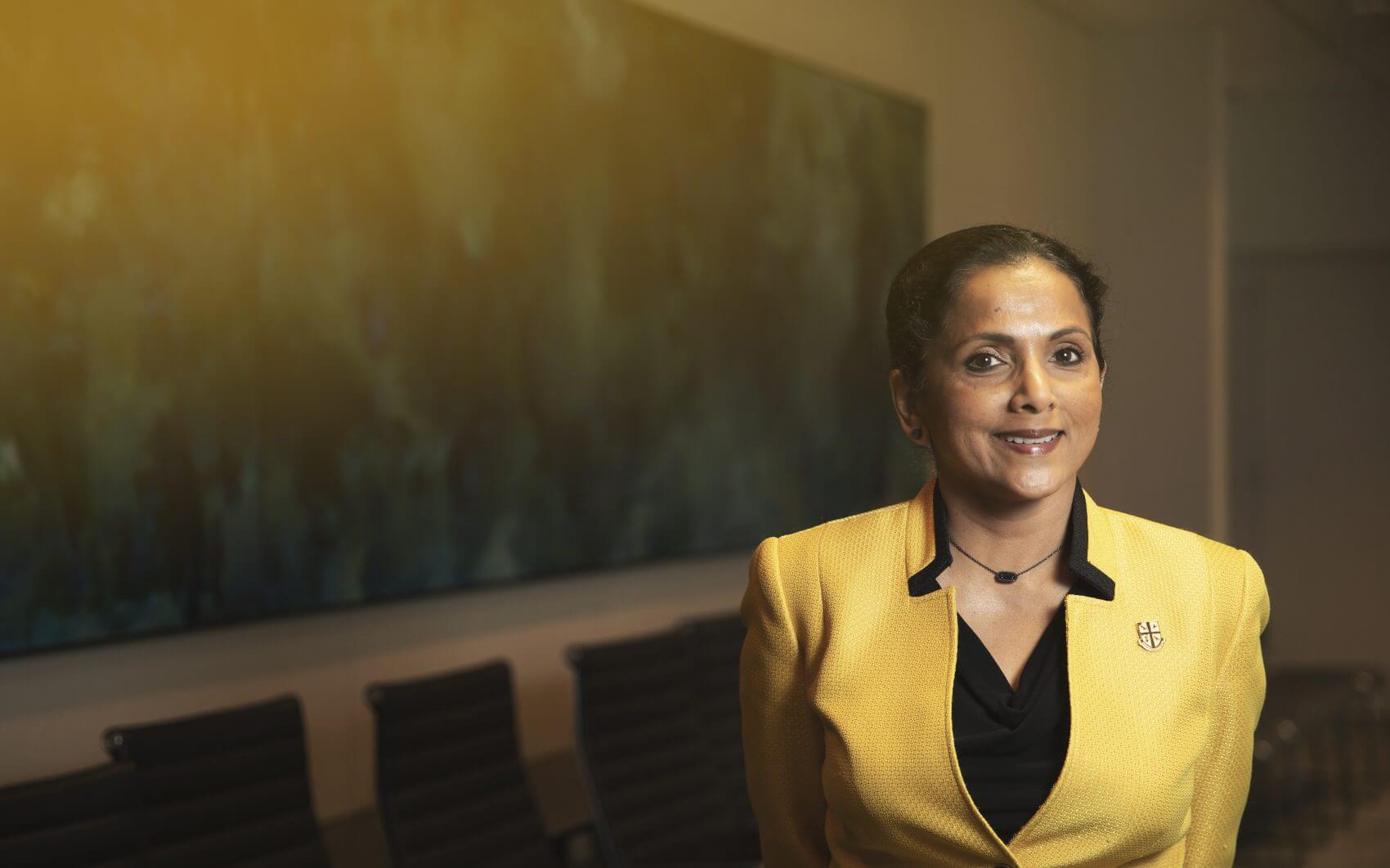 Starting in July, Beena George, Ph.D., will become the first chief innovation officer of the University of St. Thomas.

How does she plan to define innovation in her new role?

“We are going to think innovatively about innovation itself,” said George, the current dean of UST’s Cameron School of Business. “To me, at this university, innovation means doing something better, doing something different to meet the needs of our current students, our future students—even our alumni.”

As part of her current role in the business school, George has overseen the birth of several programs, including the Master in Clinical Translation Management (MCTM), which teaches the commercialization of life science discoveries—how to turn basic laboratory findings into medical devices, drugs or clinical processes.

“We did the MCTM program in collaboration with Houston Methodist Research Institute,” she said. “They approached us and we felt that this was the type of innovation that really helps humans in this city. We had this program up and running in a year.”

A Catholic university in the Basilian tradition, UST seeks to enrich the lives of students intellectually, spiritually, morally, socially and physically. Community is the key to growth.

“Often, when we think of innovation, we think of an individual effort—a person working alone against the current,” George said. “But I think academic innovation has to be of a community. It’s important to break down the silos so that every-thing and everyone comes together.”

The university is poised for growth. In April, UST announced the creation of a satellite campus in Conroe, Texas, slated to open in 2020 at Deison Technology Park. The university plans to launch a nursing program there, along with an accelerated bachelor of science nursing program for second- degree candidates.

UST’s five-year roadmap for the future, known as “The Call Toward Tomorrow,” states that innovation must be learner-centered. In part, that innovation goal translates to new student opportunities, but it also means revisiting the programs and processes already in place.

“In the last year, we have started six different programs, and some of those are in technology—including a Master of Science in Applied Data Science,” George said. “We have three associate degrees, in cybersecurity, electrical technology and network technology. When people think about innovation they are often thinking about technology or entrepreneurship. They’re using the word ‘innovation’ as a synonym for ‘entrepreneurship,’ but you could innovate in the processes you currently have. Those kinds of incremental innovations help organizations become more efficient and free up resources.”

And we cannot assume that all innovation is positive, George added.

“Everybody tries to make sense of their world,” she said. “We have a conference every year in November at the business school and last year the symposium was on the ethics of innovation. We always assume that innovation is good, but you just have to think about it. That conscious thought is important. People like to have luxuries, but I think people don’t realize what a luxury it is to have time to think—to learn new things and to build on what you learn.”