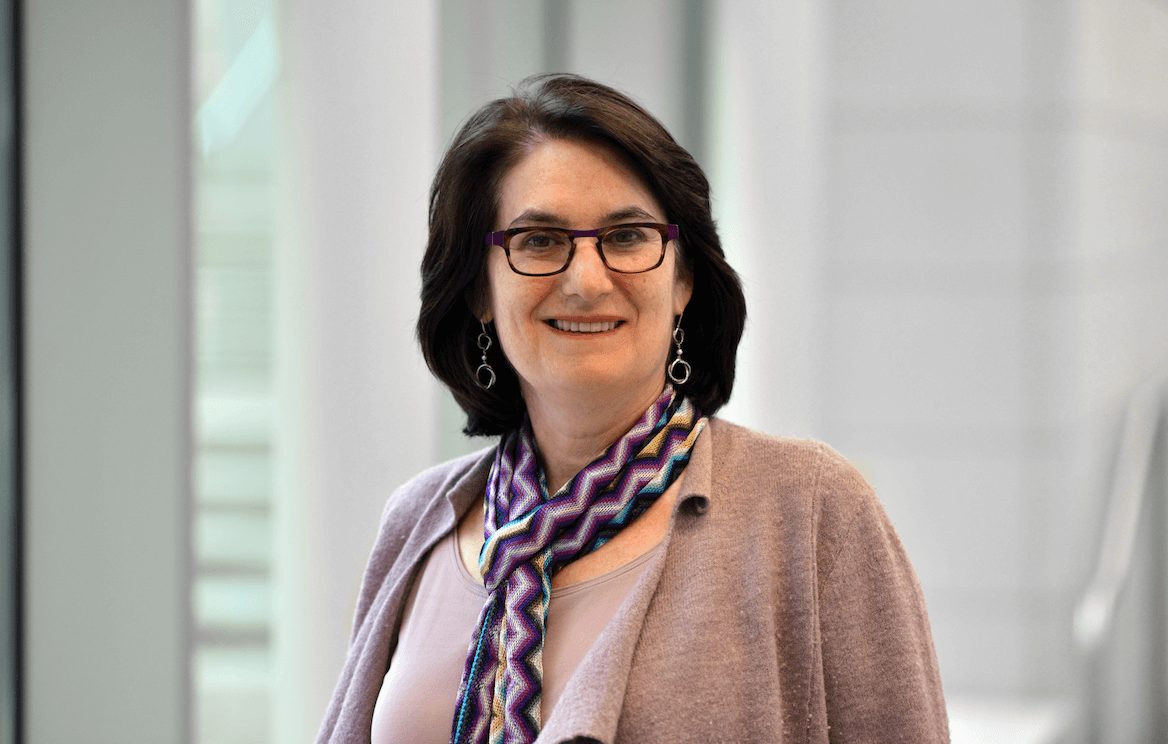 When Maria Menounos discovered she had a brain tumor in 2017, the former E! News host was in the process of caring for her mother, who had been diagnosed with brain cancer—specifically Stage 4 glioblastoma.

The television personality devoted a show in her weekly podcast, Better Together with Maria Menounos, to the topic and spoke with Melissa Bondy, Ph.D., professor of medicine and epidemiology and population sciences at Baylor College of Medicine, who has spent her career researching familial brain tumors. The other guest was Keith Black, M.D., chair of the neurosurgery department at Cedars-Sinai Medical Center in Los Angeles.

Additionally, May is recognized as Brain Tumor Awareness Month.

Bondy is working on Gliogene, the largest genetic study of glioma in families that aims to find a genetic link to brain tumors. To date, 400 families have participated in various iterations of Bondy’s study.

The National Brain Tumor Society estimates that 26,170 people will be diagnosed this year with a malignant brain tumor. Of the group known as a glioma, Bondy and her team are looking for the nearly 1,000 people and their relatives who are likely to have a familial disposition.

“One of the critical factors for brain tumor survival is the amount of tumor you remove,” Bondy said. “We are still at a point where we don’t have really great treatment either. Right now, the treatments are radiation, surgery and temozolomide and after those have failed, there is a potential they can add in some other treatments including immunotherapy clinical trials.”

Fortunately, Menounos was able to undergo a seven-hour surgery to remove her brain tumor. Her mother has been living with glioblastoma for three years.

According to the National Brain Tumor Society, 700,000 people in the United States are living with brain tumors. Notable Americans including John McCain, Ted Kennedy and Beau Biden have revealed their diagnoses to raise awareness about the rare, deadly cancer.

The Gliogene study, which is supported by the National Cancer Institute, aims to identify the exact set of genes that can indicate a familial risk for glioma. The work is being conducted in coordination with Benjamin Deneen, Ph.D., professor in Baylor’s Stem Cells and Regenerative Medicine Center and member of the Dan L Duncan Comprehensive Cancer Center, and Matthew Bainbridge, Ph.D., associate director of clinical genomics research at the Genomics Institute at Rady Children’s Hospital in San Diego.

“We haven’t done all of the discovery, but so much has been done with breast cancer that you know what to test for,” Bondy said. “There are a whole series of genes that you can test and you know what familial risk is based on the mutations they have. But for brain tumors, we don’t know that.”

Bondy and her team have identified Pot1, a gene that regulates the telomeres, causing them to be elongated and increasing the risk of brain tumors.

Much like the Menounos women, Bondy and her team at Baylor are looking for more families who have been affected by glioma to participate the Gliogene study.

Enrollment in Gliogene is now open. Participants may be eligible if they and a biological family member have been diagnosed with glioma.

“With brain tumors, it’s not the same thing as breast cancer. You’re not going to go in and have a lobotomy,” Bondy said. “If there is a tumor there, you can remove it, but you don’t know where the tumor is going to occur. We have gotten to the point with breast cancer that we know how communicate risk of developing breast cancer given certain mutations, including people who have a family history and we hope to get there with glioma.”