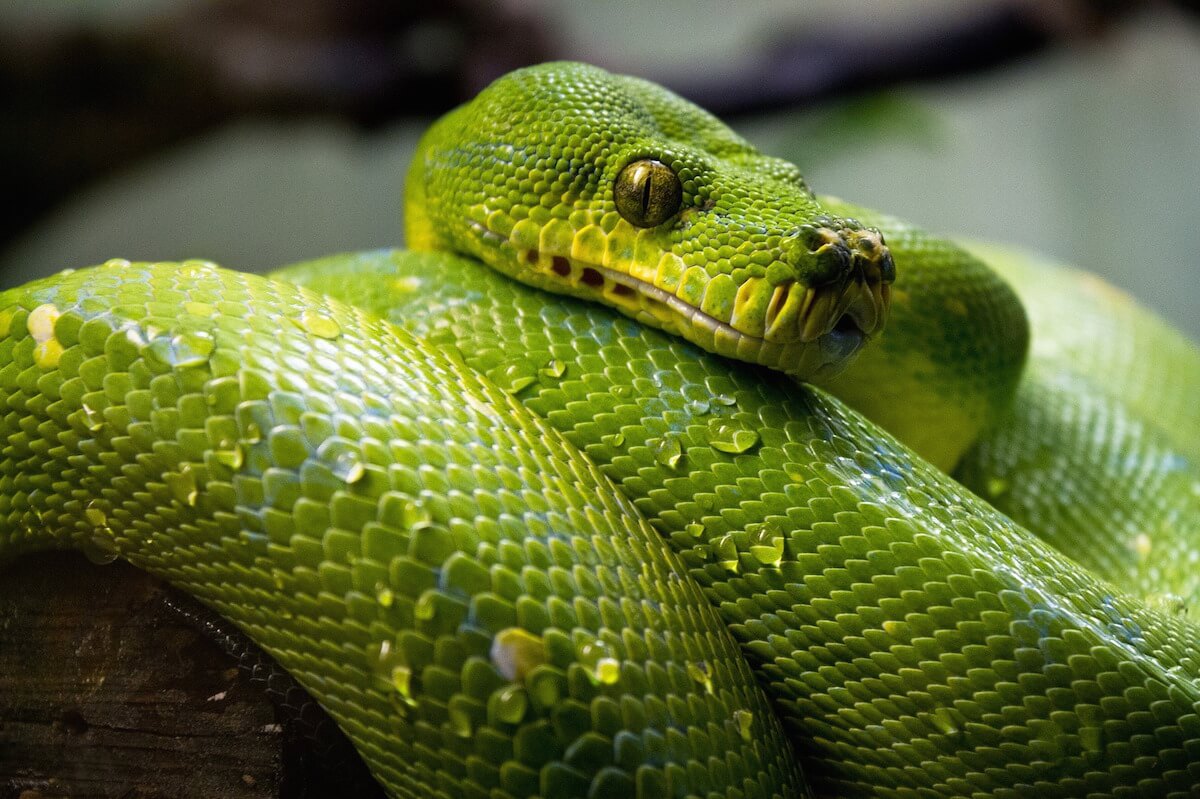 Did you know that snakes can still bite and kill after they are decapitated?

That’s a frightening image but also potentially lifesaving information about envenomation—one of many facts that Spencer Greene, M.D., is spending his career setting straight. One of his biggest platforms? The Houston Venom Conference—an annual, daylong event in its seventh year.

Hosted by Baylor College of Medicine and Texas Children’s Hospital, the sold-out 2019 conference on April 30 focused on topics ranging from the proper management of different types of envenomation that could occur in Southeast Texas, including spider bites, snakebites, scorpion stings and jellyfish stings as well as exposures to asps and assassin beetles. Open to clinicians, first responders and the public, the Houston Venom Conference is led by Greene, who serves as director of medical toxicology consultation services for Baylor.

“Last year, we had 160 attendees, and this year we have more than 310—the auditorium is at capacity,” Greene said.

The Houston Venom Conference aims to educate health care providers about the basics of envenomation management and when expert consultation may be necessary. Greene also hopes that potential envenomation victims attending the conference will learn how to best handle exposures before reaching a hospital. 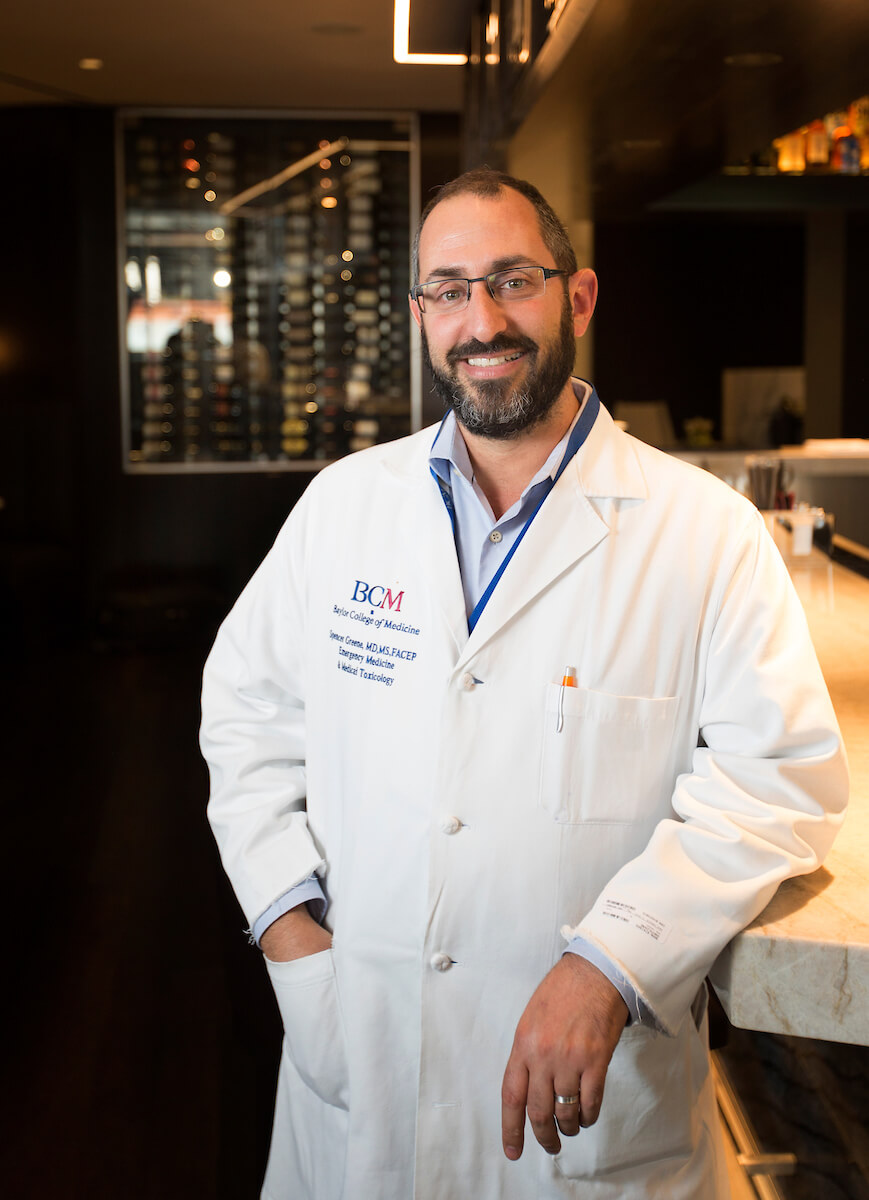 Speakers of this year’s event included world-renowned envenomation specialist Sean Bush, M.D.; private-sector reptile enthusiast Ray Morgan, creator of The Venom Interviews documentary; Jordan Benjamin, a paramedic who has spent more than a decade treating snakebites in Africa; Nicklaus Brandehoff, M.D., chair of the American Academy of Clinical Toxicology Envenomations Section and experts from the Houston Zoo. The lectures ranged in topics from snakebites in India and Sub-Saharan Africa to the history of electrical therapy in envenomation management and the hazards of home aquaria. Experts also offered practical instruction for anyone exposed to or charged with treating envenomation.

The conference was first held in 2013 after Greene moved to Houston and observed numerous instances of mismanagement of snakebites and spider bites. Even worse, interventions which had been proven ineffective for decades such as unnecessary surgery and inappropriate antibiotic use were still in practice.

“Very few doctors actually know anything about it—it’s not something that’s commonly taught in medical school,” said Greene, who worked as a paramedic prior to entering medical school. Already interested in toxicology, he became fascinated with native snakes, spiders and scorpions during his deployment in Iraq. “Some of the things that were being done here—and are unfortunately still done sometimes in Texas—have been shown to be useless at best and dangerous at worst. We were doing things that could result in increased morbidity and potentially, mortality … and I just realized, there is a major need for this because so many people were getting substandard care.”

Greene’s hope is that attendees of the conference will share what they learn with colleagues and friends so that myths and misconceptions surrounding envenomation in Southeast Texas will begin to be replaced by facts and knowledge.

The worst things to do

“Aggressive surgical intervention, we now know, is one of the worst things you can do for snakebites,” Greene said. “Surgery doesn’t help in any way. All it does is take a bite and make it worse.”

Why? Because snake venom, he explained, is often described as a “soup of antigens”—full of dozens of components that each attack a victim differently and can cause extensive tissue damage.

“Time is tissue,” Benjamin noted during his presentation, emphasizing that the quicker a patient can get treatment, the better the outcome.

Antivenom, Greene said, is the best treatment for snakebites.

In Southeast Texas, clinicians should use CroFab, the only FDA-approved antivenom for North American pit vipers, which include copperheads, rattlesnakes and cottonmouths. (A different antivenom exists for coral snake bites.)

Antibiotics are also unnecessary, unless there is an infection, which is exceptionally rare, Greene said. Other potentially harmful practices? The use of venom extraction devices, sucking out venom, tourniquets, pressure immobilization, electrical shock therapy, applying ice or heat and positioning the affected extremity below the heart.

“One of the most important things we do when someone arrives at the hospital with a typical snake bite is to elevate,” Greene said. “A lot of places keep the extremity flat or, even worse, below heart level, thinking it will decrease systemic absorption. That may or may not be true, but what it does do is result in more damage to the affected extremity.”

The myths surrounding envenomation endure. Baby snakes are not more poisonous than adults. Snakes in Southeast Texas are not typically aggressive and generally only attack when they feel threatened.

While snakebites are the most common envenomation Greene sees, he also treats individuals exposed to other venomous creatures, including spiders. He said that it is extremely rare for patients to have a brown recluse bite, which causes tissue damage.

Becky Futch, who worked for years at the Houston Zoo as their “jellyfish keeper,” said during her presentation that it’s also important not to touch the affected area because the tiny nematocysts will continue to fire and “sting” their victim if any pressure is applied. Instead, she said to use a knife or credit card edge to scrape them off and, if possible, administer an oral antihistamine.