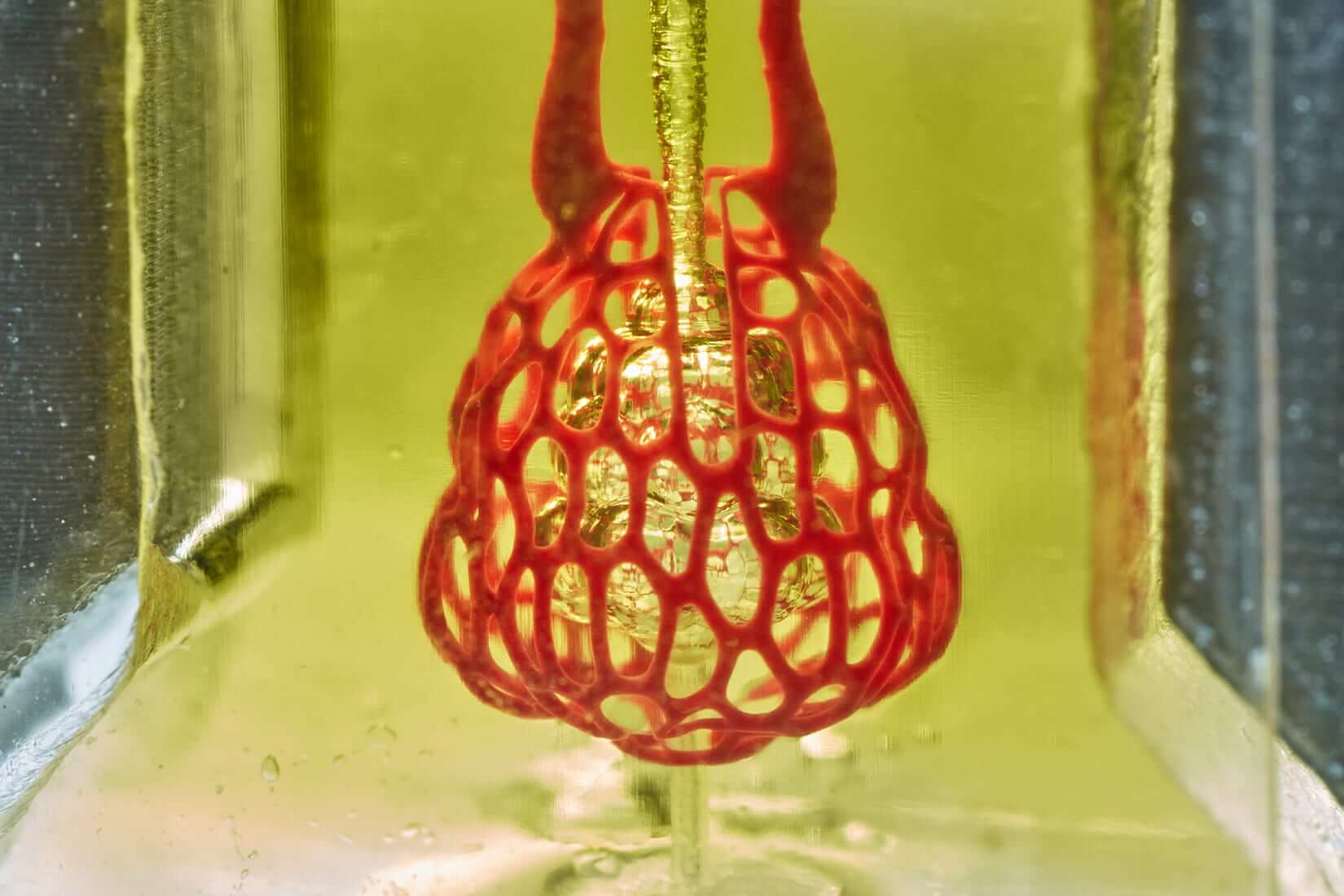 A breakthrough technique developed by a bioengineer at Rice University is bringing 3D-printed organs one step closer to reality and has been featured on the cover of this week’s issue of Science Magazine.

One of the biggest challenges for the bioengineering field in bioprinting functional tissue has been the inability to recreate the complex architecture of vascular networks that supply blood and nutrients. That meant scientists needed to get creative.

“In biology, you have this idea that form follows function. The form of a biological structure is an evolutionary consequence of its function,” said Jordan Miller, Ph.D., assistant professor of bioengineering and founder of the Advanced Manufacturing Research Institute (AMRI) at Rice University. “In bioengineering, we’re asking the converse question: Will function follow form? What we’re trying to do is build living tissues that can replicate some of the architecture that we observe in the body”

Developed by a team of bioengineers led by Miller and Kelly Stevens, Ph.D., assistant professor of bioengineering in the University of Washington College of Engineering, this new bioprinting technique—”stereolithography apparatus for tissue engineering,” or SLATE for short—enables scientists to create intricate multivascular networks that mimic those found in the body that are essential to delivering blood, oxygen and nutrients to organs and tissue.

“This is a much more accurate representation of human tissue because some of our organs are more complicated in terms of their architecture,” Miller explained, citing the lung, liver, kidney and pancreas. “They don’t just have one vessel architecture; they have multiple independent vessel architectures that are occupying the same organ but never touch. It’s important that they never touch. If that happened in your lung, you would get blood in your airway or air in your bloodstream. Both of those are fatal.”

One prototype, a lung-mimicking air sac made of a hydrogel material, is the visual on this week’s Science magazine. The proof-of-principle model is 4.5 millimeters at the widest point—smaller than a penny—and contains blood vessels 300 microns in diameter that do not touch.

The team decided to create the prototype that size to focus on the smallest functional microtissue architecture that repeats its pattern throughout the tissue.

“If we could study a distal lung subunit and make that very efficient—if we build more and more of them into a 3D gel volume in a way that they can be interconnected and plumbed correctly—then that could allow us to build functional mimics of human lung tissue,” Miller said.

Bioprinting fully functioning human organs has been a goal for bioengineers since the advent of 3D printing. Success would help to address the organ donation shortage in the United States. As of January 2019, there are more than 113,000 people on the national transplant waiting list, according to the U.S. Government Information on Organ Donation and Transplantation. Another person is added to the waiting list every 10 minutes, while 20 people die each day waiting for a lifesaving organ. Only 58 percent of adults are registered donors.

This new technology could allow doctors to bioprint replacement tissue and organs using patient’s own cells in the future.

“In the shorter term, we definitely need a lot more people to register to be organ donors. This is a continued need in the medical space. Organ transplant is still the best and, in some cases, the only treatment for some conditions,” Miller said. “As we look longer term, we’re very excited about the potential for building human tissue replacement made from their own cells.”

Miller said he believes 3D bioprinting will play an integral role in medicine in the next 20 years. Although it will still be several years before doctors implant a bioprinted organ in a patient, the team has made the technology available to help other researchers.

“We’ve used a lot of open-source technologies to further our work and we’re contributing back to the open-source community the designs of our 3D printer and all the designs of our hydrogels that we fabricated in this work,” Miller said. “We’re very excited to see other people try to pick up this technology and hope these vascular architectures could be useful for other people in their research.”