Texas A&M's EnMed program to offer M.D. and an M.S. in engineering 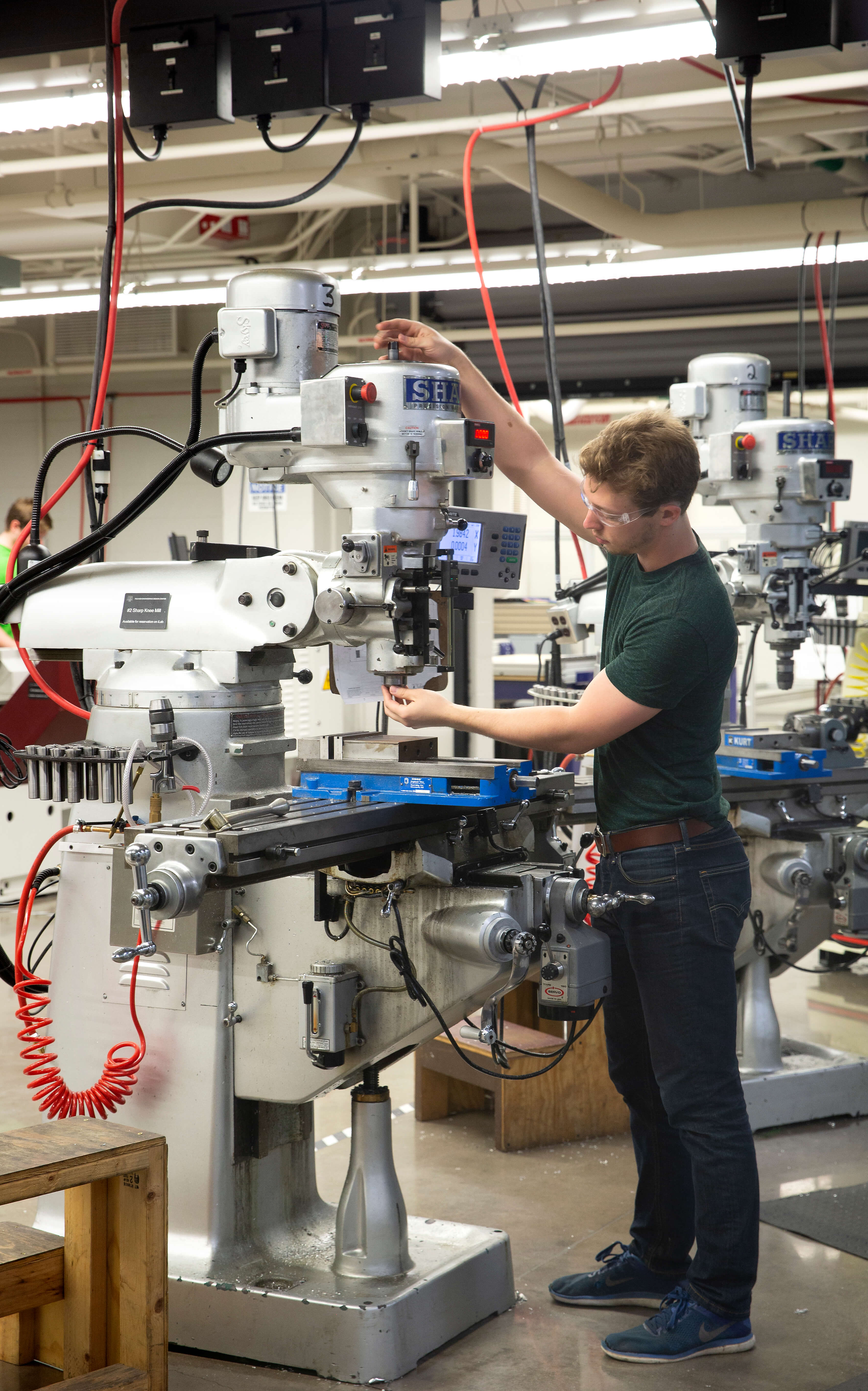 Medicine and engineering have long been taught in separate silos, but the rapid growth of wearable technologies, biomedical devices and digital health—born from the convergence of these two fields—necessitates integrated training.

“Engineers are trained to be problem solvers, and medicine is full of problems,” said Roderic I. Pettigrew, M.D., Ph.D.

This summer, 25 students will matriculate in Texas A&M University’s inaugural Engineering Medicine program, EnMed for short, to earn both an M.D. and an M.S. in engineering. EnMed is a joint project of Texas A&M’s College of Engineering, its College of Medicine and Houston Methodist Hospital that integrates the medical school curriculum with engineering and entrepreneurship.

“The convergence of the life sciences and the quantitative sciences and engineering has been gaining momentum over the last decade and a half, recognizing that this is the most logical and promising way to solve some of our greatest health care challenges,” he said. “If we’re going to try to tackle our biggest health care problems, we would have to have an approach based on this convergence.”

A handful of universities across the country—including Duke, Columbia, Dartmouth, Stanford and the University of Minnesota—have established dual-degree M.D. and M.S. in engineering programs in response to the growing need for a multidisciplinary approach. However, while the M.D./M.S. programs at the other universities separate their medical and engineering curricula in separate years, EnMed blends the two together in a simultaneous, integrated fashion.

“It became very clear that we already have a world-class engineering college and we have a health sciences center,” said Carrie L. Byington, M.D., dean of the Texas A&M College of Medicine and vice chancellor for health services at the Texas A&M University System. “If we were able to pair those together, we could really become leaders in the nation in an emerging field.”

As an engineering-based medical school, EnMed requires all students to have completed their undergraduate degree in engineering (electrical, mechanical, material science, etc.) or computer science. Students will begin their dual-degree program with a three-week engineering boot camp and then four years of medical school integrated with engineering and mathematics—all in Houston.

“We wanted to integrate it every day throughout the week, so the engineering side of their brain could begin to think about medical problems,” said Timothy B. Boone, M.D., Ph.D., co-director of the Institute for Academic Medicine at Houston Methodist and associate dean of the Houston campus for Texas A&M College of Medicine. “The way [engineers] are taught to think through a problem is so different than the way [doctors] think through medicine.”

EnMed’s physicianeers will be trained to serve a dual purpose: to diagnose medical problems and to develop new, creative solutions and treatments with an engineering mindset. In order to graduate, students are required to invent something innovative yet clinically meaningful in areas including diagnostic tools, nanotechnology, biomaterials, telemedicine and more.

Students must demonstrate that they can identify a problem, develop a workable solution and create a prototype for testing.

“The kind of person we plan to train represents a new mind— different from the traditional medical mind, different from the traditional engineering mind, different from a physician who subsequently learns engineering, different from the engineer who subsequently learns medicine,” Pettigrew said. “It is a new kind of brain that we really don’t have now, not in any substantial degree. We don’t have individuals who have been trained this way, to have this blended understanding. From this new mind, we can imagine that people will be better equipped to not only recognize problems, but have bright ideas, imaginative approaches, innovative approaches, to solving these problems and challenges.”

Interest in integrating
For Pettigrew, becoming a physicianeer has been a lifelong goal.

He started with a B.S. in physics from Morehouse College, earning his M.S. degree in nuclear science and engineering from Rensselaer Polytechnic Institute in 1973 and Ph.D. in applied radiation physics from the Massachusetts Institute of Technology (MIT) in 1977.

Throughout his years in academia, Pettigrew harbored a deep interest in integrating his physics background with medicine. He researched the application of boron-neutron capture therapy for malignant brain tumors while at MIT and subsequently earned his M.D. from the University of Miami’s Leonard M. Miller School of Medicine.

Pettigrew became the first director of the National Institutes of Health’s National Institute of Biomedical Imaging and Bioengineering (NIBIB), an agency founded in 2002 and charged with improving health by leading the development and accelerating the application of biomedical technologies.

He admitted that he came “relatively close” to becoming the type of physicianeer EnMed will train, but learning engineering and medicine separately isn’t the same.

“I wish that I had been learning the life sciences to the same degree at the time that I was learning physics and engineering … so I could understand the natural interplay … of all of these disciplines,” Pettigrew said. “If I’d gotten it from the beginning, I think right out of school the fountain spring of ideas of how to approach problems would have been much greater and much quicker. I think this would accelerate the production of successful creators and innovators and more effective and efficient solutions.”

Bilinguality
While companies have developed a plethora of devices and technologies to solve health care problems, there remains a disconnect between these devices and their real-life applications.

“I had an engineered product years ago for incontinence, but it was uncomfortable and difficult to insert and remove,” Boone recalled. “It worked mechanically, but it didn’t fit the human body. It was just too obtrusive and certainly too painful to place and remove, I remember thinking, and this was 20 years ago. The idea was right, but the execution was completely wrong.”

Translating a new piece of technology into the clinical or surgical setting isn’t an exact science. Because medicine and engineering have traditionally been taught separately, there hasn’t been a lot of cross talk between the two fields.

Doctors have their medical-speak and engineers have their own jargon. It’s easy to see how important information could get lost in translation when two groups of people don’t speak the same language.

EnMed aims to eliminate that communication barrier and train students to be bilingual in medicine and engineering. Byington, a Mexican-American who was raised on the southern border of Texas and grew up speaking English and Spanish, knows the importance of dualities all too well.

Her upbringing informed the way she views the world and medicine, motivating her to practice two specialties: general pediatrics and infectious diseases.

“Sometimes disciplines don’t work well together because translation can be very difficult,” she said. “The people that we are bringing will be those translators. They will be able to speak both languages. … We need health care professionals who are experts in technology and who can translate, if you will, to engineers and others the needs of patients.”

A bigger footprint
The EnMed program will be housed in Houston on the sixth floor of Houston Methodist’s West Pavilion and at the Texas A&M Health Science Center’s Institute of Biosciences and Technology.

In 2017, Texas A&M purchased an 18-story tower and a 2-story low-rise building at 1020 Holcombe Blvd., in the Texas Medical Center. After renovations, the building will support the pre-clerkship education of EnMed students and be outfitted with classrooms, a multidisciplinary teaching lab and standardized patient/simulation space, as well as a maker space equipped with specialized equipment for students to create new devices and technology.

“When you look at the ecosystem of the Texas Medical Center, by being able to bring in engineering and biotechnology, we are filling a new niche. We are adding something new and innovative to an already thriving clinical environment,” she said. “We are going to see so many inventions come out of this program. It’s going to change the way that we deliver health care. The first patients that are going to benefit from it will be the patients of the Texas Medical Center.”

The first class of students will graduate in 2023. Although Pettigrew said he is “not so idealistic to think that each one of these physicianeers will solve every problem in health care,” he believes EnMed will prepare them for more “eureka moments.”

“We’re creating the fertile environment and the education that is likely to give rise to this fruit, so it’s very difficult to predict what these [students] will come up with,” Pettigrew said. “But we can look at history and get some idea, and see that when you take bright, imaginative minds, who have boundless creativity, who have limitless imagination, who have the potential for unbridled innovation, and give them the tools to do all of those things, it’s beyond our imagination to really know.”