MD Anderson teen patients past and present prepare for the prom

Now past treatment, Aaliyah Parker shares how she picked the perfect dress and accessories

MD Anderson teen patients past and present prepare for the prom 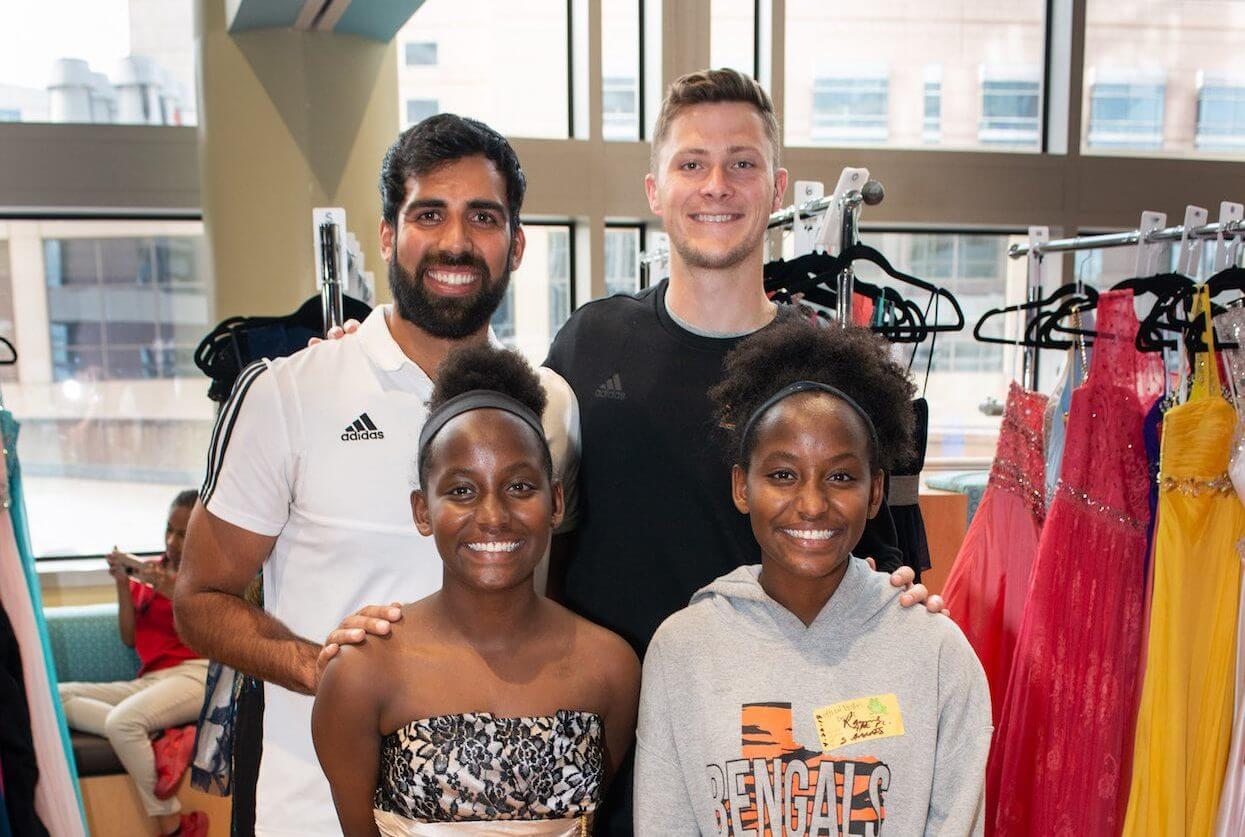 Aaliyah Parker is preparing to attend her first prom this week.

On Saturday, the 12-year-old will join other University of Texas MD Anderson Cancer Center patients at the Prom Party Palooza.

“I looked through 10 or 15 dresses, but I picked a blue one because blue is my favorite color,” Aaliyah said. “It has these really pretty gemstones on the top and it is a two-piece dress.”

To complete her look, Aaliyah picked out a pair of SJP by Sarah Jessica Parker heels among 500 pairs of shoes donated to the hospital in person by Parker last week.

“They are tall heels and they are glittery all around,”Aaliyah said. “I’ve been walking around in my house to practice so I don’t fall when I dance.”

And while Aaliyah is dancing the night away at MD Anderson on Saturday, her new Dynamo friends will be honoring her and every other MD Anderson patient on the field at End Cancer Night.

End Cancer Night will be held at BBVA Compass Stadium at 7 p.m. Saturday, April 27 as the Houston Dynamo take on Columbus Crew SC. The event will honor those impacted by cancer and will feature a halftime performance by Caly Bevier, an America’s Got Talent Season 11 semifinalist and stage 3 ovarian cancer survivor.

“We are excited for the opportunity to join forces with Houston Dynamo fans in the fight to end cancer,” MD Anderson President Peter WT Pisters, M.D., said in a press release. “End Cancer Night will give us the chance to honor and support the countless patients and their families fighting this battle as well as raise awareness about the importance of cancer prevention and education aimed at reducing your cancer risk.”

Aaliyah was diagnosed with Ewing’s Sarcoma in November 2016.

“I’m done with treatment now, but when I was in fourth grade, I had a major headache and when I got home, I had a high fever,” Aaliyah recalls. “I had to go to Children’s Memorial Hermann Hospital for a week and they found a tumor in my abdomen.

“Aaliyah had to do 14 rounds of chemotherapy, undergo a 10-hour HIPEC (hyperthermic intraperitoneal chemotherapy) surgery, and complete 20 days of radiation,” Sarah Parker said. “She finished treatment on September 9, 2017, so we are 18 months out from treatment. We go back for appointments every three months.”

In addition to her fabulous new dress and shoes, Aaliyah selected glittery opal necklace by Kendra Scott. She plans to style her hair at home, but is looking forward to having her makeup and nails done at the prom.

“I’m not the best at makeup and I don’t wear it, but I want kind of a natural look with some gold eye makeup,” Aaliyah said.

Aaliyah’s entire family—mom, dad, twin sister and two older brothers—will get to join her at the prom this year, which has a carnival theme inspired by The Greatest Showman blockbuster.

After a scare when doctors found a small spot on her liver, Aaliyah is now healthy, enjoying sixth grade and playing volleyball.

“I really love how MD Anderson still invites you to activities after treatment and I love all the things they have for you to do when you are in treatment too,”  Aaliyah said. “It’s all really fun and they have the best food and you can meet great friends. That is why I love MDA.”